Naomi Fryers knew alleged cancer faking fraudster Belle Gibson before she was (in)famous — and she too was allegedly taken for a ride.

I TAKE NO PLEASURE in writing this piece and have thought long and hard about adding fuel to the current media frenzy that is the Belle Gibson scandal. Ms Gibson, who is also known as Annabelle Natalie Gibson and, most recently, Harry Gibson, is reported to be the brainchild of The Whole Pantry, a health and wellness technology application and book set up while she battled terminal cancer. Her social media driven empire has recently faced public scrutiny by a range of media outlets and bloggers, particularly in relation to fundraising undertaken in charities’ names, for which funds were allegedly not received. Furthermore, there is a large question mark over the facts as presented by Ms Gibson which include her multiple cancer diagnoses.

I was prompted to write this by my regret that someone to whom I was connected through social media (and who I cared about) has been embroiled in such a public demise.

The fallout from the Belle Gibson story has been dramatic, to say the least. It has had far reaching ramifications including the public standing of charity fundraising events, Ms Gibson’s friends and connections as well as iconic brands including Penguin and Apple. Alongside my own personal emotional responses of anger, disbelief, shock and an overwhelming sense of sadness, I – as I have heard others express – feel most for the welfare of Belle’s young son.

I knew of "Belle Gibson" before she was quasi famous. She entered my social networks as a friend during a time of turmoil in my life. I had experienced a severe alleged reaction to the Gardasil vaccine and was investigating my legal options, including launching a class action lawsuit against Gardasil’s manufacturer, Merck. Belle added me as a friend on Facebook claiming she too had been a victim of a serious adverse reaction, including seizures, to the vaccine. I took Belle at face value, something which I now question myself for doing. Although at that time there was no talk of her having cancer, I felt for her, as I believed her plight was similar to that of my own.

Post-inoculation with Gardasil, I suffered greatly with neurological issues – facts that were presented to the Therapeutic Goods Administration – and so never really doubted the plausibility of Belle's claims.

After starting down the legal avenue, I experienced panic and emotional unrest. I eventually walked away from the lawsuit, created a new online account and only connected with people I knew personally, and Belle and I lost contact.

Belle Gibson's cancer claims are being deleted from the internet. But this interview remains. http://t.co/Yrk58sppVz pic.twitter.com/l4JrWXyQEU

'... believes she had a reaction to the Gardasil HPV cervical cancer vaccine.'

The piece reported Gibson as saying:

“I’ve never really spoken about that ... because it’s such a big, political thing. In America, people are getting compensation [from a no-fault vaccine injury compensation program not specific to Gardasil or brain cancer]. I used to be so angry about it. [But] it’s not something I really invest my energy into any more because there are so many people trying to fight for a safe vaccine.”

According to publicly accessible legal documents this statement is at least partially based on fact, although Belle Gibson’s stake in this particular battle, if any at all, remains to be presented.

Most recently, I became aware of The Whole Pantry and what seemed like amazing work from Belle. I noted her eloquent writing and I was saddened by the news of her prognosis. I reached out and reconnected with her via LinkedIn. I even offered my freelance writing services to her business, as I have benefitted from seeking out holistic care including alternative medicines such kinesiology, Chinese medicine and spiritual healing.

Now, reflecting on Belle’s tall tales, it seems as though the details were sketchy, if not completely awry. Her media following undoubtedly bolstered the elaborate details as she was being questioned on her condition.

The thing about lies is: one simple lie is one too many. They have a habit of breeding and at what point do you get in over your head and try to cover your tracks? To be fair, even from the outside, it seems quite unclear where one lie ended and another began. This leads to me to wonder: If Belle is physically ok, how on earth is she holding up mentally?

According to The Australian, as a fifteen year old Belle claimed to have visited a psychotherapist, who she deemed more “psychotic” than herself. Which really begs the question: when did all the real chaos in her life begin.

What are the ramifications of this story on her young son, who is far too young to be troubled with intricate details of reportedly misappropriated funds and questionable diagnoses? He surely doesn’t deserve his photo being splashed through the media.

After all, he is not guilty of anything more than being born her child.

One thing, however, that troubles me about this story is the consequences of Gibson’s tales on people with disabilities. Will we now have to present any prospective book publishers or third parties, including the media, with our private medical records to prove we are, actually, unwell? This case will have consequences and lessons will be learned. Some of them may unfortunately imply that the onus is on the individual to prove their poor health or disability, which will take us and our activism back years.

The health and wellbeing market is one unfortunately too often exploited because people will act (or buy) out of sheer desperation. If Miss Gibson’s claims prove to be false, this will have also made a mockery of cancer patients. Her claims of getting cancer from the Gardasil vaccine diminish those girls who have actually experienced severe adverse reactions to the shots (and there are quite a few of us).

That fact that so many people have been deceived by Belle Gibson, I believe, says more about her willingness to mislead, than those of who have been taken for a ride. Furthermore, any of us who have been through the personal loss associated with cancer couldn’t dream up a story like that spun by Belle, despite having the most vivid of imaginations. It’s really hard to know whether Belle set out to deceive, began to believe the deception, or was just out to take advantage and prey on vulnerabilities.

If I could sit down with Belle now, like many, I’d have no shortage of questions about these events unfolded and whether she indeed began to believe her own lies. Did the media feed into a fantasy land by omitting the most basic of background checks, or even so much as comment from a treating oncologist?

It’s true that Belle Gibson allegedly duped me too, along with her many followers, but I refuse to be her victim. After all, we are talking about a twenty three year old who appears to be still unclear on who she actually is. I apologise for all the heartache on behalf of a girl who doesn’t appear to want to – or simply cannot – face the consequences of her own tall tales. Someone has to stand up and feel sorry, even if it’s for her.

My first article as an entertainment writer. Top 4 Aussie Celebs You Didn’t Know Had Degrees on Beamly blog http://t.co/rNqkiwvrlJ 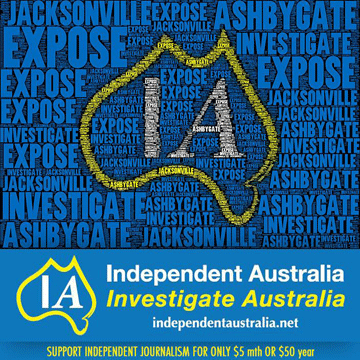