Global warming and opportunities for the Arts

Veronica 'Trilby' Wentworth-Smyth, the director of the Arts Charity Trust, says a heartfelt goodbye to all the animals soon to go extinct from global warming — as transcribed by Scott Campbell-Smith. 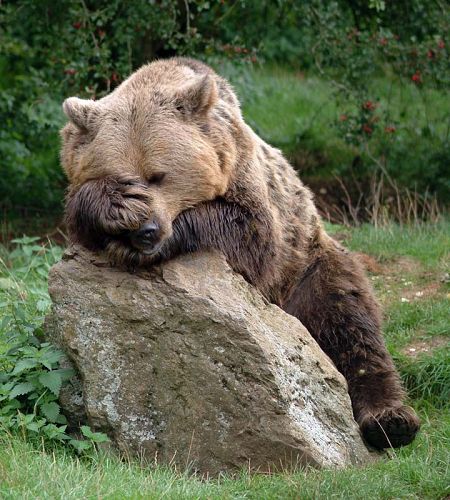 (Reproduced from the keynote address to the 2013 annual conference of the Australian Association of Arts Administrators.)

Thank-you everyone for allowing me to address this gathering, especially the traditional Aboriginal owners who for obvious reasons aren't here tonight. I was unable to find the Aboriginal for 'Shanti', but you know what I mean.

Whatever their medium, like a canary in a coal mine, the sensitive artist responds early to the sicknesses of their society. It is their responsibility and privilege to alert others. In their creations, they may point to causes, suggest cures or at least provide relief and an opportunity for reflection.  This is particularly in cases where the health of the heart and soul are concerned. I want to talk to you about a responsibility looming in our near future, but also the privilege that I think our future holds for artists.

Global warming will bring terrible loss and sadness to many people. At our current point eight degree increase, life is getting rough and we're having lots of disasters. The best projections are that below two degrees we have an 80 per cent chance of avoiding generalised disaster, but with further temperature rises we can confidently expect extreme weather and the consequent disasters in steadily increasing frequency and severity. Beyond two degrees, the question of public art is not worth considering because life and certainly civilisation as we know it, will be steadily crashing about our ears. According to such anti-development hippies as the World Bank, at either the current or treaty rate of emissions, we'll reach a two degree increase somewhere between 2045 and 2050.

If I may digress for a moment to address the climate change deniers:  if you think that's normal I must assume you've witnessed other mass extinctions and other civilisations collapse. You must have the perspective of a virtual immortal and you are probably also capable of inter-planetary travel. As a practitioner of meditation, I respect and admire you for that — although as a human being I fear you.

We can't give up fossil fuels in any degree because we don't want to so we can't. If we did want to, we still can't because we have no control over our political systems, less still over the corporations that own and control them. So that's that. We need to deal with the situation. Pacific Islanders are just going to have to move. The Australian bush will just have to burn and North Queensland will just have to be flooded away. The East Coast of the U.S. will have to get destroyed by storms, which is such a worn out movie cliché anyway. Glaciers are alright, in their way, but who's really going to miss them? The third world was never financially viable — it will be a mercy killing.

So we live in dramatic, spectacular, significant times. These are among the best ingredients for great art. People will soon urgently need great Art. Art that takes the insane and pointless and makes of it something beautiful, intellectually meaningful and spiritually satisfying. Art that provides inner-peace, healing and comfort. The Arts community needs to seize their responsibility and privilege.  The responsibility to make great art on a monumental scale. The privilege to grab corporate and Government funding in the kind of staggering amounts that would keep an oil baron in luxury cars for a week. From an artistic standpoint, I don't think we need to worry about monuments to our civilisation. Even great artists will not be able to compete with, for example, the crumbling, windswept freeways of California. What will could possibly better say 'too many cars'?   Imagine, for a moment, the desert sands inexorably engulfing Perth and Brisbane. Think of bits of Sydney falling ‒ kerbang-crash sploosh-splosh ‒ into its harbour. It's unknowable which of these types of installations will really work artistically, but there'll be plenty and they will be monumental, topical and conceptually rich.  Many will have a light touch of tragic whimsy. But they will make themselves, so we artists have other themes that demand our attention more.

Some form of 'time capsule' could be worthwhile, for example. Something people might find useful in a hundred or a thousand years, if civilisation is picking up by then. It might include some advice about pollution and an apology. A committee should probably devise a plausible justification or explanation for destroying a planet. Darth Vader could be the chairperson. That is necessary, but also straight forward and easy — not requiring serious artists. The artist's special and more difficult challenge is to dream a fitting monument to the innocent lives — the teeming masses of plant and animal species.

The natural world is our mother. We are an animal. Our earliest art and culture is about ourselves in relation to other species. We have lived with them in a million ways. Used them physically and spiritually in a million ways. They have been our imagination, our totems, our inspiration and part of our heart and soul until recently. We destroyed thousands of species in the last two hundred years, but tens of thousands are now about to disappear forever.  Humanity is going to miss all those other species and feel a dark chasm of regret.

Can we create monuments to all we're planning to destroy? Is there something we can do to salvage some dignity from this, for us and for them? Only with great art. Only if we start planning now. If we wait until there are hunger riots and our power and communication systems are smashed we'll all be too pre-occupied to paint, sculpt, dance, sing and hold concept development meetings. There will be no artistic closure. Nothing to say, "I think we all learned a lesson today". No moral, no eternal verity, nothing to make it memorable? The end may be spectacular and climactic, but still unsatisfying, empty and meaningless, like a Hollywood movie. We can do better. 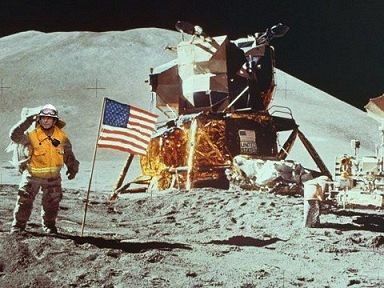 Fair compensation would be to send all those other species to another planet, where they'll be safe. If anyone is escaping to another planet, however, it's those who have made squillions out of destroying this one. And some lucky and attractive girl, or less likely boy, who's unlikely to be their spouse. It won't be the more deserving and amazing creatures like octopi or vultures, despite the glaring fact that they'd look much better in a space suit than, say, Rupert Murdoch or Gina Rinehart.  The squillionaires, their breeding-bimbos and immortal, planet-hopping climate change deniers — obviously a group unlikely to contain a single artist.

It's time now to start saying 'Goodbye' and 'Sorry'.  On a personal note, I would like to take this opportunity to mention a few favourites. Goodbye Coral Reefs — you've been amazing beyond description. Goodbye Tigers — you've been awesome. 'Awesome' isn't going to be the same without you defining it. Goodbye frogs — it's been googly. You were sweet and funny and I wish I'd spent more time with you. Goodbye polar bears — sorry we used you in so many commercials promoting consumerism to melt you out of existence. I think now we can all agree that was in poor taste. To all of you a heartfelt: ‘Sorry’.  To all you others who may not make it, a big general: ‘Best of luck’ and ‘Sorry’. Thank you for enriching our lives so much over the past eighty thousand years since we, humanity, started making Art. You've often been a real sport as a subject — and for most of that time indispensible as a tool or pigment or whatever. Art owes you much.

But we all, humanity, owe you much, much more. Humanity, collectively, would hardly notice a small tax for something big, significant, enduring and expensive. Something to 'set the world on fire', as it were. It must be something on a par with the magnificence of all those species; something on the scale of trashing a planet; something that will endure for millions of years, like a T-Rex. Something so wonderful, it is beyond one person working alone to imagine or achieve.

It needs a huge collective effort. There is no time to waste. This great work needs to be the focus of our best artistic minds and squadrons of committees. Their work must have greater urgency and priority than international emissions control negotiations or we'll wake up one day and it will be too late. It may seem like a lot of work and expense but we all know in our hearts that it's much better than giving up fossil fuels.

Global warming and opportunities for the Arts