Gang rape in Cambodia: A means of male bonding

Too many men in Cambodia feel entitled to shame, reject, harass and even rape women, writes Johanna Higgs.

I AM SITTING on the balcony of a two-storey wooden house in Siem Reap, Cambodia. The style of the house is typical for Cambodia — dark planks of wood with a simple interior, raised on stilts to avoid floods during the rainy season. The weather is sweltering, as it is all-year-round in Cambodia.

Palm trees line the streets, illustrating that for certain I am in the tropics. Chickens scurry below me in the house and women chatter as they go about their daily work. All a typical scene in Cambodia.

What is also typical of Cambodia, is the story that I am listening to. I am sitting with a local Cambodian woman who works for one of the only women’s centres in Siem Reap. She is explaining how according to Cambodian traditions and beliefs, a man "cannot be shamed" — or at least he can be cleaned from his shame, while a woman cannot.

Rather, here, a woman can be forever tainted by shame bestowed upon her and must face social rejection and the stigma that comes her way as a result of it.

In Cambodia, like in much of the world, most of the shame bestowed upon women is related to their sexual behaviour. If it is believed a woman has been "too sexual" in some way or another, then it is acceptable to shame her, to reject her, stigmatise her, harass her and maybe even rape her. 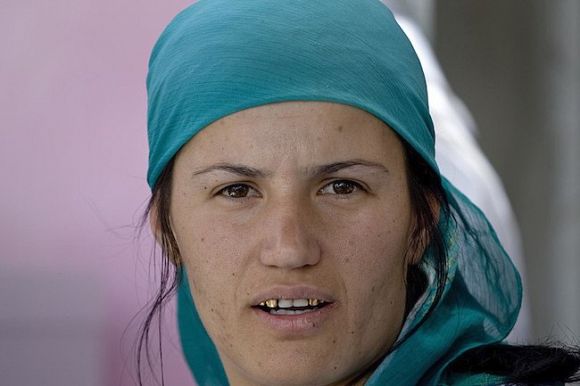 In Tajikistan, like much of the Central Asia region, violence against women is widespread and stems from the highly patriarchal nature of Tajik society.

‘In the village where I’m from, people think that a woman who works in a restaurant must be poor so that means that she wants to have sex with everyone and is a whore.’

I shake my head, in disbelief. It is hard to credit that just working in a restaurant in Cambodia – a perfectly normal form of employment in most parts of the world – could constitute a woman as being a whore.

How should a woman living in poverty survive in such conditions? Left with the choices of having no income or being labelled a "whore" for working in a restaurant, what should she do?

I ask about Valentines Day. I had heard several months earlier that in Cambodia, Valentines Day has become synonymous with rape as young men believe that particular day is an excuse to go out and rape women.

However, the Cambodian woman appears to misunderstand my question:

I assume that she is going to explain the problem with rape on Valentine's Day. Instead, she begins explaining how parents are worried about their daughters thinking they should "give their love" to their boyfriends.

What she means is, parents are concerned about their daughters losing their virginity before marriage — something that in Cambodia is considered a travesty. As a woman, if you are not a virgin before marriage – as demanded by men – then you cannot get married and consequently you can lose all social worth as well as your family’s reputation. Even in the case of being raped.

Men, however, are not subject to the same forms of social stigma. Rather they are free to pursue women and, in fact, as many women as they want, without being criticised or shamed.

The double standards are blatant.

Consequently, rape and sexual assault are serious problems in Cambodia.

A United Nations report released as far back as 2013 showed that one in five men in Cambodia between the ages of 18-49 had admitted that they had raped a woman. Of these, 15.8 per cent said they had committed rape when they were younger than 15 years old.

Gang rape is common in Cambodia and is known as bauk. It is seen as a means of male bonding where men go out together in groups, specifically looking for women to rape, then share their experiences with each other. More than double the amount of men in Cambodia admitted to gang rape in comparison to India.

More horrifying, nearly one-third of rape cases in Cambodia are committed by somebody known to the victim. Few perpetrators face justice and in many cases, victims are threatened by the perpetrator or are often forced to live alongside them.

These attitudes that punish women for their sexual behaviour in Cambodia – and anywhere else in the world – are extremely dangerous because they allow a social space where women and girls can be controlled, blamed and abused. These attitudes deny women the same freedoms as men demand. They make men feel entitled to be violent, harass and, in some cases, make them feel it is safe to rape. 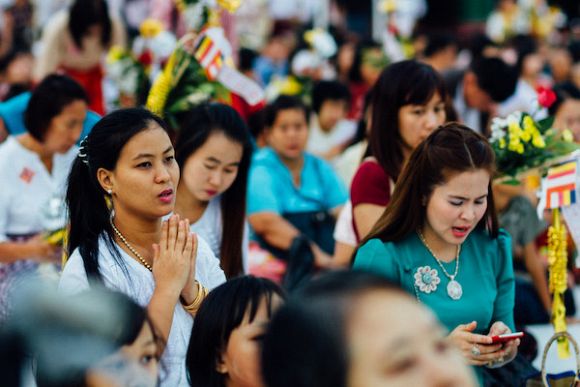 Women are being shamed and punished worldwide for being 'too sexual', which needs to change.

This creates a very unsettling world for women and girls to live in. One that is filled with fear. Because women and girls know, if something happens to them, then it is they who will be punished — not the men who perpetrated violence against them.

This has to change, in Cambodia and everywhere else in the world where such attitudes exist. Cultures with attached ideas of shame don't have to stay the same. They can change, they can be made fairer.

It is essential that we don't ignore this because globally the way in which shame is distributed is not fair. Shame is being used to give freedoms to men while denying those same freedoms to women. It is being used to allow men the right and the ability to hurt women while, at the same time, giving women no right to say or do anything about it.

It’s time that, globally, we demand changes to cultures that shame women in this way. And we need to make that happen now so as to stop these incredibly unfair concepts of shame — and stop the suffering that comes with them.