Today, Thursday 11 September 2014, was the turning point in the Ashbygate saga. The shoes have changed feet.

Justice Geoffrey Flick in a ruling in the Federal Court, in what was essentially two decisions, overturned a costs order against former Speaker Peter Slipper and decided the parties must meet their own costs for the whole sorry affair.

In June 2012, in what was described as an “act of grace”, then Special Minister of State Gary Gray announced the Commonwealth would meet Slipper’s costs, so it looks like he is now off the financial hook.

When Slipper’s former staffer James Ashby first launched his case via the Daily Telegraph in April 2012, his legal team of Harmers Workplace Lawyers chose the Fair Work Act 2009 as the instrument of attack.

The word ‘unlawfully’ threw the cat into the pigeons and Harmers objected strenuously. The matter looked like bogging down into an expensive stoush so, to keep things rolling, Neil dropped the word unlawful.

Too late. The judge presiding over the case, Justice Steven Rares, became annoyed at the time the matter was taking up and took a dim view of Neil changing his submission slightly after the 11th hour.

So, on 18 August 2012, Rares ordered indemnity costs against Team Slipper for the argument. No amount was set. Harmers apparently claimed it exceeded $250,000.

It was this order that Justice Flick vacated. His reasoning was that Ashby, by dropping his case against the former Speaker, had denied Slipper the right to contest the allegations.

According to Justice Flick:

"Had the matter proceeded to hearing, it would inevitably have been the case that the competing factual accounts would have been vigorously contested.

Flick said he would make no order regarding the costs of all the other proceedings to date.

James Ashby to foot own legal bill in sexual harassment suit against Peter Slipper http://t.co/1wOa1yZrMU via @smh com on down @60minutes

Section S570 of the Fair Work Act means there is an assumption there will be no order regarding costs unless one of the parties has instituted the proceedings vexatiously or had been unreasonable.

So far, two judges have been for Slipper, two against, so it will be hard for Harmers to show vexation or unreasonableness on Slipper’s part. Ashby, on the other hand….

It’s tempting to think Harmers’ choice of the Fair Work Act was a cynical choice designed to cripple Slipper financially.

While the Fair Work Act appears unambiguous, a Harmer’s argument, which it has used before, is that once another matter, say breach of contract, is attached to a FWA application, then costs can be awarded. In this way, perhaps, they saw their costs, and probably McClellan’s, being obtained from ‒ as McClellan put it ‒ “the other side”. He wasn’t talking Twilight Zone.

Worse, however, is summed up by Slipper himself in a media release back on 6 June 2013:

It was an unintended consequence of the passage of the Fair Work Act that this protection for non Ministers and Presiding Officers was removed while Ministers are remained protected against frivolous and vexatious lawsuits.

The Government has indeed now recognised this, and is introducing an insurance scheme from 1 July to provide protection to all Members in future cases.

Unfortunately that will not benefit me as the Ashby action occurred before this date.

Harmers knew this to be the case when they launched proceedings. They had not expected Gary Gray.

On a lighter note, Slipper’s legal team of solicitor Simon Berry and Barrister Ian Neil QC asked Flick to consider new evidence against Ashby thrown up in the 60 Minutes report.

Flick refused permission to do so, on the grounds there was no point in going any further after the cost orders were made, saying:

"It would lead to no greater success on the part of Mr Slipper and would only expose Mr Ashby to prejudice in the form of further costs being incurred.”

Berry and Neil are now planning a further assault. We’ll let you know.

Ashby vs. Slipper. The shameless game was always about politics. http://t.co/MRMHDBJqqG #auspol 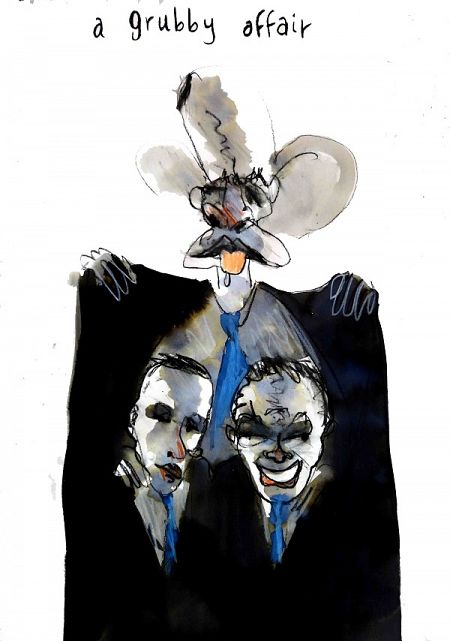