FIFA boss Step Latter has strongly defended his organisation in the wake of the surprise awarding of the 2022 World Cup hosting rights to Qatar.

RELAXING at the FIFA awarding committee post award function on the deck of his new yacht, Latter said that the small oil-rich Arab nation held many advantages over other bidding nations—the USA, Japan, Korea and Australia.

“Frankly, the USA is too weak financially to be left in charge of a car-boot sale, let alone a premier world-class sporting event,” said Mr Latter.

“Japan and South Korea are quite likely to be blown up by North Korea before 2022,” he said.

“As for the other contender, as fond as I am of The Sound of Music, Austria just doesn’t have the experience hosting these sorts of major events,” he said. 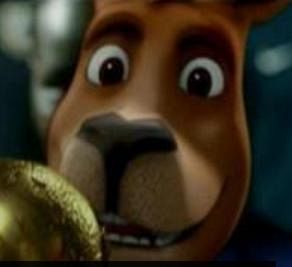 “Actually, I am still rather troubled by their video presentation involving that leering animated kangaroo.”

Mr Latter said that he had exhaustively reviewed the bidding process and was adamant corruption played no part in FIFA's decision.

"Fingers have been pointed ever since the News of the World filmed several FIFA officials accepting so-called 'bribes' earlier this year, but rest assured there were no shady practices," said Mr Latter.

"I can assure you no FIFA official was given a 160 metre yacht, unlimited fuel and several untraceable Swiss bank accounts containing sums ranging from US $1.4M to $8.2M," he said.

"None whatsoever, and anyone who says they were is a liar." 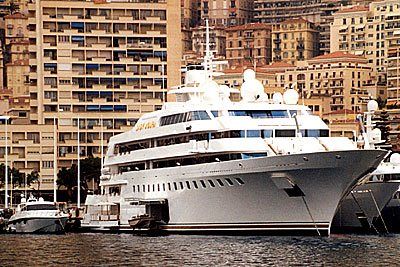 Mr Latter said the World Cup was much more than just a football event, and part of the judging criteria was that each host nation must leave a legacy for the future.

“Qatar sincerely promised that if they won the World Cup they would bring about world peace, which was a major plus,” said Mr Latter.

“And since they won’t need their several new US $55 billion air-conditioned stadiums after the Cup, they’ve generously agreed to pack them all into small cardboard boxes and send them to poor countries," he said.

Latter defended the Qatar bid against any suggestion fans would suffer in the sweltering 40+ degrees celsius summer temperatures usually experienced by Qatar at World Cup time.

“Some people were concerned about the warmish temperatures occasionally experienced in Qatar in summer and what this may mean for fans walking between their hotels and the stadiums or what have you,” said Mr Latter.

“Fortunately, Qatar has budgeted over $135 billion to build a teleportation device in time for the World Cup, which should also leave the happy legacy of solving the world’s transportation problems,” he said.

Asked whether he had any doubts at all about whether the FIFA Executive had made the right decision in awarding the World Cup to the tiny nation, Latter said he was completely comfortable with the decision.

“I have no doubts at all, especially given the final feature of Qatar’s exhaustive planning for the 2022 World Cup,” said Mr Latter.


“Fortunately, Qatar have also committed to developing a time machine for FIFA before WC2022.”

“This means that if the World Cup turns out to be the nightmarish disaster most people predict, the FIFA Executive will be able to go back in time and award the World Cup to another country.”