Festival of the Dead looms for Manus Island refugees

FOR THE ASYLUM SEEKERS still at Manus Regional Processing Centre at Lombrum, Manus Island, the Festival of the Dead, or Halloween, coincides with the deadline for the detention centre's closure, this year.

On 31 October, these men are to be forced out of the compounds that have housed them at Lombrum for four years and into Lorengau township.

My children will be running around lush front lawns collecting treats in fancy dress, while our Manus friends feel like they have an actual date with death. They fear that PNG locals will fight them violently for every job or resource available and that instead of being liberated, their lives will become even more desperate.

And their fears have some foundation. Machete attacks and thefts have occurred during our day trips to the island. Those with no tribesmen or “wantoks” to defend or avenge them are treated as fair game.

Men at the transit centre at Lorengau have gone mad and died as recently as October.

The kindness of some Manusians does not completely offset the fact that PNG is still a very harsh, struggling country. There has been envy and anger towards the strangers who have been warehoused there by Australia.

Australia’s exercise in colonialism ended abruptly 42 years ago. This latest failed exercise in offshore detention has managed to signal to the world that we left PNG in chaos — one of the least safe travel destinations in the world.

The irony of men seeking safety and freedom being herded out the gates of Manus Regional Processing Centre by force is acute.

There is no freedom to thrive waiting for them on 1 November 2017.

They see the trap. Moreover, their main strength has been their solidarity. Dispersal means disunity. What the men have achieved together through fellowship, collective action and mutual compassion across four tough years is also under attack.

These are real refugees. Their backgrounds have been checked and rechecked. On paper, they have been given thorough medical discharges and records. In reality, they get a bunch of untranslated words they don’t understand and a month’s supply of medication.

These are medicines they would generally not have needed if in community detention in Australia. Tropical ulcer treatments, addictive antidepressants and sedatives may not have been required if they had been free to work, to mix with people of their culture, and to make headway in supporting wives, kids and family stuck in perilous circumstances.

The immediate risk of overdose by depressed and anxious hostages by strong pharmaceuticals is high and Manus Hospital is not resourced to help the psychotic or suicidal hereafter. Even the Port Moresby health system falls short.

There is little or no prospect of ongoing medical attention or redress once the Manus Island men are forced into PNG. Their untreated fractures, malaria, ulcers, new nicotine and pharmaceutical addictions and nightmares will go with them.

Refugee allies in Australia might dream of protecting them – and perhaps locals, too – in refuges, or on a hospital ship. They have done a great deal to help the men during that time and perhaps deluded themselves and their offshore friends that wholesale rescue was still possible, but the reality is that sustaining the refugee hostages indefinitely is beyond the means of most community activists.

Some lawyers have worked hard for the release of individual refugees. Deals were done with Border Force to conceal each release from publicity. So the image of a boat blockade remains roughly intact. The truth is that some boat arrivals have been admitted to Australia and others have not. The arbitrariness of the process is shocking.

So the Halloween deadline seems ominous in more ways than one.

Refugee activists have strong bonds with these 700 men. They have fundraised for phones, shoes, T-shirts and bath towels. They have counselled them through sleepless tropical nights and reached out to the families left behind.

As with the Rohingya forced from their Myanmar homes, it is perfectly clear that taking a plane back home for the Manus Island refugees is equally perilous. Some of the homesick have gone back — they felt they could not leave their families unprotected and in poverty any longer.

Survival rates for those refouled are less clear. Some have found ways to cope. Some have simply fallen silent.

The experience of those refugees transferred to America last month is another paradox. These men took planes, were given accommodation and a chance to find jobs. They feel “lucky”, even if Dutton does envy them the odd flash T-shirt or Fitbit.

American gun violence, racism and poverty seem benign by comparison with the issues faced by refugees in PNG. So the few handpicked, highly educated men perhaps not destroyed by the uncertainties of detention, who were airlifted from Manus Island to America, get a chance at real life.

Hundreds more do not. And there are still children trapped on Nauru: a small pile of rocks with high unemployment, tents and machetes. And there is still the plight of mainland refugees.

What is already dead is the compassion of Australia’s rightwing conservatives and white supremacists and the many others who choose to affect numbness.Their Government has spent a fortune to make an example of boat arrivals. Food, mouldy shipping containers or tents, meds and guards have cost Australian taxpayers a great deal.

Arbitrary attempts at breaking the smuggling trade have also resulted in lives wasted.

My friend, AR, arrived on Manus after the Taliban came looking for him. A month earlier, his father had received the Taliban’s death knock and did not survive. The family business was in the repair and resale of foreign vehicles and this was enough to incense fundamentalists. 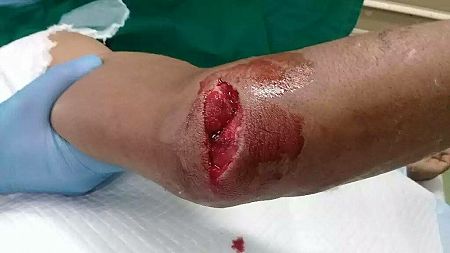 His family had earlier tried to send AR to Japan on a trade visa, but he was refused. He found his way out of his country to a boat from Indonesia. There was no safe pathway. Had he obtained a tourist visa, flown in and overstayed, his life might already be back on track.

His mother and brothers have been cowering around the borders of Afghanistan ever since. His mother became catatonically depressed and eventually received treatment in a major city. The great fear was that his younger brother will be conscripted by extremists.

AR, a talented mechanic fluent in English, has used the four years on Manus to complete some online learning. He has also become more worried, deeply depressed and addicted to cigarettes.

Will AR find a way into PNG life? Will he be safe there? Will there be a job, a home or medical care for him? Australia is throwing away a stoic, resilient and talented future citizen.

His colleague, Behrouz Boochani, the camp’s famous resident journalist, is a cultured thinker who also has the makings of a great leader.

My greatest terror for these souls who naively turned to Australia for help is the machetes.

23 April 2022, 4:00pm As broadcast on the BBC 's World Service on 15 April, the policy of asylum seeker ...
Join the conversation
comments powered by Disqus
News updates