SUBSCRIBE   DONATE LOGIN SHOP
SUBSCRIBE   DONATE
How we prevented a Morrison dictatorship
How Howard screwed the Libs
U.S. site tries to ruin what makes fairy bread great
Bloody Idiot of the Week — Episode 28: Get used to it
Morrison's 'politics of retribution'
Law News

ON THURSDAY 25 MARCH 2021, the NSW Court of Appeal handed down a decision in a case of the Council of the New South Wales Bar Association v. Siggins. In that case, the Court of Appeal determined that Julian Phillip Siggins be removed from the roll of legal practitioners due to not being a “fit and proper person”.  The case related to statements made regarding the principal place of practice of a barrister who resided in NSW, but relied upon a practising certificate issued in Queensland.

Independent Australia has previously reported about the activities of Mrs Dominique Grubisa, a NSW-based solicitor who makes millions advising her students to seek out “distressed assets” and who claims to be able to protect assets from creditors, lawyers and even the government.

A screenshot from the website of the Victorian Legal Services Board + Commissioner’s website shows Grubisa as being a principal with a trust account, practising as DGI Lawyers Pty Ltd, at Southbank, Victoria. 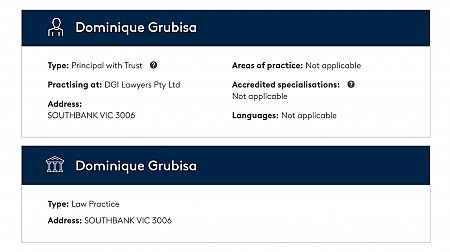 Prior to setting up her incorporated legal practice, on 27 July 2017, Mrs Grubisa traded as a sole practitioner.

According to Mrs Grubisa’s letterhead her mailing address was in NSW, with the Victorian address merely being that of a serviced office. 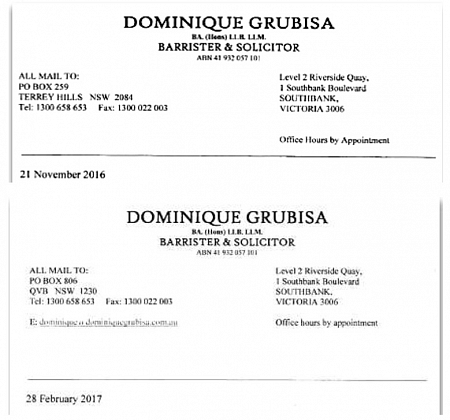 In a post on the property investment forums section of the Somersoft website from 17 March 2014, Mrs Grubisa claimed that she held a practising certificate as a barrister in Queensland. Yet the phone number to which people were referred was that of her Sydney office. Was Queensland her principal place of practice at the time? If so, this is at odds with her ASIC records from that time.

When her company Master Wealth Control Pty Ltd (then known as Australian Debt Purchasers Pty Ltd) was established in 2010, ASIC records showed her address as being at Bigola, NSW.

On 13 March 2014, documents were lodged with ASIC to notify of a change of address for Mrs Grubisa.

That notification referred to a change of address, to Mrs Grubisa’s current address in North Turramurra. 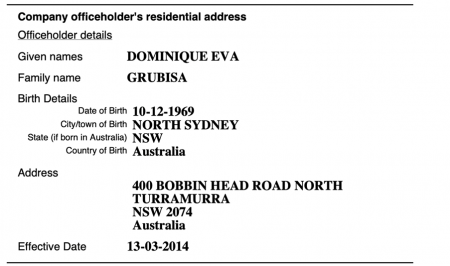 Four days after this notification to ASIC, Grubisa responded to comments about concerns about her activities on somersoft.com.au as follows: 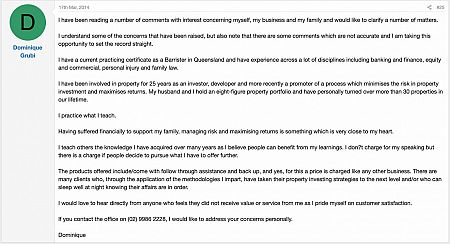 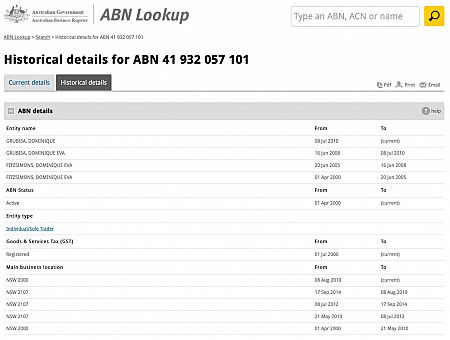 Given the many complaints about her conduct to regulators, why has this issue not been dealt with?