The Australian Christian Lobby has received criticism for opposing a bill that would support religious freedom and the LGBTQI community, writes Misha Ketchell.

MARTIN ILES is prepared to go to jail, along with (he claims) “half the Christians in Victoria”.

The managing director of the Australian Christian Lobby (ACL) says in a recent YouTube video he thinks it might happen soon:

“The Gospel itself, parts of it; parts of the Bible itself, and pastoral ministry, and responsible parenting, and good medical care... are set to become potentially jailable offences.”

Iles ascribes this to a bill in Victoria that would ban “conversion practices” aimed at changing or suppressing an individual’s sexual orientation or gender identity.

Having passed the Victorian Legislative Assembly, the bill is due to come before the Upper House this week. The ACL is campaigning hard, alongside other conservative Christians, to persuade the Liberals and crossbench to reject it. 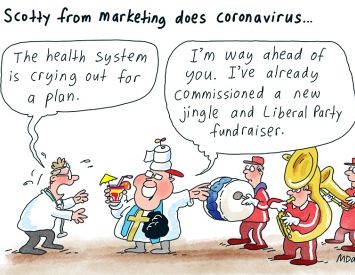 Other theologians and pastors have argued the legislation would protect LGBTQ people’s religious freedom — and their lives.

However, he is convinced:

“...banning conversion therapies won’t solve any of that... Jesus will solve that.”

The ACL’s most public campaigns lately have been over religious freedom, gender and, before that, same-sex marriage.

But Iles’ YouTube videos wage a wide-ranging culture war. For instance, he has warned of a barely concealed plan by Western governments and the World Economic Forum to implement global communism, with the coronavirus providing the opportunity.

One of his most-watched videos touches on the new U.S. Vice President, Kamala Harris.

Iles (whose rhetorical style tends to be reiterative) described her as: 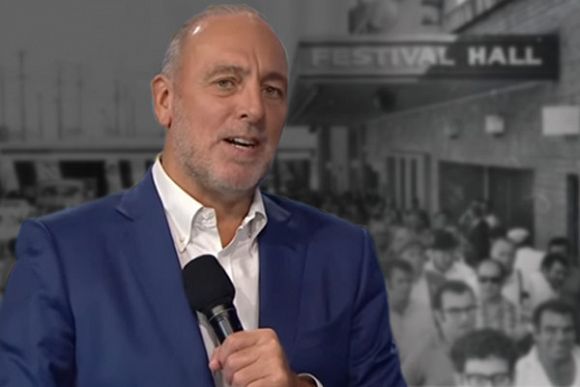 And in another video, he pushes former President Donald Trump’s unfounded claims the U.S. Election was stolen, saying of the Left:

“Do you really think that they wouldn’t have a little tamper with a vote? Of course they would.”

Once, journalists wanting “the Christian voice” on a topic would have sought out a bishop, denominational office or interchurch body. Today, that “voice” is likely to be provided by the American-influenced culture warriors of the ACL.

Aiming to change the culture and project the Christian faith in ‘the public life of the nation’, the Canberra-based organisation pours out media statements and social media posts, provides spokespeople on issues, releases pre-election voter guides and trains activists.

In the 2019 Federal Election, it began directly campaigning on behalf of conservative candidates in selected seats.

In 2019, it raised over A$2 million in two days for Israel Folau, who was sacked by Rugby Australia for online comments suggesting gays and fornicators are destined for hell.

Board members and donors remain anonymous

But, for all its high-profile lobbying, aspects of the group remain secretive.

Despite the erroneous impression it is a Christian peak body, the ACL describes itself as a grassroots organisation of ‘over 175,000 individuals’.

The group’s policies are decided by an anonymous board; their names have been secret since 2017 due to ‘a merciless campaign to silence’ its views. 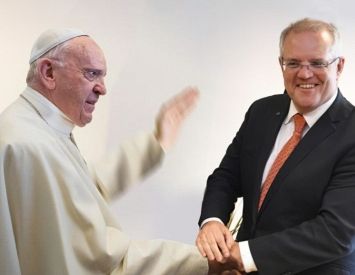 Rejecting the emptiness of hell

According to the ACL’s 2020 financial report to the Australian Charities and Not-for-profits Commission (ACNC), its income for that financial year was over $5 million, 91 per cent of which came from ‘donations and bequests’. The next-biggest income source, at $238,000, came from ‘government grants’.

Donor information is also kept confidential — unless donors themselves disclose their activity.

For example, in 2010, former Rhodesian SAS soldier and mercenary Dave Hodgson said in a speech he writes “six-figure cheques for the Australian Christian Lobby”, having founded a telecommunications and resources company to raise money for that purpose. Other donations have come from mining interests.

The ACL claims to stand for ‘classical Christianity’.

However, the organisation enthusiastically supported Folau, despite his religious views being questioned by other theologians, such as Carl Trueman, who wrote in 2019:

‘Folau’s religious views are really anything but Christian in the historic, dogmatic sense of the word, because he denies that most basic of Christian creedal doctrines, the Trinity.’

The ACL also devotes a remarkable proportion of its time and resources to anti-LGBTQ campaigns, claiming a Biblical mandate, when the Bible actually offers far more complex perspectives on gender.

‘Has the battleground over the inclusion of LGBTIQ people in Christianity really become more central to this new and strange kind of orthodoxy than the ancient – one might even call them “Classical” – doctrines of the faith?’ 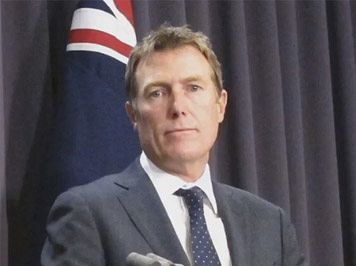 Proposed religious discrimination law hurts others in the community

Many Christians oppose the ACL’s positions

Iles says the ACL aims to ‘ensure that we speak for the church generally’ and his predecessors often claimed to represent ‘the Christian constituency’.

Yet, many Christians distance themselves from the ACL’s positions. During the marriage equality debate, for instance, the ACL vigorously pursued the “no” case, despite one poll finding the majority of Christians supported “yes”.

Similarly, the ACL campaigns against access to euthanasia for the terminally ill, despite majority of Christian support.

Iles regularly ridicules concerns about climate change, calling it “cultural Marxist rubbish” and explaining that humans’ God-given responsibility is to ‘rule and subdue’ the Earth. God, in turn, will not allow climate catastrophe.

However, this view puts him at odds with the 150 Christian and other religious leaders of the Australian Religious Response to Climate Change (ARRCC) who wrote an open letter to Prime Minister Scott Morrison after the 2019 Election, quoting the Archbishop of Canterbury and Pope Francis about the climate emergency and advocating blocking all new coal and gas projects.

Not just one Christian lobby

While the ACL is sometimes mistaken for a peak body of churches, Australia has long had one: the National Council of Churches in Australia (NCCA), which has existed, under various names, since 1946. Its activities include advocacy for asylum seekers, Indigenous rights, climate action and an end to sexual violence.

Other Christian groups have formed in response to specific issues, such as Australian Christians for Marriage Equality and the asylum seeker advocates, Love Makes a Way.

These groups’ lower profiles no doubt reflect their smaller resources compared to the ACL. The ARRCC’s 2019 annual report, for instance, lists an annual income of just $88,325.

In the early 2000s, the ACL drew prime ministers and opposition leaders to its pre-election events. Having historically positioned itself as ‘rigorously non-partisan’, the ACL’s recent campaigns reflect a return to its U.S. roots and perhaps hopes of achieving a similar polarising cultural shift here in Australia.

Misha Ketchell is an experienced journalist and editorial manager in print, TV and online. This article was originally published by 'The Conversation' under the title 'Why is the Australian Christian Lobby waging a culture war over LGBTQ issues?'.