Because of ignorance, diagnosis and treatment of children with FASD are delayed — even though early intervention is of utmost importance for children with associated problems, writes Joan McColl.

OVER MY NOW long life I have in the past had occasion to interact with children who have so-called "challenging behaviours".

I studied psychology at university to try to figure out some answers. At that time, the word autism was not mentioned, nor was trauma and certainly not FASD (Foetal Alcohol Spectrum Disorder) or NAS (Neonatal Abstinence Syndrome).

However, in 2016, Gold Coast Health, led by Director of Community Child Health Dr Doug Shelton, launched what they are calling a statewide Neurodevelopment Exposure Disorder (NED) service, thus linking the effects of the two syndromes under the acronym "NED" — as both similarly lead to the occurrence of behavioural problems and intellectual disabilities in childhood and beyond.

Recently, I have become aware of children who have been labelled with Extreme Behaviour Disorder (EBD), Attention Deficit Hyperactivity Disorder (ADHD), Oppositional Defiant Disorder (O.D.D.), Autism Spectrum Disorder (ASD) and Obsessive Compulsive Disorder (OCD). It is becoming more and more obvious that they suffer from FASD that has not been “diagnosed”, despite the fact they were treated for NAS in hospital. These children are six to eight years old.

As late as this year, the paediatrician that they see expressed scepticism that they have FASD because they do not have the facial features sometimes associated with it. 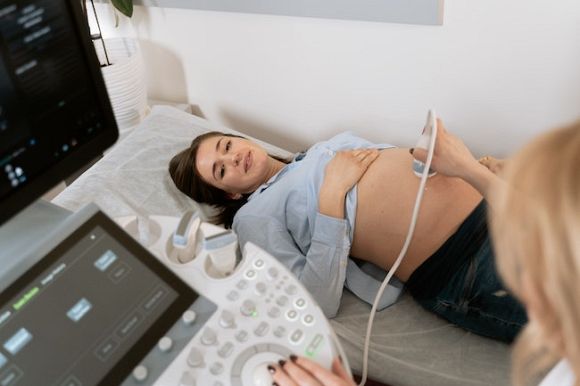 Rigid hospital policy and the pandemic are pushing mothers of bottom-first babies toward the operating table in Australia.

Research shows that only a small percentage of children that have FASD have tell-tale facial changes. Because of the ignorance of this paediatrician, the diagnosis and treatment of these children have been delayed despite all information being that early intervention is of utmost importance for children with associated problems.

Without a diagnosis, these children have arrived at school without adequate support and parents are being asked to take them home from school. Often, their parents are working.

Schools are therefore admitting they do not have the resources, skills or knowledge to deal with such problematic behaviour – originally caused by mothers ingesting alcohol and/or opioids during pregnancy – and are playing catch up as they scramble to find ways to integrate these students.

Babies are born every day who are labelled NAS babies and are given treatment for withdrawal of drugs (such as opioids) that were transferred to them in utero. Treatment consists of giving these newborn babies doses of drugs that may include opioids in decreasing strength to wean them off the illicit drug that detrimentally affected their brains in utero and will eventually manifest as problem behaviour and learning difficulties.

Recently, I became aware of six newborns being given this treatment in a Melbourne hospital. I expect it was the same the week before and the week after, repeated in hospitals in all areas of Australia. In fact, it has been called The Epidemic of Neonatal Abstinence Syndrome here and overseas.

The problem is that after babies have received initial treatment, there is no further ”treatment” and diagnoses are delayed or non-existent. Parents, carers and teachers are left to flounder as knowledge about these syndromes is not readily and commonly available unless you are alerted and know where to look.

The excellent Australian research paper 'Neonatal Abstinence Syndrome and High School Performance', published in 2016, demonstrates a clear link between babies who are treated for NAS and sent home as cured, but who end up having problems with learning throughout childhood and into adulthood.

To date, these are the only data demonstrating long-term school outcomes for children with a history of NAS. Similar data for children born from the current opioid epidemic gripping much of the Northern Hemisphere, assuming linkage is possible, will be available only in seven to ten years.

Although this study was conducted in Australia, the high risk of poor academic performance in this vulnerable group of children is applicable to all countries and strategies to address this risk and prevent poor adult outcomes and intergenerational vulnerability must be urgently addressed.

The Gold Coast NED approach holds great hope. The greatest hope is that early diagnoses of more and more children will mean that they and their families are supported from the beginning and not left to struggle — and that pre-schools, child care centres, schools and other service providers are educated to understand and assist therapeutically.

The Gold Coast model hopefully will inspire such ideas in other states and territories. Traditional therapies offered through this service include speech therapy, occupational therapy and physiotherapy.

FASD is often described with a very negative prognosis.

Thank you @YukonSenator for bringing attention to #FASD and the needs for a coordinated FASD strategy (1/2). pic.twitter.com/G2GiIabgpM

For instance, the NOFASD site states:

'Fetal Alcohol Spectrum Disorder (FASD) is a diagnostic term used to describe impacts on the brain and body of individuals prenatally exposed to alcohol. FASD is a lifelong disability.'

Similarly, on the site Every Moment Matters:

'The baby’s brain starts developing very early and continues developing throughout pregnancy. It can be most severely damaged by exposure to alcohol, permanently affecting structure and function.'

These negative statements about the permanency of FASD are often followed with softer statements such as this on the NOFASD site:

'Individuals with FASD will experience some degree of challenges in their daily living and need support with motor skills, physical health, learning, memory, attention, communication, emotional regulation, and social skills to reach their full potential. Each individual with FASD is unique and has areas of both strengths and challenges.'

Birth mothers do not receive adequate assistance to learn not to repeat the problem and may reappear every couple of years with another newborn baby with NAS. It is uncertain whether mothers of children with NAS understand the problems caused by substance abuse.

It is important not to attribute blame and feelings of guilt to these mothers, but surely there is a need at this point to ensure understanding of the harmful effects of substance abuse during pregnancy which on the unborn child and to offer counselling at least so the same behaviour is not repeated.

A balance is needed to portray the significance and severity of the problems caused by the ingestion of alcohol and opioids during pregnancy — not too much pessimism and dismay so that parents and carers remain optimistic and the affected child does get help.

However, diagnoses are often delayed as are suitable therapies and interventions. Schools and other institutions and services are not suitably equipped — given knowledge or resources to assist children and their families when these are crucially needed.

They are not generally equipped to understand that these children appear the same as most others, but they have a debilitating, invisible difference in how their brains work. Much work has been done on the brain, but it has not generally been applied to the problems associated with FASD and NAS or NED. More work is desperately needed in this area, as brain plasticity has become more and more understood.

Thank you @YukonSenator for bringing attention to #FASD and the needs for a coordinated FASD strategy (1/2). pic.twitter.com/G2GiIabgpM

There are resources available online.

Videos by behaviour consultant Nate Sheets are straightforward, clear and free and offer practical information and advice to carers and teachers, for example. They can be applied immediately and reduce stress because the advice tends to work well as it is based on experience and science.

A Book by Dr Dan Siegel M.D. and Tina Payne Brysen PhD, The Whole Brain Child: 12 Revolutionary Strategies To Nurture Your Child's Developing Mind, applies practical information about dealing with children’s behaviour based on a cleverly explained understanding of how the brain works and is available to read online.

FASD Awareness Day is the ninth day of the ninth month every year in order to highlight the importance of alcohol-free pregnancies.

This article is to honour the life of a young aboriginal lad and his foster mother and school principal who didn’t get the help they needed. He could catch carp with his hands and had the biggest cheeky smile. He told me one day that I "cleaned up nice" when I was sweeping the floor.

Sadly, he ended his life very early with an impulsive act that left many people very sad.

There is some information and help for FASD available nowadays, but wouldn’t it be wonderful if there were even more?

22 July 2015, 9:00pm In 1933, a police constable was speared by an Indigenous man in the Northern ...
Join the conversation
comments powered by Disqus
News updates