SUBSCRIBE   DONATE LOGIN SHOP
SUBSCRIBE   DONATE
How we prevented a Morrison dictatorship
How Howard screwed the Libs
U.S. site tries to ruin what makes fairy bread great
Bloody Idiot of the Week — Episode 28: Get used to it
Morrison's 'politics of retribution'
Human rights

Australians of the Year who have represented us across the decades have called on the Government and Opposition to allow medical relief for embattled refugees on Manus Island, writes Jeff McMullen. 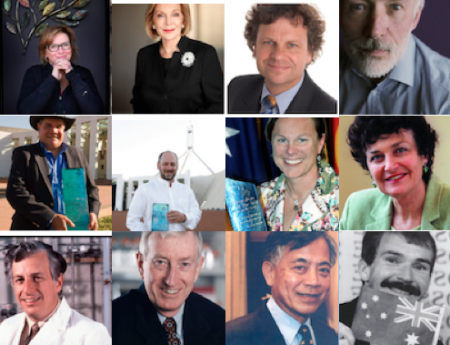 AT LEAST A DOZEN eminent former Australians of the Year have called on Prime Minister Malcolm Turnbull and Opposition Leader Bill Shorten to immediately allow the Australian Medical Association to provide health care to refugees struggling on Manus Island without food, water and proper sanitation.

The open letter to the political leaders from some of the most celebrated health professionals in Australia expresses deep concern about the unfolding human disaster in the officially closed Papua New Guinean detention centre, warning that people will become sick and even die without medication and treatment.

'This is not who we are as Australians or indeed as human beings.'

The former Australians of the Year state that both major political parties have failed to meet the most basic obligations under the United Nations Refugee Convention, putting at risk Australia’s international human rights reputation.

'This is not who we are as Australians or indeed as human beings', the letter says, urging Mr Turnbull and Mr Shorten to find safe haven for the refugees without any further delay.

The signatories include the renown psychiatrist and Australian of the Year in 2010, Professor Patrick McGorry, who has been in touch with medical professionals currently denied access to the Manus Island detention centre, where some 400 of the original 600 refugees are still living in dangerously unhealthy conditions.

Prof Patrick McGorry thinks it might take deaths on Manus to get a more humane response to the plight of the... https://t.co/GhxBtAryyH

The letter to the Prime Minister and Opposition Leader says:

We believe that it is time to stop the unacceptable and internationally criticised treatment of the refugees on Manus Island, who though innocent of any crime, have been incarcerated and now abandoned there.

We should not withhold water from people, nor withhold food, we should not leave seriously ill people to die without medication and treatment.

We are also concerned about Australia’s international reputation in human rights. It seems that both our major political parties have failed to meet the most basic obligations under the United Nations Refugee Convention, one that our country helped to negotiate and which we signed in 1951. It is somewhat ironic that Australia has just been appointed to the UN Council for Human Rights. Do we condemn our own actions?

This is huge from the #UNHCR today, they're not holding back on #Manus.

"This is a man - made and entirely preventable humanitarian crisis. It is a damning indictment of a policy meant to avoid Australia's international obligations." pic.twitter.com/gJcuIkHECV

The chaos on Manus Island has been compounded by secrecy surrounding current negotiations between Australia and the United States on possible resettlement of up to 1,250 refugees in the so-called "people swap" that resulted in testy exchanges between President Donald Trump and Prime Minister Malcolm Turnbull.

It is understood that, so far, about 54 refugees have been resettled in the United States under this mechanism which is clearly designed to allow Australia to maintain a policy of harsh deterrence towards refugees arriving on or offshore by boat.

The Government of Nauru announced this week that an undisclosed number of the 600 refugees on Manus Island in Papua New Guinea had taken up an offer to have temporary shelter on Nauru while the United States Government continues to vet the backgrounds of refugees who might be offered an American home.

It is the estimated 400 refugees still holed up in the Manus Island detention centre formally operated by Australian sponsored companies that are now of greatest health concern.

The open letter to Mr Turnbull and Mr Shorten states:

We, as former Australians of the Year, representing the hearts and minds of the nation, are deeply concerned about the health and human disaster that is unfolding on Manus Island.

We cannot see any good for Australia to pursue this policy in connection to Manus Island.

We believe that the Australian Government is the one that needs to act in this matter and not the Government of Papua New Guinea.

Australians of the Year supporting the open letter to the Prime Minister and Opposition Leader:

HOW YOU CAN HELP!

An "emergency speak out" meeting is being held in Melbourne this evening — details available HERE.

You can also continue to share this and other stories highlighting the Manus refugees' plight.

Read more by journalist, author and activist, Jeff McMullen AM, at jeffmcmullen.com.au.

.@JulieBishopMP "now that we have a seat on UN Human Rights Council we can be a global champion for human rights."