SUBSCRIBE   DONATE LOGIN SHOP
SUBSCRIBE   DONATE
Wanted for Robodebt crimes: Morrison, Tudge, Robert and Co
The Commonwealth Bank's illusion of ethics
Why privatisation of the NBN would be a good thing
Get a Mark David T-shirt!
An elegy to masks and why mine stays on
Human rights News

In the race to cosy up to one Asian giant while combating another, Scott Morrison and his Government are overlooking the same crimes they claim to oppose.

Australia is continuing to overlook human rights violations in Jammu and Kashmir amidst its increasingly warm relationship with India, with a recent report detailing the extent of the injustices in the Himalayan State.

Compiled by the Forum for Human Rights in Jammu and Kashmir, the report details the 'economic, social and political impact' of India revoking the State’s special status in August last year before putting it into a lockdown enforced by nearly 40,000 troops.

The Forum found human rights violations across all aspects of life in the region. These included the nullification of habeas corpus; a removal of restrictions on illegal and child detention; students prevented from going to school or university; the longest internet shutdown ever imposed in a "democracy"; economic impacts across all sectors with losses totalling $7.4 billion; and the detention of political leaders whose releases, when granted, were on the basis that they would not criticise the Indian Government’s actions. 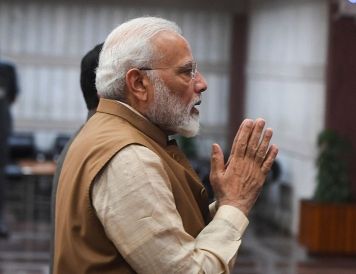 The recent decision to strip Kashmir of its special district status can be traced back to India's ultra-Hindu nationalism, writes B.Z Khasru.

Armed conflict has recurred throughout the security lockdown, with troops continuing to arrive in what was already the most militarised place in the world. With the local special citizen law also revoked last August, thousands of Indians from outside Kashmir been granted residency in the Muslim-majority region, which one Srinagar resident told Al-Jazeera felt like "the beginning of the end".

Despite these circumstances, there has been little mention of Indian transgression – particularly when compared to reporting about another certain Asian giant – by either the Australian media or Prime Minister Scott Morrison, while the Government is working to bring the two countries closer to help combat China.

'In a time like this, we want to deal very much with friends and trusted partners ... We share a vision for open, free, rules-based multilateral systems in our region, whether that's in the health area or it's in trade or in other places.'

The friendliness of this video summit and the alleged shared vision are concerning, given the threat Modi and his Party, the Bharatiya Janata Party (BJP), pose to human rights. Modi, whom Morrison said he looked forward to hugging and sharing samosas with, was once described as "a fascist in every sense".

Gujarat’s Chief Minister during 2002’s anti-Muslim ethnic cleansing, Modi is also a former member of the BJP’s ideological foundation, the Rashtriya Swayamsevak Sangh (RSS), a forthrightly Hindu nationalist organisation with historical links to fascism and Nazism. The RSS guides Modi’s philosophy of Hindutva and describes Kashmir as a “thorn in the flesh”.

#Article370: Curfew in Kashmir as protesters plan 'black day' ahead of 5 August - the day the government stripped the region of its special status. #5AugustBlackDay https://t.co/8kr6adQkrz

This outlook has led to the current severe crackdown in an already highly unstable region.

“Human rights are under threat in the province of Jammu and Kashmir, and in India more generally,” John Sifton, Asia Advocacy Director for Human Rights Watch, told the United States Congress last year.

Since Modi and the BJP were elected for a second term in May 2019, Sifton said:

Indeed, even before the takeover of Kashmir last August, a United Nations report detailed the extent of the “serious human rights violations” found in the region across the preceding 12 months. The Modi Government requested the report not be published, with a spokesperson calling it a “false and motivated narrative … in violation of India’s sovereignty and territorial integrity.”

Despite this history of human rights violations in Kashmir, which were exacerbated one month later, Australia helped block attempts led by Pakistan to put the situation on the agenda at the UN Human Rights Council, saying it was not the appropriate forum. 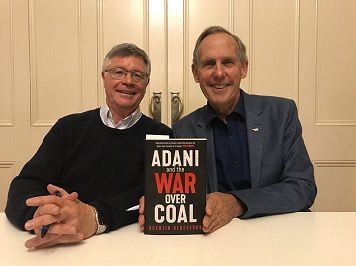 BOOK REVIEW: 'Adani and the War Over Coal' — a pox on both their Parties

The story of the devious and secretive negotiations between Adani and Australian governments of both stripes is appalling, writes John Biggs.

Such impartiality is not a luxury afforded to all aggressor states. Australia has rightly spoken out against China’s actions in Xinjiang against the Uighur population and Hong Kong, while remaining strategically blind to India’s conduct.

Even in a shadowy and remote border dispute about which admittedly little is known – itself a small part of a complex and decades-old issue – India quickly emerged as the victim and China the bully. The tussle was simply a show of strength by the People’s Liberation Army, which is now helping set the stage for “middle power solidarity” between India and Australia.

The most obvious rationalisation for this allegiance is that India is a democracy while China is not. But under Modi, India’s democratic credentials have dropped significantly, while Freedom House ranks Kashmir as less free than one year ago, moving into the same category as China.

In both Xinjiang and Kashmir, innocent lives are being lost, people unlawfully imprisoned and rights severely curtailed. Both the Chinese and Indian governments assert they are promoting ethnic harmony and socio-economic development as a bulwark against terrorism. But forgotten in the machinations of power is the reality for the victims.

For Uyghurs, these efforts are "chilling and horrifying", according to Alim Osman, President of the Uyghur Association of Victoria.

“It feels exactly the same as what happened in Nazi Germany – it’s happening in the twenty-first century again.”

The NGO, Stand With Kashmir, has similar things to say:

Their statement cites a “rise in fascism”, criminalising all dissent. The NGO believes that '[t]he Indian government’s sole response is violence. Their goal is a homogenous Indian society'.

Given the nature of international politics, it is inevitable that alliances will be formed and enemies made; after all, there are only "permanent interests". Human rights is rarely one. But we should at least know who we are hugging and remember who we hurt.

Jake Watson is a writer with qualifications in international relations, journalism and philosophy, with an interest in human rights, global migration and government hypocrisy.

The humanitarian crisis: Australia fiddles while the world burns

Understanding Orwell: His teachings in a time of extremes

12 March 2017, 10:00am The renewed embrace of George Orwell by the media and politicians reveals a deep ...
Join the conversation
comments powered by Disqus
News updates