As patriotism and ockerism compete to gain precedence in Australian culture, Dr David Stephens suggests we should also be aware of the often overlooked element of Anzackery.

"ANZAC is profoundly spiritual — inspiring pilgrimages still to that far-off place where our modern-day pilgrims drink deep from the well of national memory. So what is this legend that we call ANZAC? How has it shaped our nation’s life? How does it offer quiet counsel and gentle direction as we seek to chart our future?"

Rudd's address was the most overblown of a series of prime ministerial Anzac Day speeches, commencing with Bob Hawke’s in 1990.

Together they contain a trove of Anzackery — inflated rhetoric that has burnished the story of the Dardanelles campaign into a national myth.

The historian Geoffrey Serle coined the term “Anzackery” in 1967. He recalled his childhood in the Australia of the 1930s, when attitudes to Anzac exemplified the “double loyalty” that Australians felt.

On Anzac Day, fire-eating generals would indeed tell us that Australia became a nation at Gallipoli, but went on to dwell on the glories of the Empire of which Australia was only a subordinate part and the inherent superiority of the Britisher over any other ‘race'.

As a child of the 1950s and 1960s, I recall the smouldering embers of Anzackery falling from the lips of the mostly ex-serviceman teachers we had — even as loyalty to the Empire dissipated into links to the altogether more insipid Commonwealth. My own father, as the teacher with the carrying baritone voice, had the task at Anzac Day ceremonies of reciting the Ode; his Anzackery did not extend much further than that.

With the encouragement of our leaders, Anzackery has prospered in the last 25 years, though its precise content has been elusive.

Sydney University historian James Curran claimed in 2004 that Serle used the term “Anzackery” to mean “a distinctively Australian sentiment” — but that is a misreading.

Serle reserved the word for the bombastic puffery that he remembered from the 1930s and had detected since; the sort of tosh that Kevin Rudd peddled in 2010 and Tony Abbott will probably repeat this year.

Serle was too wistful about what he saw as an Australia at risk from American influences to give Australian nationalism the unflattering label — “Anzackery”.

The inauguration of the Australian War Memorial, Canberra, ANZAC Day 1929 by Louis McCubbin:

(Australian War Memorial ART09852; oil on canvas; a view from the bottom of Mount Ainslie and looking towards what is now Anzac Parade and Parliament House)

Anzackery today is a form of patriotic mysticism trotted out by prime ministers and old military buffers.

But why is it so popular?

Well, it's partly because it simplifies complex emotions and suffocates them in a layer of nostalgia. That one obvious element we can all see.

But then it's also because it is an apolitical instrument, usable by either side. Rather than let us on Anzac Day quietly contemplate war and its effects, Anzackery drops loud and heavy hints as to how we should feel.

For example, Julia Gillard on Anzac Day 2012 referred to

“...the tradition of arms passed down unbroken over a century to more recent conflicts”

and Abbott, just before he became prime minister, said he yearned to know more of soldiering in the mould of the original Anzacs, who were

Serving soldiers, according to James Brown in his book, Anzac’s Long Shadow, are rather more circumspect about Anzac; they are reluctant to be measured against the superhero dimensions to which Anzackery has inflated the original Anzacs.

Yet the Chief of Army, Lieutenant General David Morrison, allowed himself a rhetorical flourish when he addressed troops returning from Afghanistan recently:

"You have joined that long, loping column stretching back in memory’s eye through the mist of time, of those who have worn the slouch hat and Rising Sun badge abroad in the service of their country."

Traditions of arms tend to be buffed up and romanticised in direct proportion to the increasing distance in space and time from the front line.

A good example of this is The Spirit of ANZAC, by retired Colonel Arthur Burke OAM who claimed at Gallipoli that:

"A new world was born. A new side of man's character was revealed. The Spirit of ANZAC was kindled. It flared with a previously unknown, almost superhuman strength. There was a determination, a zest, a drive which swept up from the beaches on Gallipoli Peninsula as the ANZACs thrust forward with their torch of freedom."

Since then, Burke says, the Spirit lives in schools, on sports fields, indeed all over Australia and New Zealand.

“The Spirit of ANZAC is not something we can see but a powerful driving sensation that can only be felt."

Burke still thrives as President of the Anzac Day Commemoration Committee of Queensland and his words – found on the Committee website – have often been quoted by students competing for The Simpson Prize, an annual essay competition for Year 9 and 10 students.

The Colonel would undoubtedly support the extension of the Spirit to police, emergency service workers, doctors in emergency units, nurses and others — although it is difficult to see how euphoria allegedly generated on a beach in Turkey 100 years ago adds anything to the professionalism, compassion, dedication and community spirit that characterises these professions. 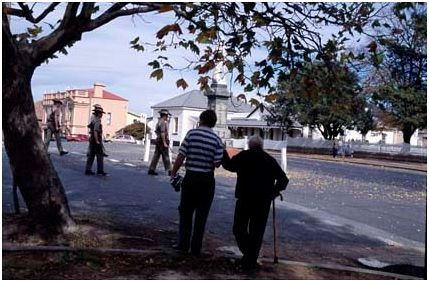 Anzackery, as peddled by Burke, Rudd, Abbott and others, is easily dismissed by mature adults who recognise that there is a lot more to war and its effects than can be distilled into feel-good, sentimental, sometimes sycophantic hyperbole.

Are children as critically well-equipped?

Eight-year olds today are being taught to sing:

At the closing of the day

Year 6 students are being recruited by the Australian War Memorial to recite the 62,000 names on the World War I Roll of Honour — although there must be some doubt that 11- and 12-year olds can fully appreciate the horror of death in war.

Sentimentality does not capture the full story of what war does to the people who serve and to their families. Overemphasising military adventures distorts our history.

Anzackery is noisy double-speak promoting the agendas of those who peddle it.

David Stephens is secretary of Honest History (honesthistory.net.au). Honest History is a broad coalition of historians and others, committed to frank debate and expressing a diversity of opinions on specific issues. Views in this article are the author's own. 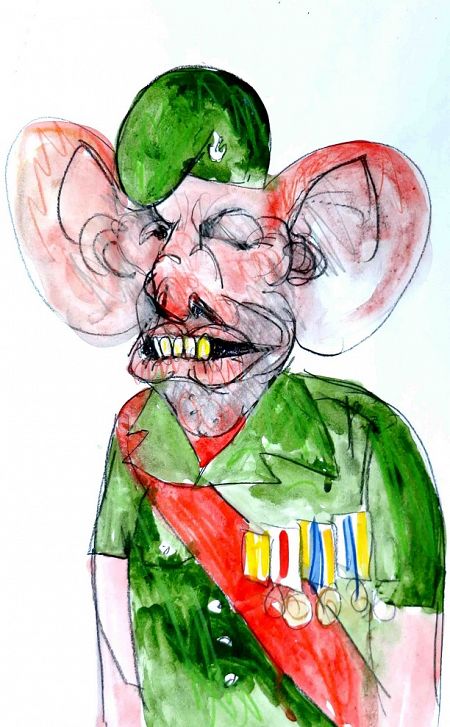