Above all, 'COVID truther' groups are tragic

One anti-vax group that Joanna Psaros joined was irrational, boring and quite frankly, sad.

'My 82 year old mum will not accept the vaccine … My immediate family is 100 per cent against it so I don’t have to worry about them and a lot of my friends are on the same page, but so many people have been sucked in and I am running out of options to convince them.'

DEPENDING ON where you live, there’s a good chance you’ve noticed an infestation of bizarre stickers adorning various public surfaces.

‘If you are afraid of breathing, you are the one who is unwell.’

‘Live in fear,’ proclaims another ‘(it makes you easier to control).’

The messaging is vague, but the target is clear; lockdown and the COVID vaccine.

The messaging itself repelled me, but there was something about the presence of an underground fringe movement in broad daylight that was both disturbing and strangely exciting. It conjured up images of an organised underworld taking to the streets in the cover of darkness.

I decided to follow the QR code link on one of the stickers to the online chat group of the White Rose, a name, stolen from the non-violent student resistance group against Nazi Germany. The link between the names is an example of the "COVID truthers" co-option of the anti-fascist movement’s techniques and messaging.

In December last year, a German anti-lockdown protester gained notoriety for publicly comparing her efforts in protesting the lockdown in Germany to the anti-Nazi White Rose’s Sophie Scholl.

Scholl was executed at the age of 21 for producing and disseminating anti-fascist leaflets. 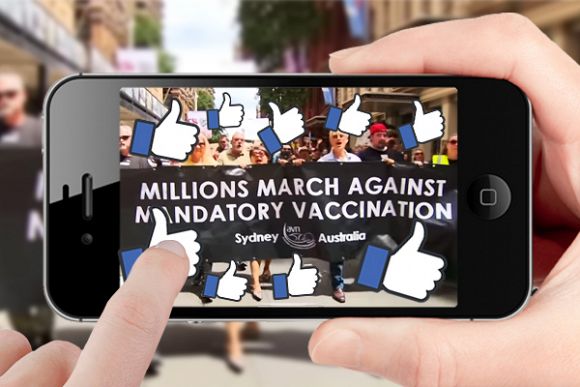 As I delved into the forums, I started to feel paranoid about the chance of being seen and outed on here, and the reactions of my friends and workmates. And then it occurs to me that these are the risks and consequences these users voluntarily face. This can mean one of two things.

Either they believe so fervently they’re willing to accept social exclusion, or that there are enough of them that people in their life actually accept their views. As it turned out, it was a mixture of both.

'So many people have probably written me off as a nutcase, but I honestly don’t give a flying f**k. A lot of my friends are on the same page but so many people have been sucked in and I’m running out of options to convince them.'

When asked if her parents were against vaccinations, she replied:

Absolutely! We were never vaccinated as my Dad wouldn’t allow it. My sis and I had measles, mumps, whooping cough and chickenpox and I believe it gave us incredibly strong immune systems.'

This prompted Edward to proudly respond with his own list of preventable childhood ailments, responding,

'Ha! Same. I’ve had chickenpox, measles & mumps. Lucky you to have a switched-on Dad!'

A person with the username "Just Wondering" explained cryptically explained how she became involved with the movement, claiming:

'I went down so many rabbit holes it wasn’t funny.'

Determined to get to the bottom of their obsession, I tried to pin down exactly what the rabbit hole meant. Immediately, I was sorry I asked.

Thrilled at the prospect of a new convert, the chat was flooded with links to podcasts, websites and videos disseminated from right-wing conspiracy theorists (one the most popular was Daily Mail). Many were seemingly unrelated to COVID, including an action thriller about a U.S. Government agent who rescues children from sex traffickers starring Jim Caviezel.

I was exhausted from trying to mentally debunk the incessant flow of misinformation. Whenever the conversation deviated from the general theme of global government control, users talked over and frequently contradicted each other. Whatever I had expected from this movement, it wasn’t that it would be so disorganised and, well, boring.

And when the posts weren’t boring, they were just sad.

'My 82-year-old mum will not accept the vaccine,' claimed a Melbourne member to universal support.

'I’m just a mum concerned for the future of her kid,' proclaimed another, which certainly concerned me. 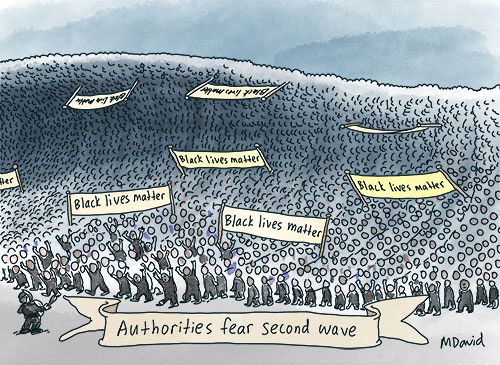 When the conversation turned to a simultaneously aggressive and wildly paranoid discussion on the myth of "black supremacy", I decided it was time to log off. I’ve no doubt that "COVID truthers" in particular and conspiracy theorists in general pose a serious danger to society.

But for me, this exchange sums up my experience with them.

'Hello everyone, what the f**k is going on?' asked Daniel.

After being met with an influx of wacky videos ranging from social distancing, to child trafficking and aliens, he responded:

'Ah, very good. Many people have lost the ability to think critically.'

Suddenly those stickers had lost their intrigue.