AS OF 2021, sexual violence in Australia was at a 20-year high. The Jenkins Review revealed sexual harassment is rife in our own Parliament House.

We need to talk about this. But I propose that, for once, we consider how rape culture affects men.

Over the past few weeks, it's been nigh impossible to avoid the public backlash against child sexual abuse survivor and feminist activist Grace Tame and her, to be frank, cruelty against PM Scott Morrison, the most powerful man in the country.

Certainly, Ms Tame has had a "terrible life", as our leader graciously admitted. But, does this give her the right to frown at Morrison and make him look silly in front of the national press? 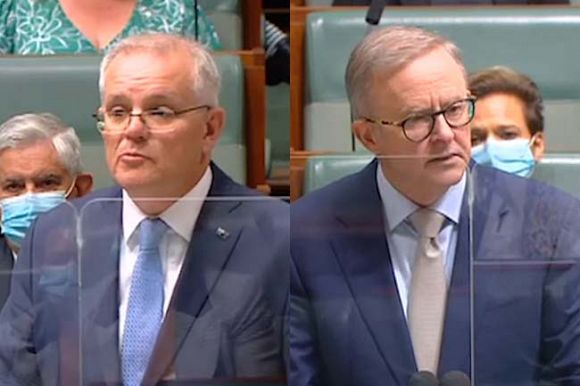 Is Australia's PM responsible for a career-defining record of excusing and permitting sexism? Perhaps. Was his mishandling of a young staffer's alleged horrific rape an international embarrassment? Sure.

But let's not forget, this is a man with daughters. With a wife. A man who has publicly disavowed rape.

Former NSW Minister for Women Pru Goward is one among many who has appealed for a little more gratitude toward our unlikely feminist hero.

That her [Grace Tame] attacks on a well-meaning and blindsided prime minister have been personal, has made people frightened to call her out since they may be next. Sometimes I felt she was ungenerous.

If you’re negotiating something as complex as a national approach to sexual abuse then you need to accept that sometimes governments have their limitations and won’t go all the way with you... Scott Morrison must sometimes have felt very disappointed that she didn’t ever acknowledge that he seemed to be trying.

Of course, the former Australian of the Year is not the only offender in the war on men. Back in April of last year, then-unknown refugee and feminist-rights activist Shane Bazzi posted a six-word tweet accusing Peter Dutton of being a rape apologist.

Bazzi alleged that he came to this position after Dutton publicly questioned the legitimacy of refugee women's sexual assault allegations and pleas to enter Australia for safe abortion procedures, and voiced his "he said, she said" view on Brittany Higgins' alleged assault.

Dutton sought public acknowledgement that, given his integrity, the very act of questioning his respect for women was an offence more reprehensible than rape apology itself.

"... attacked him for something he's felt he's done a very great deal to prevent over the years."

And in November, a court of law – headed by 67-year-old Justice White – found the MP was officially not a rape apologist. And quite rightly. At most, he's a rape sceptic. 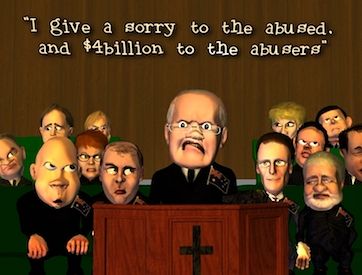 Prime Minister ScoMo calls an impromptu press conference and proves he is no John Howard.

In June 2021, a dossier accusing Porter of historic rape was made available to Scott Morrison. One year earlier, a woman had died from suicide following three alleged rapes (on one occasion, alleging she woke up to Porter anally raping her while she was lying face-down).

Porter strenuously rejected all claims. Nonetheless, he courageously resigned from one of the most lucrative political posts in the country.

We need to do better and listen to victims — these men in the political arena who are victims of upsetting allegations. After all, would a politician lie about having tremendous respect for women?

Joanna Psaros has a background in law and international affairs. She writes on women's issues, culture and politics at girlslockerroomtalk.com.

20 October 2021, 1:00pm While climate change is a threat to all Australians, it's the Indigenous communi ...
Join the conversation
comments powered by Disqus
News updates