By Tony Backhouse | 31 May 2011, 12:01am | comments |
Tony Backhouse says, "People may never know the answer to "Life the Universe and Everything" but abandoning science obstructs understanding". 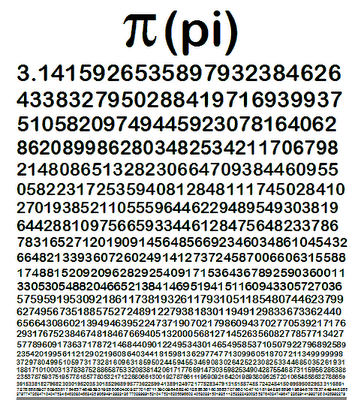 In reply to the Sydney Morning Herald front page story "He's not the son of god, just the support act" (May 28, 2011) I would like to clarify a tenet of seeking a literal interpretation of scripture. That is, if read from a mathematical perspective, the Molten Sea of King Solomon's Temple (I Kings 7 or 2 Chronicles 4) measures 10 Cubits in diameter and thirty cubits all around (circumference), therefore Pi equals the rational number 3. Those of you who advanced to high school mathematics and may have been taught to use the rational number 22/7 – 3.1428571428571 (as an approximate) – should have deduced that the Molten Sea either had a smaller diameter or a larger circumference by greater than one cubit.

More recently, Werner Heisenberg was able to use the statistical analysis of probability to shed new light on sub-atomic particles, but to Albert Einstein quantum mechanics seemed somewhat irrational. He summed it up up by stating "God does not play dice", indicating his unwillingness to merely accept this analysis of something that is seemingly unknowable.

People may never know the answer to "Life the Universe and Everything" (the title of a book by Douglas Adams) but abandoning science obstructs understanding. By all means adhere to any religion that suits you, but apply logic to your daily life as we all share one planet from which there seems no mortal escape. We should make the most of our lives for our children's future.
RELIGION SCIENCE Albert Einstein religion science Tony Backhouse
Recent articles by Tony Backhouse