Electronics repairer Tony Backhouse says the "Coalition's GST and New Tax System was the termination notice for tens of thousands of people working in the repair service industry". 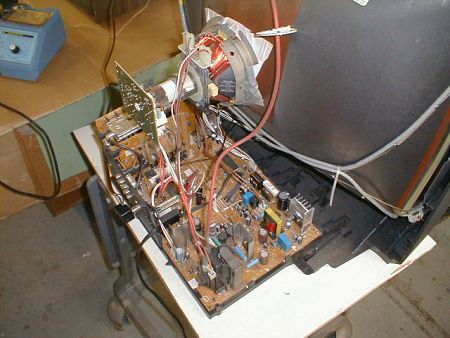 In reply to the letters of both Mark McLean and Kevin Darke in the Daily Telegraph on May 11 (note below) I would like to say that the deal agreed to by former Australian Democrats Senators Meg Lees and Andrew Murray to pass the Coalition's GST and New Tax System was the termination notice for tens of thousands of people working in the repair service industry. The Sales Tax rate on Automobiles and components was 22 per cent of the "wholesale" price, on a big ticket item where the retail mark-up was only a few per cent. However, a repairer usually has to charge a high percentage mark-up on small ticket, individually supplied, low turnover replacement components to make a profit that is comparable in real dollars.

What's worse is that an expensive repair competes with replacement and thanks to the New Tax System the second hand market is now flooded with cars unwanted for trade in.

The "Tax Mix Switch" was worse for electronic repairers, for whom many new items were taxed at 32 per cent with similarly minute retail margins. The net retail price drop of competing replacement equipment over the 12 month transition was 25 per cent and repairers were expected to charge 10 per cent on top of their service charges which mostly consisted of labor costs. 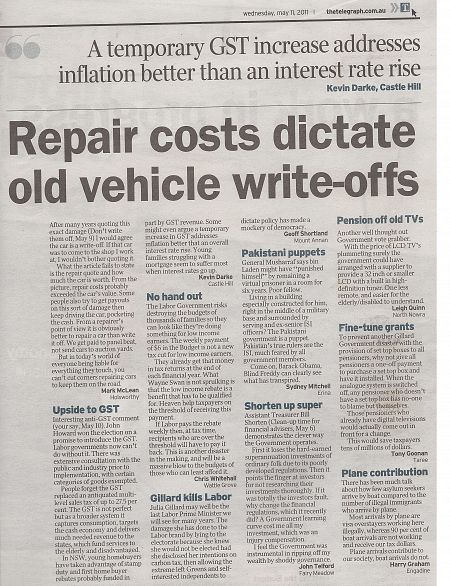