IT MIGHT BE SAID that if justice were free, everyone would be in the courts litigating. But in Australia, for example, essential medical attention is free (we call it Medicare) and it hasn’t turned everyone into hypochondriacs. In Japan, where medication is also free, it could be argued that it has.

In Charles Dickens’ novel Bleak House (as portrayed by the series on BritBox recently), a young man is driven to death by the stress of claiming his inheritance through the courts, which ends up being totally absorbed in legal costs. This is art imitating reality. I spent two years as an unpaid paralegal helping my mother contest her nephew’s will. What would seem a common and simple thing actually costs over $100,000. More than half of the $600,000 estate was absorbed in legal expenses.

In Australia, legal aid is available to anyone who has no money for representation in the courts. The wealthy can afford lawyers (which includes solicitors, barristers and judges). Everyone in between – that’s most people – simply cannot afford justice.

The system we have (and is common worldwide) incentivises legal wrangling; it encourages the legal profession to give oxygen to disputes. If the profession were nationalised, there would be no money in “over-treating” clients. That wrangling includes the over-complication of legalese. 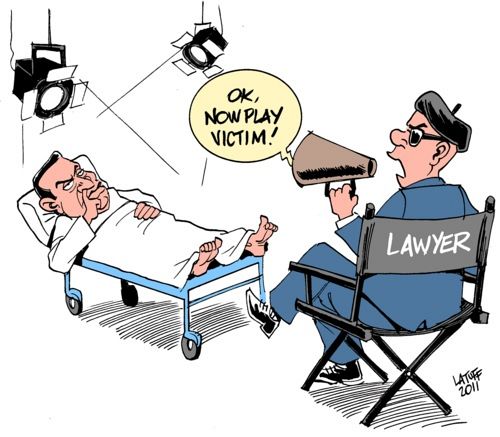 The Productivity Commission is trying to make Australian civil law ‘faster, simpler, fairer’, but Evan Whitton wonders whether our parliament of lawyers will let them?

Apart from worthy, recommended tweaks to the system such as the Plain English movement, universal access to a properly nationalised legal system would enable ordinary, well-educated citizens to both participate in the courts (represent themselves, thus reducing the need for lawyers) and utilise the law to secure justice and settle disputes in a timely manner.

The blood-sucking nature of the legal profession is under threat – and rightly so – by “smart contracts” and other automated digital technology (which does nothing to simplify it, however).

If these ideas seem outlandish to you, be aware that they have common currency and have had so for some time, as demonstrated by this Forbes article from 2009 by Brett Joshpe, an attorney in New York, entitled ‘How about a Nationalised Legal System?’, which I found on my first internet search of ‘nationalise the legal profession’.

Search ‘plain English in the law’ and you’ll get plenty of common-sense evidence of efforts to simplify and clarify legislation and other government communication such as ‘Kill all the Legalese: How to Achieve Plain Language Legal Contracts’.