With Election Day looming, the top issues reveal something about the state of the nation, writes Simon Cole.

A cross-section of media polling and surveys paint a picture of Australian voters concerned about climate change, cost of living and the economy in that order (ABC Vote Compass, The Guardian, Sydney Morning Herald). Integrity and health/aged care are close runner-ups.

These results are weighted across party lines and are reflected most clearly in swinging voters’ concerns. They bode well for the teal Independents, whose priorities are climate change, integrity and (gender) equality.

The disconnect between voters and politicians on climate change speaks to the skewed influence of party donors from industry lobbyists and other private interests. This probably goes a long way toward explaining why integrity has finally become a major issue this Election, even though it’s been a problem for a long time.

If enough voters are connecting the dots between climate inaction in politics and the corrupting influence of money from, among others, the fossil fuel industry, the Federal ICAC Now (FIN) Party may reasonably hope to attract enough votes to get a senator elected. FIN vows to vet all legislation for any potential corrupting influence.

But what is most surprising to me – not least because few others seem surprised – is that the cost of living is such a prominent issue in a wealthy country like Australia. It is reported in the news as normal, “the bottom line” and a “hip-pocket issue”. What does this say about us? How can this be in one of the richest countries in the world?

It doesn’t take a rocket scientist to explain that if so many citizens are being affected by the cost of living in a rich country, the spread of wealth is a problem. Economic inequality should, therefore, be right up there with climate change. But instead, economic management (efficiency) ranks far higher than poverty and inequality.

However, it can no longer be assumed that Coalition voters are generally the better-off sections of society, as many so-called working-class voters have abandoned Labor which, they feel, betrayed their interests by supporting globalisation, undermining wages, working conditions and even their cultural identity. 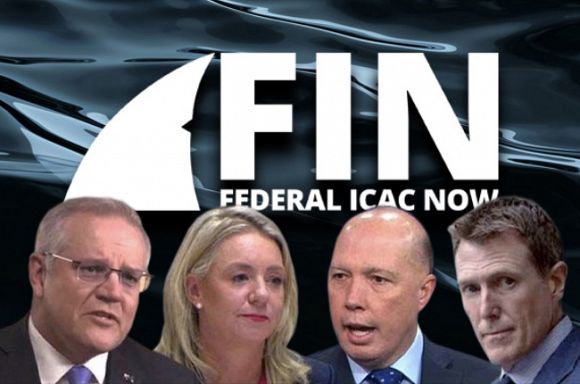 While many parties promise a federal ICAC, FIN is the only party truly committed to eradicating government corruption.

Nonetheless, it appears that for the poor, the impact of cost of living pressures concerns them more than the causes (inequality) and therefore the solution escapes their attention. Not surprising, when you think that those struggling to pay the next bill are unlikely to have the time, resources or wherewithal to connect the dots. So it’s a chicken-and-egg situation. The cycle of poverty grinds on.

Or perhaps there are not that many “poor” people. Yet a better redistribution of wealth would help even the wealthy. There is ample evidence that more equal societies work better for everyone. It is as major a roadblock to action on climate change (to mention only one issue) as the corrupting influence of money in politics.

Are too many people focused on their own immediate and short term future interests, be they poor or well-off? The only way it’ll break is when enough in-betweeners (those wealthy enough to be able to act and who care enough about the wider community they want to live in and those who are too wealthy and greedy to do anything “against their interests”) do something — or as history has shown, there’s a crisis that leads to war, the great leveler.

Those in-betweeners were called the middle class. Sadly their ranks have been decimated by economic rationalism and neoliberalism.

Time for a plebiscite on Big Australia

7 January 2022, 7:00am With a federal election looming, it's worth raising the question to the Australian ...
Join the conversation
comments powered by Disqus
News updates