Revelly Robinson explores a new book that looks at how we take food security for granted and why we need to think wisely about agricultural productivity.

THERE ARE so many truths to the book, Why You Should Give A F*ck About Farming by Gabrielle Chan — the lack of emphasis given to agriculture; the dissociation between the process of food production and eating, and the taking of food for granted.

Gabrielle Chan’s forensic work in drawing attention to such an important issue has highlighted why we should start caring more about our most important resources — our food, land and water. With an effortless writing style, Chan guides us through truckloads of information in making an argument that has seemed like common sense all along.

Ours is a culture that lionises the quintessential farmer. He (typically) is a salt-of-the-earth, down-to-earth bloke who loves the land and tends to it with reverence. 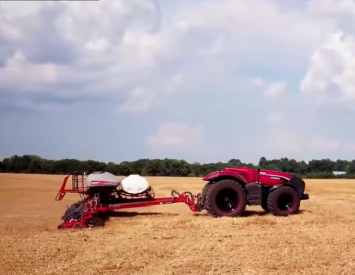 The rise of "smart farming" is heavily dependent on the accessibility of technology and the internet, writes Paul Budde.

As Chan navigates the chapter ‘On history’, this idealistic view of the farmer usurped the notion that Indigenous people could ever make productive use of the land. Our belief in the farming icon is as much about maintaining our cultural obsession with the settler tradition, borne out of a blinkered sense of history as linked to White settlement. However, the archetype that we hold of farmers living off the land on small-scale farms is becoming rapidly misplaced.

In ‘On the middle’, Chan draws attention to the severe hollowing out of the farming enterprise into either small-scale hobby farms or corporate behemoths.

Farming is becoming increasingly commoditised in order to ensure affordability in a competitive market. Yet, if we consider what the goals are of productive agriculture – to maximise yields while ensuring the longevity of the land – it's most likely medium-sized producers who will achieve these aims.

In ‘On families’, Chan typifies the conundrum facing many farming families, such as the Middletons. Squeezed between filial patronage and the modern demands of running a business, the family is only too aware of the opportunities that await if it was to sell up.

But despite the growing collectivisation of agricultural property, ‘On disruption’ reviews the exciting opportunities that abound in farming innovation and how entrepreneurs are capitalising on the growing use of technology. As Chan notes wryly throughout the book, despite the perpetual drought, bushfires, the water crisis, warming climate, soil erosion and all the rest, for the most part, farmers have it pretty good.

Reflecting on her own experience gives a useful insight into Chan’s perspective of the rural lifestyle. Herself a city slicker from Sydney, she admits to having had little experience in the outback before marrying a farmer and moving to a wheat farm in southeast New South Wales.

Chan's realisation that she didn’t know two sods about farming was ironically brought home during the pandemic when she found herself ordering wheat from overseas to jump on the sourdough bandwagon despite the fact that she lived on a wheat farm. This revelation inspired her to investigate agriculture more closely and it's this personal epitaph that serves as a prelude to the exploration of agriculture in her book. 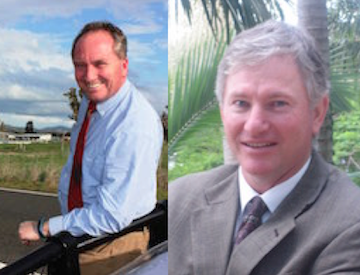 Changes in the bush: Breaking the drought on Barnaby-style bluster

As floods take hold in the outback, Lee Duffield presents two vastly different approaches as to what can be done.

Food security is at the heart of the central theme of the book and whether the systems we have in place are really conducive to ensuring that we have enough supply.

Chan incisively makes the point that despite Australian Bureau of Agricultural and Resource Economics and Sciences' (ABARES) proclamations of sufficient food supply during the pandemic (latched onto by politicians to prevent people panic buying), the inputs that go into the supply of food are not all domestically produced and because of this, food shortages were still a real risk.

In chapters such as ‘On water’ and ‘On soil’, Chan emphasises the need for more long-term thinking about agricultural productivity which needs to occur on a systemic level, not merely in reaction to panic buying spurred by a pandemic.

Growing consciousness about fresh food – particularly since the home cooking revolution spawned by the pandemic – has many flow-on benefits, giving us a greater understanding of food production. Yet agriculture is becoming increasingly corporatised and as Chan notes, perhaps the image of the farmer we so desperately want to believe in should be more aptly replaced by a businessman in a suit.

The implications this has for agriculture and food productivity are realised and come full circle towards the conclusion of the book, where we again revisit the Middletons. The family's experiences are not uncommon in the farming community, as Chan ponders, in a world where we are becoming increasingly disconnected from producing the food that we eat — a world we want to preserve for the next generation.

‘Why you should give a f*ck about farming' is available from Booktopia for $27.50 (paperback) RRP.