Revelly Robinson reviews Firestorm, a book by Greg Mullins detailing the Government's inaction on climate change from a frontline perspective.

THE TERRIFYING and catastrophic fires of 2019 should have triggered a warning for politicians to take climate change seriously.

Sadly, the entreaties from Emergency Leaders for Climate Action (ELCA) for Prime Minister Scott Morrison to prepare adequately for what was always predicted to be a devastating bushfire season fell repeatedly on deaf ears. Now, veteran firefighter Greg Mullins tells his story about life on the frontline of climate change impacts and why he sees it as so crucial for all of us to heed the call of immediate climate action.

Greg Mullins was always going to follow the footsteps of his father into firefighting. It’s in his blood. Throughout his exemplary career, Mullins rose through the ranks of the New South Wales fire service, witnessing first-hand the carnage wrought by bushfires upon homes, wildlife and communities.

Growing up on the outskirts of northern Sydney, Mullins’ childhood was immersed in nature. Despite seeing the toll firefighting had taken on family life, Mullins was nonetheless drawn to the service out of a desire to protect communities against such disastrous events. 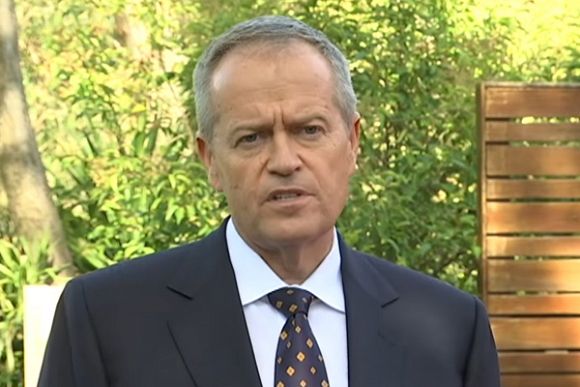 The mismanagement of our bushfire crisis by the Liberal Government would have been avoided had Bill Shorten been elected.

He describes the escalating series of fire events, from the 2003 Canberra bushfires to Black Saturday in 2009 and the worsening set of conditions that contributed to each outbreak. Following the onset of drought after a cycle of El Niño, the conditions were rife for another catastrophic fire event. However, as Mullins attests, the 2019 bushfires weren’t just impacted by cyclical events, but exacerbated by overarching changing climatic conditions of hotter, drier summers.

The increasingly earlier start of bushfire seasons all across the world posed a major resourcing challenge. One of the key messages that Mullins makes in his book is that the bushfire seasons of the northern and southern hemispheres were starting to overlap, meaning that equipment could not be transferred from one country to another. It was this concern that Mullins attempted to press upon the Government early when it became clear that 2019 presented a substantial risk of an early bushfire season.

Sadly, the warning signs were ignored, despite Mullins and ELCA having made every attempt to brief the responsible ministers on the issue. In what should have been released to the public as a travesty of consultation with constituents, Mullins describes how ELCA’s letters to Agriculture Minister David Littleproud were responded to formulaically, including a letter dated 8 December 2019 referring in past tense to a telephone meeting that never occurred on 10 December 2019.

Such lack of respect shown by government ministers towards the experts in their field demonstrates why there is such a loss of faith in governments to act in the public interest. 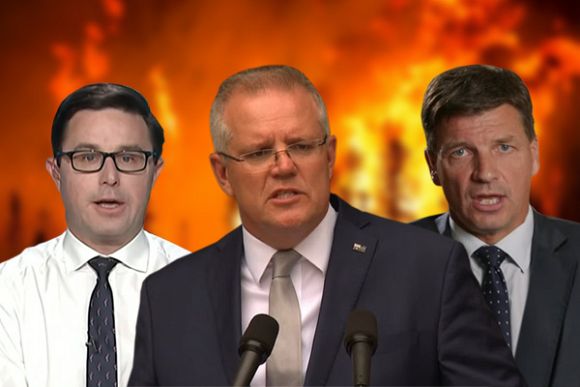 Aside from the Prime Minister abandoning the nation as it burned, other Liberal Party ministers have handled the situation equally as ineptly.

This cynicism towards the Government is compounded again when Mullins describes another blow-off of bushfire survivors Fiona and Aaron from Taree. When any attempt was made to link the fires to climate change, the association was flippantly dismissed by everyone from MP Michael McCormack to former NSW Premier Gladys Berejiklian.

In a rundown dispelling the numerous myths that were propagated about the bushfires, Mullins pours scorn on the assertion that greenies were somehow responsible for stopping hazard reduction burning which contributed to the fires. The widespread misinformation campaigns that circulated around the 2019 bushfires, all whilst politicians and media failed to acknowledge the elephant in the room, distracted from any attempt towards meaningful action in response to the fires.

Hence why it is so imperative for voices, like those of Greg Mullins, to be heard. For too long, politicians have been willing to write off the calls of activists and other thought leaders for greater climate action. Now the calls are coming from those people working on the front line.

With the people most qualified to examine the effects of a warming planet on our livelihoods advocating for more government action, one wonders how long the Government can continue to ignore the need for increased abatement of carbon emissions.

Firestorm is available from Booktopia for $26.25 (paperback) RRP.