Bob Ellis reviews 'On the Road'

Bob Ellis says the newly released film version of Jack Kerouac’s Beat Generation masterpiece, On the Road, is hard to beat as an adaption.


REMEMBRANCE OF THINGS PAST: WALTER SALLES’ ON THE ROAD 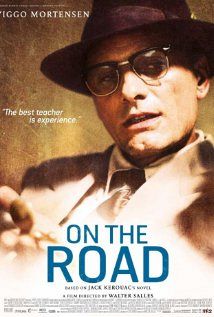 The difficulties of doing On the Road are insuperable but they have been overcome.

Jose Rivera, the screenwriter, Walter Salles, the director, Eric Gautier, the lighting cameraman, a swag of multinational producers (Charles Gilbert, Nathanial Karmitz, Rebecca Yeldham) and a Brat Pack of nitroglicerous young American talent like none since The Usual Suspects have subdued a text of multiple bisexual infidelity and drug use in Denver, Frisco, New York, New Orleans, Mexico and the snow-slushed roads of middle America, wife-sharing, male whoredom, and a kind of apocalyptic decadence indistinguishable sometime from impoverished urban madness that proves on the screen as large a classic as the endless page that Kerouac typed and typed into immortality.

Thought romantic then, it will seem feminist now. In those years before the Pill, Dean Moriarty (Garrett Hedlund) impregnates, deserts and outrages a number of beautiful suffering women, shares a couple with his friend Sol Paradise (Sam Riley), drives cars very fast, routinely greets arriving friends naked, maddens those, male and female, who love him and, like Withnail, Gatsby and Jimmy Porter, ends badly.

It was before my time, but the Hip philosophy, close to what some young people I know are like now, seems at this distance what it probably was — another American cult, like Scientology. Wisely, the filmmakers use cold and wet and snow a lot, grubby hotel rooms and bars and big shared tokes of marihuana and endless onrolling snowbound empty highways to give us an era that sought in drugs the manhood its elder brothers found, and died of, in war.

Like Byron, Keats and Shelley, some of these young men die of their poetry, and their women survive to hate the stink of their memory. As the latter, Kirsten Dunst, born rich but now begrimed with bellowing children and unaccustomed poverty, gives battered wifedom to perfection, and Kristen Stewart as Marylou, blithe and naked and tossing off two men, one of them the driver, in the front seat of a speeding car, has the beauty and glint of a probable superstar.

Hard to better this as a film adaptation, not even Merchant Ivory – and this is high praise – having done it better. I look forward to the response of my own, and previous generations, in these columns, perhaps, to a true and copious, reflective classic of a time now gone forever.

(On the Road opened in cinemas around Australia on 27 September.)