"Not many disappointments," says Tony Abbott about his first year in power, as The Australian's Paul Kelly and others give their fellow Murdoch employee a gently soothing foot massage:

Tony Abbott one year on: how the trust was won and lost http://t.co/K193qLirsi 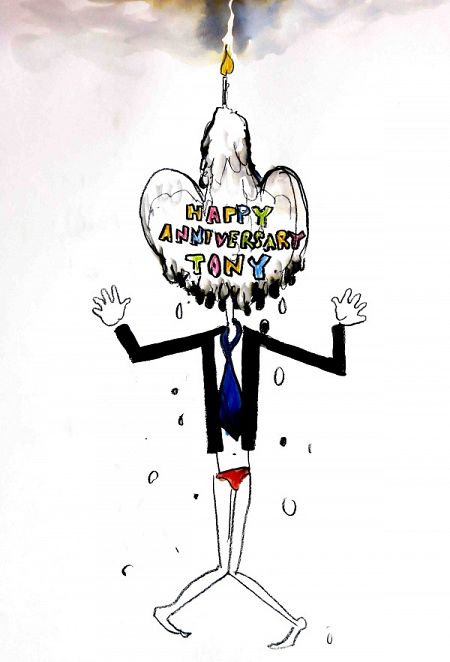 A year ago today, the Australian people, presumably drunk, decided to throw caution to the wind and make Tony Abbott prime minister.