Who's paying for the Abbott Government propaganda in our power bills?

Are AGL customers paying for the Abbott government's propaganda blaming the huge hike in power bills on the Carbon Tax? Lachlan Barker reports.

I WAS at work in my office last week when the office manager opened the mail, then came over to my desk and showed me some more of bloody outrageous propaganda that the federal government has been spreading via the power companies.

The offensive piece of mail was from AGL, and it pointed out that with the repeal of the Carbon Tax, the customer could look forward to a cut of 7.8 per cent from their upcoming power bills. 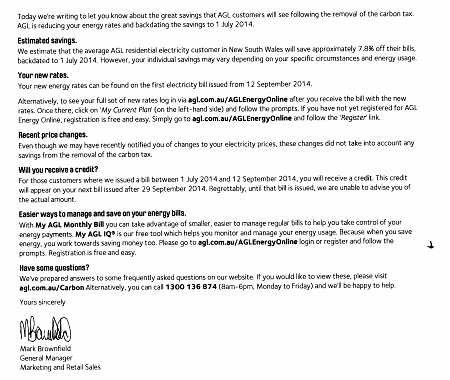 Now as I reported last time, in NSW, where I live, the state government mandated that the power companies have to spread the misleading — scratch that —  blatantly wrong message that one of the reasons power bills are so high is because of the Carbon Tax and green energy schemes.

However, back then, the power company involved was Origin, and they (at least) spread the government propaganda on the customer’s quarterly bill. They weren’t so blatant as to send out a stand-alone propaganda letter. 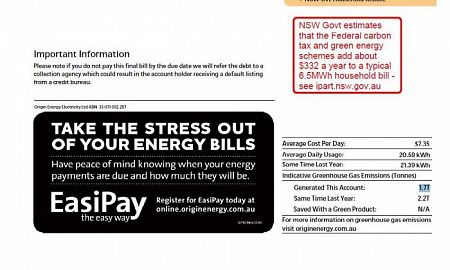 This new missive from AGL was a separate letter with no other purpose than to spread the anti-Carbon Tax message and, to add insult to injury, it seems clear now that the customers of AGL had to pay to receive this rubbish.

I estimate that it cost AGL $3.8 million to do this mail out.

Currently, mailing a letter costs 70c for the stamp — paper, envelope, printing and the writing of the thing would round it off to a dollar per letter.

AGL have 3.8 million customers — both residential and commercial. Thus, the maths indicates that they spent $3.8 million to spread the Abbott government message. 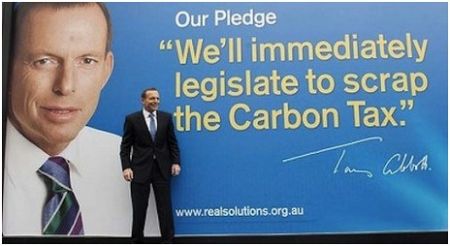 Clearly a dollar isn’t going to break the bank, but I think you can understand the frustration here.

You only pay to read things you like — a book, a newspaper, a magazine. To be forced to pay for something that is blatant propaganda is not only frustrating, it’s offensive.

I did correspond with AGL about this, but got little or no sensible answers out of them.

First I asked AGL if they had ever written to their customers to give them the full story, explaining to the customer that ~50% of their power bill was network charges?

I then asked if the customer was being charged to receive this letter describing the removal of the Carbon Tax.

Once again, no response.

However, I think we can assume that, just like the lucrative “gold-plating” of poles and wires energy companies were allowed to recoup from us long-suffering householders, we’d be paying for the cost of the mail-out.

So moving from the customer to the shareholder, what of profits? 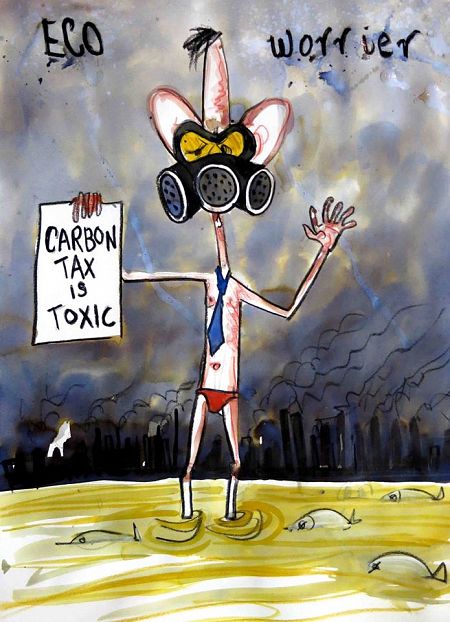 But if it was a drag on the economy of the country – as the federal and conservative state government members never tire of telling us – it didn’t make a dent in AGL’s profits, that’s for sure.

‘AGL’s statutory net profit after tax for the year rose by 238.3 percent due to a full year contribution from AGL Loy Yang, changes in the fair value of certain financial derivatives and a strong performance by the core Merchant and Retail businesses.

Underlying earnings per share increased by 8.8 percent to 108.8 cents.

‘The result reflects the difficult operating environment faced by all the major energy companies.

As well as the record warm winter weather conditions experienced this year we saw a further drop in customer demand for energy.’

No mention of the Carbon Tax reducing profits, please note!

So what causes high electricity prices? Carbon tax? RET? No - it's gold-plating of poles and wires! ABC tells all http://t.co/fUYiUzYxWF

So if the Carbon Tax was the overarching bogey man of the economy, it certainly hasn’t slowed AGL down, with their shareholders having to make do with a miserable $562 million in profits for 2014.

However, just as I had submitted this piece to the editorial team here at IA, another piece of news entered the mix.

“AGL have announced a profit downgrade due to the removal of the Carbon Tax, have you seen that?”

I hadn’t, but I have now, and Sandi then made a remark along the lines of “you couldn’t make this stuff up”.

Indeed, it turns out the scrapping of the Carbon Tax has reduced AGL profits.

This story, tucked away in the business pages of the Sydney Morning Herald, entitled 'AGL warns of profit hit from carbon tax removal', reports:

‘Energy utility AGL has warned the removal of the carbon tax will cut heavily into its profit for fiscal 2015.’

The reason is due to a complex financial system of subsidies:

‘Removing the tax will slice $186 million off [AGL’s] pretax profit for the new financial year, with $100 million of this due to the impact of the loss of subsidies for the heavy level of carbon pollution of the Loy Yang A power station in Victoria.’

You couldn’t make this up! AGL complains of profit loss as gov $ subsidy was bigger than actual CT! http://t.co/z50fzViwtX #carbontaxrepeal

Our federal government has constantly referred to the Carbon Tax as a “wrecking ball” on the Australian economy, well that, literally, doesn’t add up for AGL.

While the Carbon Tax was in play, AGL’s profits were healthy.

Upon its removal, AGL took a $200 million profit hit.

Then, due to the federal government mandating that the power companies ‘inform’ the voters about the super-happy-fun-times that were ahead with the Carbon Tax’s removal, AGL had to spend $3.8 million sending out a letter telling us about it.

I still can’t get an answer out of AGL about who was paying for this letter:  the customer, as an addition to their bill — or the shareholder, in microscopically reduced profits.

So I tried to get federal treasurer, Joe Hockey, to admit, on behalf of his government, that the repeal of the Carbon Tax isn’t the universal panacea they'd claimed.

'AGL has suffered a $200 million dollar profit hit, due to the repeal of the carbon tax, in this case loss of subsidy relating to Loy Yang A
Power station being a factor.Therefore, would it be fair to say that the removal of the Carbon Tax has not been universally good for the Australian economy?'

As ever, when you ask a member of the federal government a question they can’t answer because they haven’t got a logical leg to stand on, you get zero response.

But either way, we can say this for certain.

If you’re an AGL customer, you’re bound to be somewhat annoyed at having to shell out a dollar for government propaganda.

If you are an AGL shareholder, you’re likely bloody furious that the repeal of the Carbon Tax has cost you a lot of money.

But most of all, if you are someone who cares about the environment, you are even angrier than either of the above that the Carbon Tax was scrapped at all.

It is still the cheapest and most effective way for Australia to reduce its greenhouse emissions. 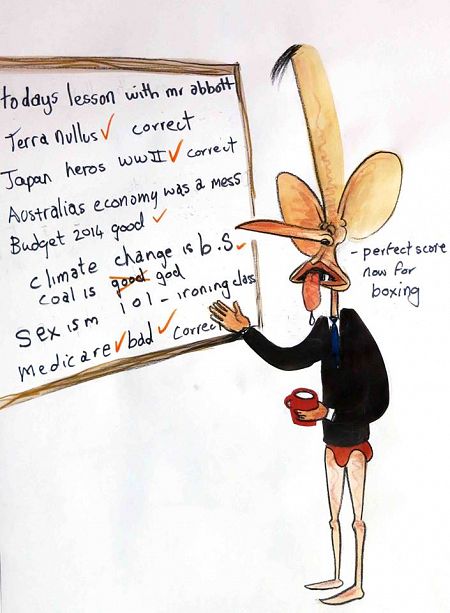