The women who protect our water

While the Government fails to act on the worsening Murray-Darling crisis, some powerful female voices are speaking up, writes Johanna Evans.

DURING 2018, a crisis began to unfold in the rural and western areas of New South Wales. We saw towns with no water for drinking and bathing, rivers dry or drying, no rain fell and 100-year-old Murray cod were dying in their millions.

As 2019 gets underway, many communities still haven’t had any decent rain, every drop of water is precious, billions of litres of water are missing from the Murray-Darling Basin Catchment and the Government is inactive at best. Women from all different backgrounds are working hard to raise awareness of the water crisis that is unfolding.

International Women’s Day brings together women from across the globe to acknowledge the contribution that women make to society. Here in New South Wales, there is an overwhelming number of women who are advocating for water protection, here are some of their voices.

Vanessa June Hickey is a Gamilaroi woman from Walgett, NSW and she describes the impact the water crisis is having on her life:

The impact of the Murray Darling Basin water crisis on the Aboriginal communities that live along the rivers is heartbreaking. “It feels like my soul is dead, It’s heartbreaking I can’t even take my son down there now to pass on the stories my grandmother passed on to me”. pic.twitter.com/Ar56XBldXH

We are River people, the river is our life and our culture. It isn't just water running through the land, it runs through our veins. As a Gamilaroi woman, the impact it has on me is debilitating. I have sleepless nights and worried thoughts, especially about my children's future. It breaks my heart knowing I can't pass on my Nan's knowledge by the river, how my Nan taught me, they'll never experience that connection as I did by those gorgeous riverbanks.

My Nan told me as a little girl that it is our responsibility to look after our rivers and our land. These stories were told walking by or sitting by the two mighty Barwon and Namoi Rivers. My Nan worked two jobs and still couldn't afford to feed us all, but we always had the river to rely on. We fed on yellowbelly, cod and yabbies. We learnt how to live and be happy by the rivers.

The rivers fed us when our bellies were empty, it cooled us when we were hot and it kept us together as healthy, happy, loving families.

She says greed and corruption are the number one cause of water problems in her community:

“Then you have water ministers not doing their jobs. Changing laws to suit a few and the people that live along these rivers are now suffering the consequences of bad decisions and bad choices.”

Vanessa takes her inspiration from the connection that she feels from the land and waterways as an Aboriginal Person:

I didn’t realise the severity of the situation until I witnessed the destruction in the Pilliga State forest first hand. I knew and felt that our land was crying. I remember being eight years old with my Mum and many great activists fighting for land rights back in the early '80s — I didn’t realise the power my Mum had instilled in me as a young girl. My Nan's words came back to me and I knew I had to do something about it and act on it.

Our water is almost gone, we are now relying on the Great Artesian Basin which we can’t take for granted as it’s our precious recharge zone. I think the few that are stealing and diverting entire rivers should be held accountable and prosecuted, just as if someone was to steal water from a store they would be prosecuted.

DEG staffer Vanessa Hickey made a moving personal statement about what our water crisis means to her. The high sodium non-renewable Great Artesian Basin water we are forced to drink must be desalinated. Our rivers must be brought back to life. https://t.co/XSP0L2vgx4 https://t.co/FsFMEAZXvE 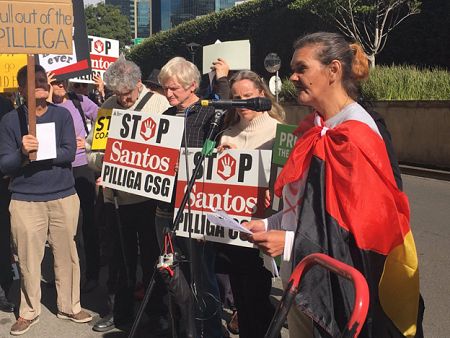 Tania Marshall lives in Tamworth, NSW and is an active member of the Wando Cultural and Conservation Centre. Born and raised in the northwest of NSW, Tania went to school in Baradine and her family regularly picnicked in the Pilliga Forest. Tania created the character known as “Precious” which has become a symbol for water protection in the northwest and the message behind Wando CCC’s float at the 2019 Tamworth Country Music Festival Cavalcade.

She describes the impact of the water crisis:

As each day passes without rain, my fears for the future in my region intensify. My journey in becoming an advocate for water began when Whitehaven Coal and Santos started threatening the region's water security. I was inspired to act [as many others did] in doing all I could to stop the mining invasion of the region we all love and share.

Time has proven our greatest fears were valid as we are now facing an extended water crisis with towns on water restrictions or out of water completely. Great change is needed now and a national emergency needs to be actioned on the security of water. 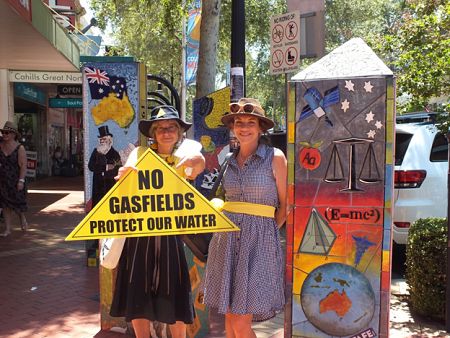 Judi Summers is a member of the Knitting Nannas. She lives in Lismore, NSW and will be travelling down to Sydney for International Women’s Day to highlight the water crisis along with dozens of Knitting Nannas from the many different loops around the country.

The Wilson River which adjoins our property has the lowest flow I have seen in 22 years and we have had very old eels dying. I am incredibly upset most days, knowing that precious water is being mistreated, leaving many communities with no potable water.

The Knitting Nannas has been my inspiration for the past 6.5 years, our aim being to ‘save the land, air and water for the kiddies’.

The Knitting Nannas say governments at all levels are stealing our water, selling it to the highest bidder (cotton farms, coal and gas miners, water miners and so on), or giving it away and leaving those most vulnerable with no drinkable water. 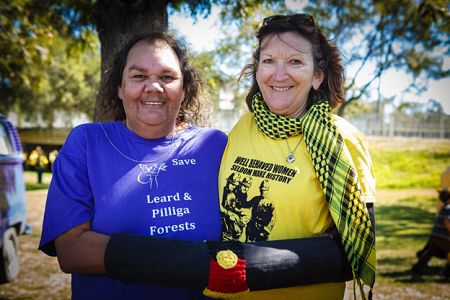 Melissa Gray from Dubbo is focused on getting the Murray-Darling Basin Plan back on track and getting some water back in the rivers. She’s the Convenor of Healthy Rivers Dubbo.

Melissa has a deep concern for the health of the Macquarie Marshes, Wambuul and the Barwon-Darling River and that concern is now extending to the very existence of communities as the water crisis worsens.

She stresses that the cause of water problems in the Murray-Darling Basin catchment is over-allocation and mismanagement:

“Favouritism given to extractors by the governments and the Murray-Darling Basin Authority over the environment.

People power must keep pressure on the Government for the sake of river health.” 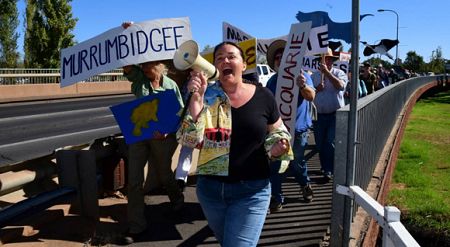 Born in Coonamble, Kathy McKenzie has campaigned for the protection of the Great Artesian Basin (GAB) for many years. She is also a member of the Knitting Nannas Sydney Loop and advises on tours that can be taken in the impacted areas.

Kathy had this to say:

“I am very angry at the Government; I no longer blindly trust or respect politicians or public servants.”

Kathy learnt at a young age how precious water is and says political change is necessary:

“The major parties are only interested in votes. People have to voice their opinions loudly to get them thinking and change public perception. We must not vote blindly for a party we have supported all our lives. We must educate people on our political system, how it works and how to vote effectively.” 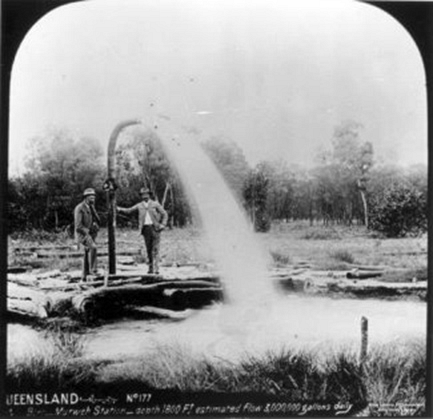 Anne Kennedy from Coonamble is a well-known water protector. Her work advocating for the GAB is extensive and very well informed.

When asked what impact the water crisis was having directly on her life, Anne responded:

“People are having to sink bores, when they had previously relied on dams or creeks before and some people (who had bores already) are finding that they have to sink deeper bores.”

Anne says she was inspired by Professor Lance Endersbee, an emeritus professor from Monash University:

He wrote a book called ‘A Voyage of Discovery’ and when I read it in 1999, it changed my life. He had discovered that the waters of the GAB were not replenishing (as we had been taught in school), that it was ancient water, millions of years old and that the recharge was minimal. And that the precious small recharge areas (such as the Pilliga sandstone) were absolutely vital.

On politics and the current Government, Anne is direct and honest:

“They take us totally for granted, treat us like pissants, completely ignore us and do exactly what the few at the top decide they want to do. We have no choice but to vote them out of power — and hopefully before they destroy our water.” 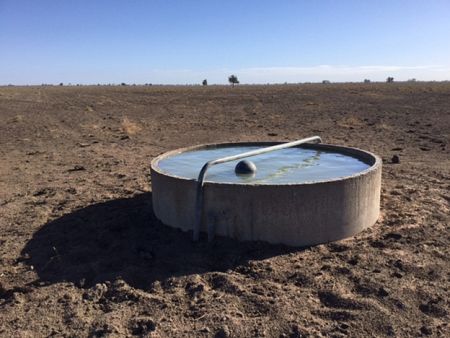 “We will never recover if we lose our Great Artesian Basin water. We would have to just walk off our land.” – Anne Kennedy (Image supplied)