Nuclear plants must be phased out over the coming years, writes Karl Grossman.

The U.S. Nuclear Regulatory Commission (NRC) held a public meeting on January 21 on what it titled “Development of Guidance Documents To Support License Renewal For 100 Years Of Plant Operation.”

Comments from the “public” were strongly opposed to the NRC’s desire for it to allow nuclear power plants run for a century.

“I request you pause and consider before you go ahead on this reckless path."

“Our position and that of our constituents is a resounding no,” declared Paul Gunter, director of the Reactor Oversight Project at the national organisation Beyond Nuclear.

“It’s time to stop this whole nuke con job,” said Erica Gray, nuclear issues chair of the Virginia Sierra Club. There is “no solution” to dealing with nuclear waste, she said. 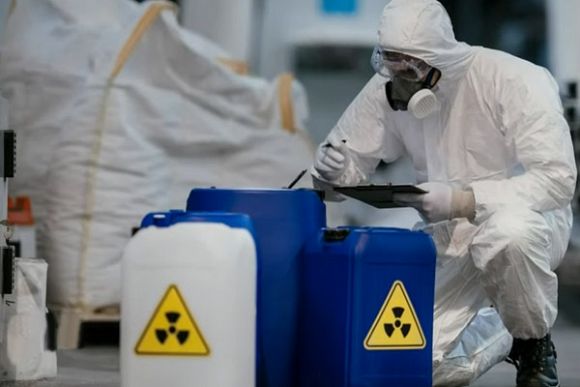 “... unethical to continue to make the most toxic waste known to mankind.”

And “renewable energy” with solar and wind “can power the world”.

Jan Boudart, a board member of the Chicago-based Nuclear Energy Information Service, spoke, too, of the lack of consideration of nuclear waste.

The higher likelihood of accidents with plants permitted to run for 100 years was also cited.

Whether the NRC listens is highly unlikely considering its record of rubberstamping whatever has been sought by other nuclear promoters in government and the nuclear industry.

Nuclear power plants when they began being built were not seen as running for more than 40 years because of radioactivity embrittling metal parts and otherwise causing safety problems. So operating licenses were limited to 40 years.

But with the major decline of nuclear power – the U.S. is down to 94 plants from a high of 129 and only two are now under construction – the nuclear promoters in the U.S. government and nuclear industry are pushing to let nuclear power plants run for 100 years to somehow keep nuclear power going.

Among federal officials speaking at the all-day “public meeting” was Thomas M. Rosseel of the Materials Research Pathway of Department Of Energy’s (DOE) Office of Nuclear Energy and a senior program manager in the Nuclear Structural Materials Group at DOE’s Oak Ridge National Laboratory in Tennessee.

He showed PowerPoint slides including one with the heading 'Sound Nuclear Materials Research Approach'. 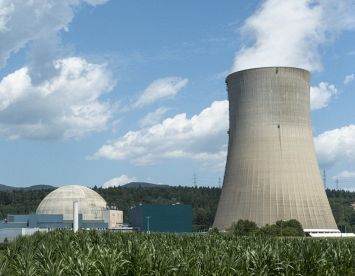 It listed in this process an:

'... expert panel approach from the nuclear community led by the U.S. NRC and including industry, universities and international experts.'

In further discussing the “Life Beyond Eighty" scheme for nuclear power plants, Rosseel showed a U.S. Energy Information Administration slide projecting the amount of energy nuclear power would contribute to the U.S. energy supply in decline from 19% in 2019 to 12% in 2050 while renewable energy sources would jump from the current 19% to 38%.

The DOE inherited the role of promoting nuclear power from the U.S. Atomic Energy Commission, abolished by Congress in 1974 for being in a conflict of interest for having a dual role of both promoting and regulating nuclear power. This decline for the DOE is of great concern.

At the start of the “public meeting” – held online as a teleconference – Allen L. Hiser, Jr., senior technical advisor for the Division of New and Renewed Licenses of the NRC, said the Atomic Energy Act of 1954 gave authority to the U.S. government to license nuclear power plants for 40 years.

“But nothing in the AEA [Atomic Energy Act] prohibits a number of license renewals.”

Using this lack of prohibition in the Atomic Energy Act, the NRC is now pushing ahead on the scheme to let nuclear power plants run for 100 years.

The NRC – which was supposed to only get the regulatory function from the eliminated U.S. Atomic Energy Commission – has also, with DOE, been a promoter of nuclear power. 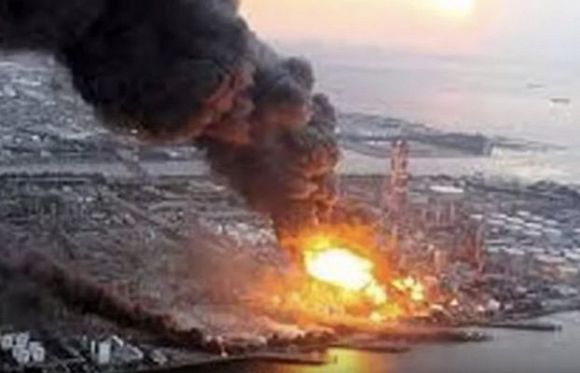 Australia is the great 'white' hope for the global nuclear industry

The global nuclear industry is in crisis but that doesn't stop the pro-nuclear lobby from peddling exorbitantly expensive nuclear as a "green alternative".

In granting the license extensions to 60 and 80 years, the NRC has also been allowing the plants to be “uprated” to generate more electricity, asking for disaster.

Gunter testified about an NRC cover-up involving the extending of nuclear power plant licenses. Using PowerPoint to reinforce his points, Gunter displayed a 2017 report commissioned by the NRC made by the DOE’s Pacific Northwest National Laboratory.

The report listed many significant issues considering the “harsh” degradation of nuclear power plant components over the years, he said. It pointed to “a host of critical technical gaps".

After he raised questions about issues in the report at a meeting on operating license
extensions held in 2018 at the NRC’s headquarters in Rockville, Maryland, the report was “taken down from government websites”, said Gunter.

However, Beyond Nuclear saved a copy of the report. He spoke of an email that Beyond Nuclear obtained, after two years of trying under the U.S. Freedom of Information Act, from an NRC employee saying:

“Big picture, I think the entire report needs to be scrubbed.”

A sanitised version of the report, said Gunter, was republished in 2019. Gunter spoke of “public safety” being threatened.

Gunter, also at the “public meeting” this week, said among the issues not being considered in the NRC’s drive to extend the licenses of nuclear power plants to 100 years is the management of the radioactive waste generated by the plants and “the advent of reliable, competitive and abundant renewable energy”.

The oldest nuclear power plant in the U.S. was Oyster Creek Nuclear Generating Station in New Jersey, which opened in 1969 and was shut down 49 years later in 2018.

What President Joe Biden does about nuclear power – he has said he is for “advanced” nuclear power –and the pro-nuclear NRC remains to be seen. The President appoints the five members of the NRC.

Biden could move to have done to the NRC what was done to its predecessor agency, the AEC, to have it abolished. And to push to end nuclear power in the U.S.

Most U.S. nuclear power plants, according to a PowerPoint slide shown by the NRC’s Hiser, have already operated more than 40 years.