On Wednesday this week, the National Parks Association of NSW (NPA) launched a new report entitled Regional Forest Agreements in NSW. Have they achieved their aims? In short, the answer is no — far from it, writes Dr Oisín Sweeney.

REGIONAL FOREST Agreements (RFAs) are deals between the Commonwealth and State governments that allow for logging in public native forests.

There are ten RFAs currently active in four states: Western Australia, Victoria, Tasmania and NSW. They begin to expire from 2017 with East Gippsland and Tasmania first.

We did this analysis because neither Commonwealth nor State governments seem particularly interested in questioning whether they have worked or not. Given the volume of evidence that has accumulated since the signing of the RFAs, failing to consider contemporary issues would be a serious dereliction of duty. For example, despite the swift parrot having just been upgraded to critically endangered governments are committed to simply extending the Tasmanian RFA.

Tas and Fed gov response to Tas RFA review is delusional and dangerous in a climate emergency. Locks in native forest destruction #politas

The RFAs were, in essence, designed to create certainty for the logging industry, protect the environment and end social conflict over logging. Credit where credit is due: lots of people put in a huge effort to make sure the environmental gains were as good as possible from the process and their efforts secured some of our incredible protected areas. But many of those same people will now tell you that the RFAs have been a failure.

First to the environment: the RFAs accredit native forest logging under the Commonwealth Environment Protection and Biodiversity Conservation Act (EPBC Act). This means that logging is not constantly subject to appraisal under Commonwealth law as to its impact on threatened species or ecological communities. But accreditation has acted as a loophole to allow impacts that would otherwise be unacceptable to occur legally — and it has been shown to have reduced protection for threatened species. 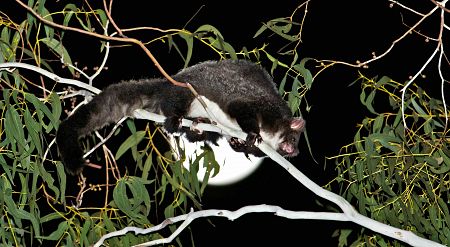 Greater gliders are the latest forest species to be listed under Commonwealth legislation. Logging is one of the key threats to the species .(Photo: Dave Gallan)

The concept of Ecologically Sustainable Forest Management (ESFM) was key to protecting ecological values while producing timber. ESFM was supposed to ensure that logging did not disrupt ecological processes such as the carbon and water cycles and soil formation and did not negatively impact on biological diversity. Unfortunately, the principle of ESFM has been demonstrably, and repeatedly, violated.

For example, in NSW logging is identified as a driver of two Key Threatening Processes: the loss of hollow-bearing trees and forest eucalypt dieback associated with over-abundant psyllids and bell miners (or bell-miner associated dieback). Clearfell logging and the loss of hollow-bearing trees are key reasons why the formerly-common greater glider has just been listed under the EPBC Act. Research in the mountain ash forests of the Victorian Central Highlands has modelled a 92% chance of ecosystem collapse 50 years from now under the status quo.

The NSW State of Environment Report 2015 shows that logging is now by far and away the largest driver of canopy loss in the state, and logging was a key factor in the identification of eastern Australia as a global deforestation front. The most recent Australian State of the Forests report shows an increase in the number of forest threatened species, and an increase in carbon transfer away from native forests. It’s a very worrying scenario that our forests are acting as carbon sources when we have never been in greater need of carbon sinks. 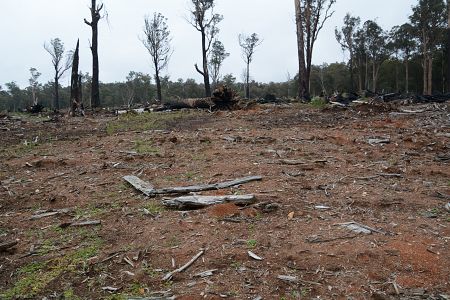 Logging is now responsible for the greatest loss of canopy on an annual basis in NSW .(Photo: Lorraine Bower)

In essence the wicked problem facing the logging industry is this: the steps necessary to protect the extraordinary biodiversity values of native forests (remember, two RFA regions lie within global Biodiversity Hotspots) make it impossible to produce wood as cheaply as in plantations. Something has to give, and the RFAs have meant that this something is the environment.

But the RFAs haven’t delivered for the logging industry either. Statistics from the 2011 census show forestry and services directly employ 2131 people in NSW — and that’s both native and plantation forestry. A recent report by The Australia Institute estimated that just 600 people are employed in native forestry in NSW. That same report showed that demand for native forest products is steadily declining, and subsidies to the industry have been $78 million over the last seven years in NSW alone. That’s one way to ensure certainty.

We think it’s time to grasp the nettle now, commit to a transition out of native forest logging following the expiry of the RFAs and use forests to develop a new future for regional economies. How? Well for a start, the potential monetary value of carbon in native forests is vast. Managing forests to maximise carbon sequestration could more than offset any jobs lost by ending logging. And of course this would also help to safeguard water supplies by protecting forested catchments. 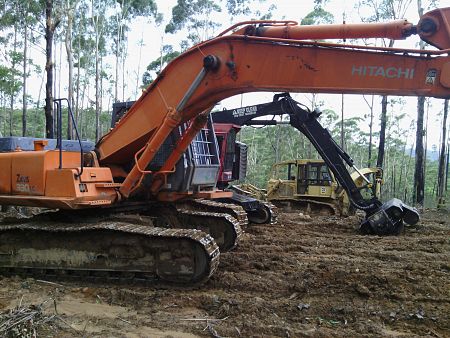 But we should also invest in our national parks network: we know that protected areas confer a financial benefit to local government authorities. But nature is also the number one driver of Australia’s $100 billion per year tourist industry. In light of these economic benefits, public investment in protected areas is small and increased investment to grow employment opportunities is justified.

So there are options available that both protect the environment and secure jobs in the plantation industry and in native forest restoration. The numbers speak for themselves. Our governments purport to be concerned with both fiscal and environmental responsibility. We hope that evidence can trump ideology.