On Monday, Federal Environment Minister Josh Frydenberg publicly criticised Japan for the killing of a minke whale. The minister deserves credit for taking a principled stance on a barbaric practice that should have ended last century.

But his willingness to stand up for whales begs the question: why doesn’t he go in to bat for other species? Like those that occur on Australian soil that (in many cases) exist nowhere else on earth?

Also on Monday, Kevin Evans, CEO of the National Parks Association of NSW, published an op-ed that showed how the plight of koalas was linked habitat loss. Recent research has showed Australia to be the worst-performing developed country on earth in regards clearing of natural habitats. In the case of koalas, it’s the loss of temperate forests – identified as a "crisis ecoregion" by the scientists – that is driving declines. Preventing habitat loss by establishing national parks is a key tool in protecting species worldwide and an urgent requirement in the case of koalas. 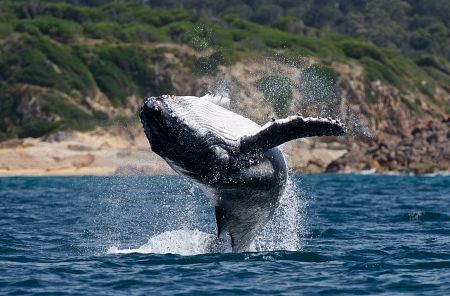 Photo of whale by David Gallan: "Whales are iconic and fully deserve protection. But what about the rest of Australia's species?"

But several comments on the article pointed out that population decline as a result of habitat loss is affecting a swag of species and that koalas get unfair attention because they’re cute and cuddly.

That’s, of course, true. But humans are emotional beings and it’s natural that iconic species that capture the imagination – whether they inspire affection because of being cute or, like whales, awe due to their sheer size – will receive more attention. This emotional attachment could be one reason why Minister Frydenburg chose to speak up on whales. A cynic might say that whales are an easy target, because little meaningful action will follow the rhetoric as they inhabit distant oceans.

But let’s focus on those less sexy species that don’t receive so much attention and the consequences of habitat loss to them. Loss of bushland due to land clearing has been listed as a 'Key Threatening Process' (KTP) under Federal law and NSW State law since 2001. A KTP is a process that plays a particularly large role in driving species to extinction. It’s rare for a threatened mammal species to not be either currently or historically affected by land clearing. 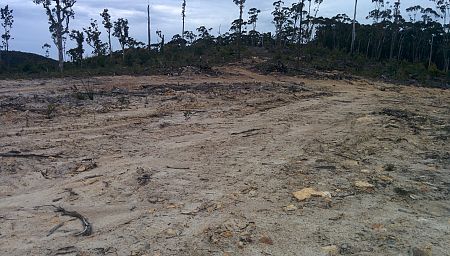 Photo of cleared forest by Dr Sweeney: "Australian temperate forests are a 'crisis ecoregion' and clearing them drives species declines"

Yet since 2001, the states of Queensland and NSW have both torn up land clearing controls. This has led to a tripling of land clearing rates in Queensland and predictions that millions of hectares of bushland could also be lost in NSW when outgoing Premier Mike Baird’s new laws come into force this year.

Besides driving declines in entire populations of species, land clearing kills individual animals. Lots of them. According to WWF, legal clearing in NSW between 1998 and 2005 killed 104 million animals. That’s 11 million mammals, 13 million birds and over 80 million reptiles. Bush Heritage estimates that for every 100 hectares of land cleared, between 1,000 and 2,000 birds die of exposure, starvation and stress. In contrast, the NSW Native Vegetation Act 2003 saves the lives of 53,000 animals every year due to a reduction in land clearing.

Those that don’t die immediately are displaced. In 2014-15, 18,413 native animals were rescued in Queensland, more than double the number rescued before Campbell Newman opened up land clearing.

“... our wildlife intake continues to rise and, sadly, with ongoing habitat destruction, there seems little hope on the horizon that this trend will reverse."

Australia is the scene of a wildlife tragedy on a grand scale and there’s not a peep out of Minister Frydenburg.

Yet, unlike with whales, he has the ability to take meaningful action on this national crisis. In fact, as Federal environment minister, many Australians would think that he has a duty to act in the national interest, protect the environment and minimise the impact of KTPs.

Those that commented on the op-ed were right. We do need to protect iconic animals like koalas and whales, but we can’t ignore all the other species that have a low profile. The minister should take meaningful action for those animals by reigning in land clearing and accelerating National Park establishment.

Every state Liberal Premier legalises landclearing. Newman did it in Qld, now Mike Baird in NSW. Biggest threat to #wildoz is landclearing. https://t.co/DzsdIuK2Dr

Stand up for the environment! Subscribe to IA for just $5.