FOLLOWING THE FURORE over Maules Creek, I can scarce believe that I am even writing this, but the NSW government are moving toward making it easier to destroy native woodland.

The specifics are as follows.

The NSW Government, under the then environment minister, Robyn Parker, proposed some changes.

'The NSW Government is reforming native vegetation management in NSW to deliver multiple benefits and strike the right balance between sustainable agriculture and protecting the environment.'

However, terrestrial ecologist Wendy Hawes says that this is Government double speak for allowing unhindered clearing.

Furthermore, most of the changes to these laws and regulations pave the way for  'self-assessable codes', with the obvious scope for unregulated clearing to go on all over NSW.

So, just a bit on the technicalities.

Currently if a farmer, or other landholder, wishes to clear a bit of land, they have to do a Property Vegetation Plan (PVP), and then submit it to a Local Land Service (LLS), Department of Primary Industries, or Catchment Management Authority, were two examples of these LLSs.

The LLS examines the plan, and if acceptable, give permission for the clearing to take place.

This process is apparently what triggered screams of “red tape” gone mad from farmers, and so Robyn Parker was leaned on to do away with even this miniscule gesture of bringing science to the process.

Thus, if the proposed changes go forward, this will not be required, and effectively a farmer can get out of bed in the morning, decide, over coffee, that a bit of land needs to be blasted out of existence, and then just go to it the moment the bulldozer has warmed up.

Shadow environment minister in NSW, Luke Foley, has this to say on the topic:

The Government's proposed draft codes to govern land clearing are dangerous in two ways. They radically reduce the standards of clearing protections but, perhaps more importantly, they rely on self assessment. This will inevitably lead to greater clearing and expose farmers to unintended illegality.

The wholesale review of the Act itself is still to come, but I have no doubt it will not suggest environmental improvements to the Act.

Land clearing is probably the greatest threat to biodiversity in NSW, any slackening of the controls is bad news.

Wendy Hawes, so exercised by the possibility of these changes, submitted a twelve page PDF to the department summarising her concerns.

Let me distill it a little.

The current proposed changes, for the first quarter of 2014 are in three areas, Invasive Native Species, Thinning Native Species and Clearing of Isolated Paddock Trees.

Wendy Hawes has the following concerns:

Says Wendy in her submission:

'A major flaw in the self-assessable code is the lack of a defined threshold for when the density of plants listed are considered to be invasive. This appears to be simply in the subjective opinion of the landholder.'

Wendy suggests 10,000 stems per hectare is a useable working threshold.

The illogic here is that, with no lower limit, a few plants could theoretically signal an “invasion”, and the entire hectare(s) around these plants could be cleared.

'The 25cm DBHOB as a threshold for thinning is too large. In the Central Wheat Belt and North West Slopes it is likely that allowing the removal of trees greater than 20cm will result in loss of a significant number of hollow bearing trees.'

DBHOB stands for Diameter at Breast Height Over Bark and is a technical definition used by agriculturalists and foresters. Essentially, it means the diameter of the tree trunk at average human chest height, 1.3m off the ground is the common standard. Raising the DBHOB for thinning native species will increase the number of trees that can be culled — many of them, depending on species, already mature. 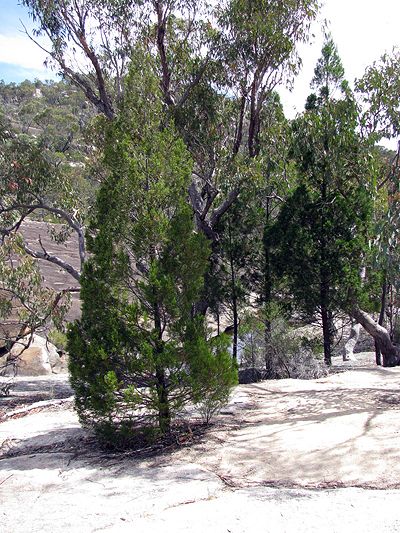 If this black cypress pine has a diameter less then 25cm, then it can be cleared under proposed changes to the Thinning Native Vegetation regulation (Image rymich.com)

And likewise the DBHOB comes in here as well.

The new regs wish to, literally, up the ante to 80cm DBHOB, opening the way to clear any tree less than 80cm girth.

As Wendy says in her submission

The proposed DHBOB is way too high.

Equally, in many agricultural landscapes these trees are often the only remaining native vegetation, apart from narrow road reserves.

They have important role as a seed resource, they provide food resources, resting, nesting and roosting sites for species able to access them and maintain landscape connectivity in the agricultural matrix.

Two common paddock trees in NSW are Blake’s Red Gum (Eucalyptus blakelyi), and Yellow Box (Eucalyptus melliodora) — both of these trees, when mature, can exhibit a DBHOB of one metre.

So while the mature trees are safe from the chainsaw, anything immature could be cleared out with impunity.

If you kill of the young of any species, it is a recipe for extinction.

As the old trees die, and then come down in high winds or a severe storm, there would then be no young trees to take their place.

I also contacted noted botanist John Hunter about this, and put this to him:

'Wendy Hawes is afeared that the changes [to the Native Vegetation Regulations] will allow unhindered, unscientific clearing of land at the landholder's whim.
Is that how you see it?'

'The short answer is I totally agree with Wendy and makes a farce if environmental legislation, we may as well not have any.'

Luke Foley’s final words are this:

As is always the case, the devil is in the detail of clearing regulations.

Engaging the public on the potential consequences of these small changes in technical prescriptions is difficult, but can lead to tens of thousands of hectares of additional clearing.

For instance paddock trees are essential habitat in large areas of land cleared for agriculture.

They allow birds, in particular to cross between remnant areas of intact bushland.

To reduce the standards around which paddock trees can be cleared is catastrophic for the fauna of the state’s west.

And just a word on labelling. 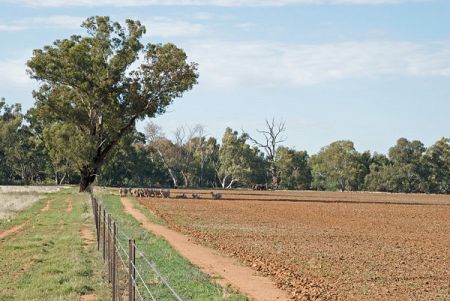 Stock shelter under a paddock tree. With a metre odd trunk diameter, this tree is safe, however it begs the question, why would anyone want to kill a magnificent tree like this in the first place? (Image via rgbstock.com)

Wendy Hawes told me over the phone that labelling woodland as 'scrub' is a massively powerful tool.

“I’m going to clear that forty hectares of scrub.”

“I’m going to clear that forty hectares of woodland.”

One gets a different sense entirely.

Wendy told me during interview that if the word ‘scrub’ particularly can be eradicated, that would be a victory on its own for NSW’s woodland.

So where does it all lie now?

Robyn Parker is no longer environment minister — her place has been taken by Rob Stokes.

The Department of Environment and Heritage has accepted submissions on these proposed changes, Wendy’s amongst them.

Acceptance of submissions has now closed (500 were received) and the department is currently examining them, and will produce a report for minister Stokes, advising whether to proceed with the changes or not.

Given the environmental track record of the NSW Government so far, it is all too likely that minister Stokes will give the go-code for these changes, then the NSW countryside will echo to the sound of bulldozers and chainsaws starting up.

So, if you wish your children and grandchildren to have to soul-stretching joy of seeing a sugar glider gallumph up a tree trunk and dive into a hollow, or see a little bent-wing bat returning at dawn to its favourite hollow in a dead tree, then you better do it quick.

If these changes go through, the trees with their ecologically oh-so-valuable hollows will soon be gone and the animals that depend on them soon after. 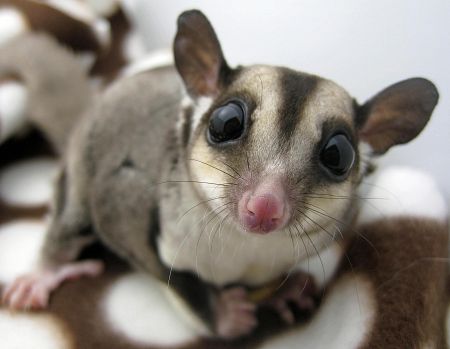 Take a good look at this Sugar Glider, if the tree hollows they rely on are destroyed, they will disappear as well (Image via nhsugargliders.com) 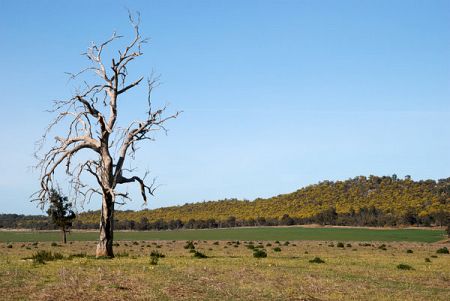 Even when dead, a paddock tree is of immense value for its hollows. Also, hunting birds use perch on branches to spy out the land for prey (Image via rgbstock.com) 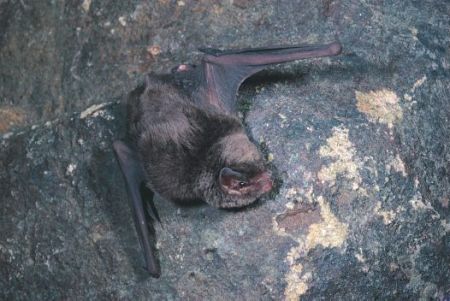 Not as cute as a Sugar Glider, but just as endangered. The Little Bent-wing Bat is another species that relies on tree hollows (australianmuseum.net.au)