The Morwell open cut coal mine fire means that any further talk of coal being the cheapest practical source of power now needs to be qualified by the words ― 'as long as it doesn't catch fire'. Lachlan Barker does the sums.

I WAS TALKING WITH A FRIEND this week and I told him I was doing a piece on the fire at Morwell.

"Yes, I've been quite busy lately, but every night when I caught a bit of the news, I seemed to see the fire at Morwell and I kept wondering — 'why don't they put it out?'"

ABC Science Online has an excellent article explaining why coal fires burn for so long.

Essentially, whenever you pile up a large amount of coal you create the risk of spontaneous ignition, due to compression and trapped heat. And, of course, the reason we dig coal up in the first place is that it burns.

What's more, it burns for a long, long time.

But consider this: when was the last time you heard of a solar panel going up in flames?

Thus we have a rather nasty situation going on at Morwell — and its similarities to Fukushima are rather frightening.

Fukushima is, of course, a nuclear power station in Japan that was hit with a tsunami which lead to the destruction of the plant and the radioactive poisoning of the surrounding area.

Morwell, most sources agree at this time, was hit by an arsonist, who set fire to the brown coal in an abandoned part of the Hazelwood mine.

From that start, we now have a situation where due to high winds and hot summer temperatures in Victoria, the coal is still burning and, with each passing day, the chances of putting it out diminish.

Thus we have the parallels with Fukushima.

Coal and nuclear are two power sources that proponents describe as cheap and effective — but as we are now learning, if something goes wrong, the consequences are lengthy, expensive and invariably ineffective.

Fukushima went up, or melted down if you prefer, in 2011 and still today the area around the plant is uninhabitable.

The costs of the Fukushima disaster are nearly impossible to calculate, but the PSR (Physicians for Social Responsibility) website has this quote:

'The precise value of the abandoned cities, towns, agricultural lands, businesses, homes and property located within the roughly 310 sq miles (800 sq km) of the exclusion zones has not been established.  Estimates of the total economic loss range from $250-$500 billion US.'

And that's just the money side of the issue, human costs in lives and illnesses will never really be quantifiable, as many deaths will not show up for years.

And likewise with Morwell.

Costs are already high, firefighting has cost lots already. No one I spoke to would give me a figure, so here's my calculation.

The Victorian CFA (Country Fire Authority) website lists rates of pay, with the most senior firefighter receiving $1,870.19 weekly; the newest recruit receives $1,186.37 upon completion of training. Thus the average pay is $1,528.28.

Jess Jackson, the media advisor for the minister for Police and Emergency Services, said that "thousands" (the exact figure wasn't told to me) of firefighters had been working the Morwell fire since it began on February 9.

If you include fuel for trucks, foam to spray and all the rest the figure just goes up.

Then there is housing costs; real estate has already suffered badly.

If that loss is projected across just the houses, Morwell has already suffered losses of $176,825,000 in real estate value.

Additionally, with the coal mine fire twice coming within an ace of burning the Hazelwood Power Station to the ground, power generation is affected with a corresponding loss to the state's economy.

And of course, there is the added, unquantifiable cost in human suffering in respiratory diseases and relocations.

What's more, now the other centres in the Latrobe Valley have come into play, with Sale, 65 kilometres to the east of Morwell reporting smoke and haze pollution.

Which brings the added threat of ember attack.

The Latrobe Valley has notoriously variable winds meaning embers from the Hazelwood fire could be carried to another brown coal mine. 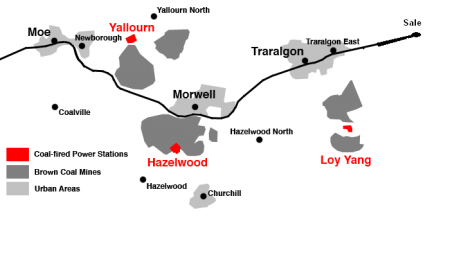 If the wind picks up cinders from the Morwell fire and spreads them across the Latrobe Valley, the other brown coal deposits could go up.

So make no mistake, with $200 million already spent, and that not even including health costs, this has Fukushima written all over it.

What's more, even if the fire is put out, University of Queensland Mine Safety Expert David Cliff tells me the fire area has to be capped.

This process involves sealing the burnt out area with clay. He guesstimates, from pictures of the burning area, that this may need a million cubic metres of mud.

Additionally, the burnt out area needs to have thermometers placed inside the seam to allow the relevant authorities to keep a check on the temperature within.

Even Professor Cliff wasn't prepared to estimate what this would cost — but, of course, it will be plenty.

Thus we need to understand that coal has now moved into the same level of hazard as nuclear power.

Any further talk of coal being the cheapest practical source of power, now need to be qualified with the terms — as long as the bloody thing doesn't catch fire.

This month marks the third anniversary of the Fukushima disaster; what will we be reading about Morwell in three years?

We can only hope that it is still there and Australia is relying on solar and wind power, not coal. 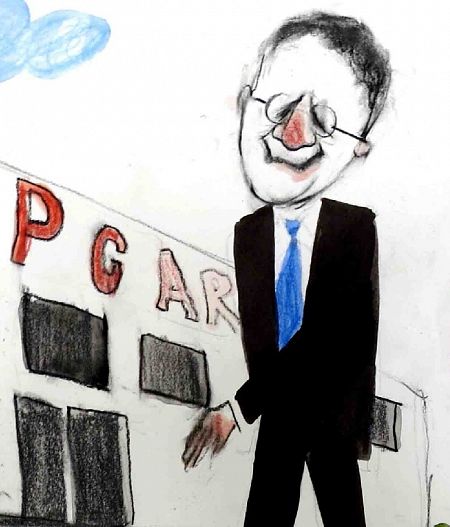