Like Trump, Turnbull's environmental WTFness is propelling us to disaster

Like many Americans, Australians are wondering how the hell we ended up with a PM whose environment policies are a recipe for disaster. Sue Arnold reports.

AS THE Trump horror reality show unfolds, a collective shudder is being felt around the world. His anti-environmental policies are winding back half a century of progressive laws created to ensure healthy human and animal habitats for current and future generations.

With the U. S. Environment Protection Agency now in the hands of climate sceptic and resource industry front man Scott Pruitt, the Agency is scheduled to be repealed in 2018. The Endangered Species Act is also on the hit list and a U.S. withdrawal from the Paris Agreement is definitely on the cards.

At the same time, scientists have announced that the ocean oxygen levels have dropped by 2% in 50 years — a truly frightening scenario. According to the WWF Report 2015, populations of marine vertebrates have declined by up to 50% since 1970. Coral reefs are predicted to be extinct by 2050. 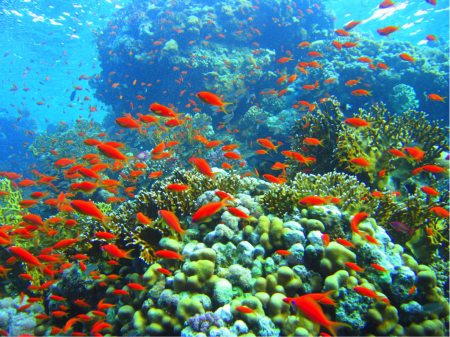 According to Dr Richard Leakey, author of The Sixth Extinction, within the next 30 years, half of the species on earth could die in one of the fastest mass extinctions in the planet’s 4.5 billion years of history.

Yet the legacy of future generations has no currency with the world’s most powerful leader.

Banging the drum for “clean coal” and “putting the miners back to work”, Trump is ensuring pollution of rivers, forests, air, water and the agricultural lands on which we depend for the very stuff of life. His refusal to acknowledge the damage climate change is wreaking on the planet is a threat to human existence.

A similar scene is unfolding in Australia as Malcolm Turnbull leads the way with a similar mindless rejection of environmental reality. Witness his latest Trump style policy to use the Clean Energy Finance Corporation to fund “clean coal”. Utter madness.

Where does this arrogance originate?

I remember when I first clapped eyes on the prime minister. It was in Anchorage, Alaska at an International Whaling Commission meeting in 2007. I was walking down the street to the motel where I was staying, after suffering through a rigorous session on Japanese whaling. Turnbull, then Australia’s environment minister, was heading up the sidewalk towards the IWC meeting.

Never having seen the guy before, I was struck by his attitude. He walked like a man who believed he was God. An aura of importance oozing from every pore. Head held high, body language warning the peasants to make way. Just like Trump.

It’s almost impossible to separate Turnbull and Trump in terms of their attitudes towards the environment. The record speaks for itself. Given the current PM’s repeated assertions he’s an environmentalist, his sell-out on climate change, and his obvious deference to the extreme right wing of the Liberal Party, perhaps it’s time to change the definition of environmentalism. With “clean coal” now his government’s mantra, the PM is better described as a hypocrite, blind to the appalling state of this country’s environment.

The most recent State of the Environment Report is dated 2011.

Australians cannot afford to see themselves as separate from biodiversity.

The koala has been nominated by the International Union for the Conservation of Nature as one of ten most vulnerable species to climate change. 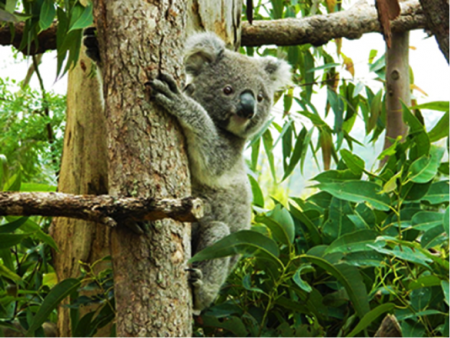 Australia's native forests are under threat from rising temperatures, drought, and disease. Their contribution to storing carbon has been ignored as exponential logging continues.

The Great Barrier Reef World Heritage Area is in a parlous state with massive coral die-off which will be exacerbated with exponentially increasing shipping traffic, infrastructure and the looming Adani Carmichael mine operation. Adani mine annual carbon emissions were calculated by The Australia Institute to emit double the amount of emissions by Tokyo, three times the average annual emissions of New Delhi, six times that of Amsterdam and nearly half the average annual emissions of Beijing.

Several bills languishing in the parliament demonstrate the future of Australia’s unique environmental legacy under a Coalition Government, highlighting the move towards Trump extinction policies.

The Environment Protection and Biodiversity Conservation Amendment (Standing) Bill 2015 aims to remove extended standing for community members (including environment groups) to seek judicial review of decisions made under the EPBC Act. Standing would then be restricted to a person 'whose interests are adversely affected by the decision'. If this bill is passed by the Senate, the onus of protecting specific environmental matters would be in the hands of individuals who could demonstrate their “interests are adversely affected by the decision". Common law has interpreted this to require “special interest”.

The likelihood of individuals mounting lawsuits against the Federal Government is remote.

Also languishing is the Environment Protection & Biodiversity Conservation Amendment ( Bilateral Agreement Implementation) Bill 2014, which would slash the number of projects the Commonwealth is required to oversee for approval by delegating national environmental powers to the states and territories. The bill has already passed the House of Representatives.

If and when these bills pass the Senate, Australians will be sharing a similar situation to the U.S. with lack of legislation, lack of access to the courts, lack of standing and a complete inability to protect the environment.

Thus far, Turnbull has not had to adopt Trump style attacks on the media as the Murdoch press continues its unprecedented propaganda efforts to support “clean coal”. Murdoch publications continue their unrelenting and unsubstantiated attacks on renewable energy, environmentalists, scientists and public interest organisations concerned by climate change impacts.

Like many Americans, Australians are not only fed up with the major political parties and their lust for power, but most of us are wondering how the hell we ended up with a PM whose policies are recipes for disaster in this time of environmental crises.

Michael West exposes the sheer WTFness of the government stumping up Adani's dud coal mine with $1billion... https://t.co/kKQ87eXUWz