Studies have found reasons why having only a quarter of Australia's marine areas classified as fully protected is a problem, writes John Turnbull.

A GLOBAL COALITION of more than 50 countries has this week pledged to protect over 30% of the planet’s lands and seas by the end of this decade. Their reasoning is clear: we need greater protection for nature, to prevent further extinctions and protect the life-sustaining ecosystems crucial to human survival.

The globally recognised tool to safeguard marine biodiversity is to designate a “marine protected area”. But not all protected areas are created equal.

The level of protection these areas provide depends on the activities permitted in their boundaries. For example, in “fully” protected areas, no plants or animals can be removed or harmed. Meanwhile, “partially” protected areas allow various extractive activities to occur, such as fishing and sometimes even mining.

Australia prides itself on having one of the largest marine protected area networks in the world, which includes iconic locations such as the Great Barrier Reef, Jervis Bay in New South Wales, Wilsons Promontory in Victoria and Rottnest Island in Western Australia. But only one-quarter of this network is fully protected.

The remaining three quarters are only partially protected, with vast areas allowing fishing, aquaculture and mining exploration. This is despite industrial-scale extraction of resources going against international guidelines for protected areas.

The gap between fully and partially protected areas

Our landmark study looked at marine protected areas in southern Australia. We gathered social and ecological data, including conducting 439 interviews, across five states and 7,000 kilometres of coastline.

We also found partially protected areas were no more of an attraction to locals and visitors than unprotected areas — they had similar numbers and mixes of users, such as walkers, swimmers, fishers and divers.

On the other hand, fully protected areas were attractive to locals and visitors for their abundant wildlife and level of protection. They had twice as many divers and more than three times as many snorkelers compared to unprotected areas. 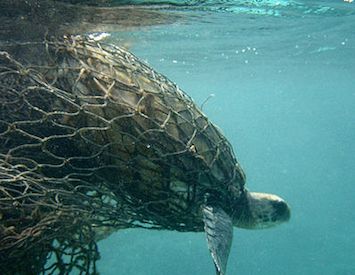 More plastic than fish in the oceans by 2050

Scientists warn that, unless we take action, by 2050 there will be more plastic than fish in the oceans.

The Australian marine protected area network has been moving further away from public expectations. In a 2020 social study, researchers found Australians are generally confused about what activities are permitted in these areas.

The majority of Australia’s marine protected area network allows for commercial fishing, but few respondents were aware of this. Fewer still were aware large areas permit destructive activities, such as bottom trawling, which can destroy the seabed. The research team also documented many cases where protection has been downgraded, such as the Solitary Islands and Jervis Bay Marine Parks in NSW.

It’s clear Australians expect the marine protected area network to adequately safeguard our unique wildlife. Yet these findings show their views are in stark contrast to the reality of marine environmental protection.

A matter of money

There are costs associated with partially protected areas — they consume conservation resources and occupy space that could otherwise be allocated to more effective protection. In fact, research from 2011 found areas with a mixture of partial and full protection are up to twice as expensive to manage than a simpler fully protected area.

Partially protected areas do have a role in our overall marine network, but they should be used for specific purposes such as enabling traditional management practices, protecting important breeding sites, or acting as buffer zones around fully protected areas.

The recent changes to Australia’s marine reserve network represent an extremely worrying trend, as fully protected areas such as in the Coral Sea and Batemans Bay have been opened up to fishing.

Given the uncertainty surrounding the effectiveness of partially protected areas globally, at a time when we face increasing challenges from climate change and loss of biodiversity, the findings of our two recent Australian studies indicate we should be aiming for more fully protected areas, not less.

If the world is to protect 30% of all lands and seas by the end of this decade, those protected areas need to be monitored closely to ensure they are delivering on their goals and expectations.

John Turnbull is a marine ecologist and social scientist, specialising in social-ecological systems, stewardship and marine protected areas. This article was originally published by 'The Conversation' under the title '75% of Australia’s marine protected areas are given only ‘partial’ protection. Here’s why that’s a problem'.