The go-ahead for Australia's largest and most controversial coal mine without adequate staff to monitor the environment conditions, is blatant greenwashing, writes Lachlan Barker.

THE FEDERAL environment minister, Greg Hunt's approval of the new Carmichael coal mine in western Queensland is already being referred to as a “mega mine”, with every justification.

The new installation will cover an area approximately seven times the size of Sydney harbour, and is slated to produce 60 million tonnes of coal per annum.

To compare, the already controversial Maules Creek coal mine in north-western NSW is set to produce 13 million tonnes a year.

As such, the mine is projected to destroy any chance of Australia staying under the “2 degrees Celsius” guardrail guideline for global warming, and could take Australia’s emissions into the four degrees of warming zone. 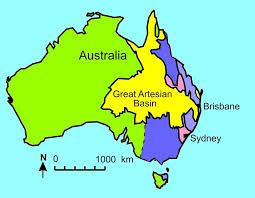 Water usage is also an issue.

Opponents of the mine say it will use 12 billion litres of water a year and seriously compromise the water table of the area, leading to the drying up of local springs and wider effects on the water levels in the Great Artesian Basin.

One of the conditions placed on the construction of the mine is that the operator, India’s Adani, will return 730 megalitres a year to the water table, but the maths then indicates that there will be a net loss of 11 billlion litres of water from an already dry area of the country.

Further afield, the mine will affect the Great Barrier Reef, with the increased amount of coal being shipped overseas through the Queensland coal ports, increasing shipping traffic through the Reef by 480 ships a year.

Increased shipping increases risk to the Reef due to coral loss, in the case of ship grounding, plus leaking of anti-fouling paint from ship hulls, and also illegal discharge of bilge water.

Overarching all of these concerns, and the central focus of this article, is however, fears for adequate monitoring of the Carmichael mine for environmental compliance.

This story began in Gladstone.

There a badly built bund wall led to the leaking of toxic material into Gladstone Harbour.

An inquiry revealed that inadequate monitoring by environmental officials was a major factor in the year long leaking of material into the waters around Gladstone. 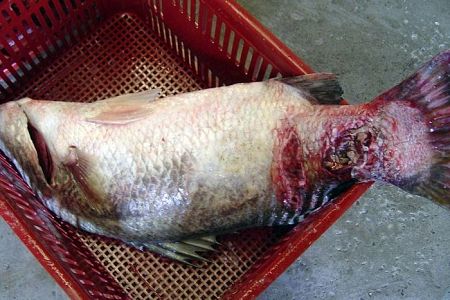 The same inquiry revealed that at the time (2011) there were 10 federal department of the environment officials overseeing 800 projects Australia-wide.

Then the story moves to Abbot Point, further up the Queensland coast at Bowen, near Townsville.

However, in light of what happened at Gladstone Harbour, one can’t help surmising that no matter what conditions you announce, if there is not adequate monitoring of these conditions for compliance, then they are completely worthless.

And so we return to Carmichael mine.

Here Greg Hunt has announced 36 strict environmental conditions on the building and operating of the mine.

It says 36 strict environmental conditions, but what is listed in the press release is just seven bullet points. 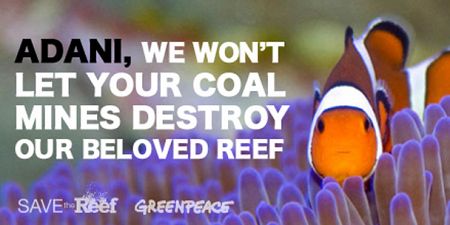 Whatever, in light of Gladstone harbour, and the fears for Abbot Point, it is all to easy to see that this is green washing of the highest order from Greg Hunt.

You can announce what you like, but if there are not adequate staff – both in number and competency -available to monitor these conditions, then they have no value whatsoever as environmental safeguards.

So will the monitoring for Carmichael be inadequate?

The report on Gladstone indicated 10 officials for 800 projects.

The website for the federal department of the environment says this:

'Since August 2011, we have more than doubled the number of staff responsible for monitoring compliance with conditions.'

However what this means in real terms is this: there are now 30 officials monitoring 1,200 projects Australia-wide.

In light of this, I contacted Jon Brodie, chief scientist with TropWATER, an adjunct of James Cook University.

Jon has assisted in the past on the topic of lack of compliance monitoring of environmental projects.

I emailed him, asking:

'Jon, the most recently reported figures show that there are 30 federal environment officials monitoring 1,200 environmentally sensitive projects around Australia.

Do you consider this an adequate staffing level?'

'No but even more important are their qualifications, experience and competence to do the job.' 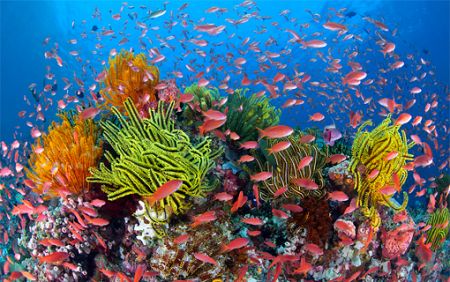 So Jon has real fears for the current state of environmental monitoring in this country.

Furthermore this figure, 30 overseeing 1,200, appalling as it is, doesn’t include the Carmichael mine, as the report within which this figure was stated was released in April 2014, with Carmichael being announced this month, August, 2014.

Additionally, the monitoring of the mine at Carmichael is also supposed to be done at state level, by officials from the Queensland Department of Environment and Heritage.

However, if they are tasked with this, they’re not very confident they can deliver.

In this document, the Annual Compliance Plan 2013-14, released by the Department, is this:

Does this not sound a bit like the Carmichael Mine?

Carmichael is located 380 kilometres west of Rockhampton, and a thousand kilometres from Brisbane.

To clarify I contacted both the federal and state environment departments and asked how many staff will be monitoring the Carmichael mine for compliance.

While both responded, neither answered the question.

All I got was a load of bureaucratic waffle.

And to put the mega nature of the Carmichael mine into context, and therefore highlight the massive task of monitoring for environmental compliance, here are some financial comparisons.

The bund wall in Gladstone Harbour was listed as an $82.5 million dollar project.

Abbot Point, with its 95 environmental conditions is listed as $6.2 billion project – 75 times larger.

Carmichael is rated as a $16.5 billion dollar project and is thus, in financial terms, 200 times bigger than Gladstone.

If the relatively small Gladstone Harbour bund wall project wasn’t able to be monitored effectively, what chance for Carmichael?

Furthermore, the 36 strict environmental conditions for Carmichael mandate that the operator, Adani, do the work.

Considering their environmental record so far, this is unlikely to produce the desired outcome.

And if they do transgress on any condition, how likely is it that the officials responsible for compliance monitoring will notice?