Founder and publisher David Donovan explores why this may not be the best time for a royal commission into the Murdoch media.

THE DECISION by Communications Minister Michelle Rowland not to call a royal commission into the Murdoch media in Australia has been met with outrage by many progressives.

And rightly so. The Murdoch media is a malign institution that has traduced the progressive side of politics for many years and served as the electoral anchor for innumerable otherwise unelectable Coalition governments, and the winged keel for many dodgy Coalition oppositions. I am thinking particularly of Tony Abbott here.

Former Prime Minister Kevin Rudd, hounded out of office by the Murdoch media monopoly, has led a persuasive campaign about the need for a royal commission into the insidious influence of the Murdoch media on Australian public life. It is one I heartily agree with in every detail and for which I gladly signed his enormously popular petition prior to the last election. 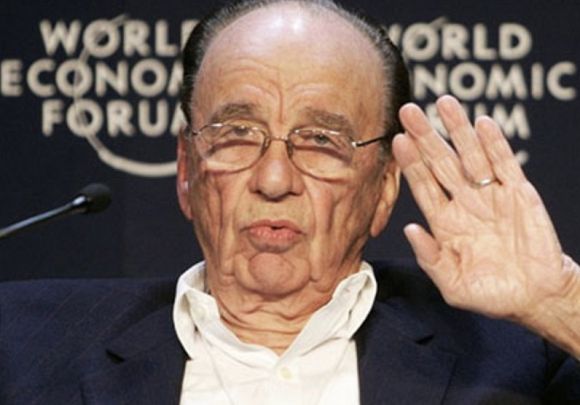 But despite this, I agree with the decision of Communications Minister Rowland and the Albanese Government that now is not the time for a Murdoch royal commission. There may come a time when it becomes essential, but that time has not yet come. Perhaps it will in the second term of an Albanese Government, but not yet.

There are three main reasons why the time for a royal commission into Murdoch has not arrived.

NOT PART OF THE FIRST TERM PLAN

In the lead-up to the May 2022 Federal Election, then Opposition Leader Anthony Albanese made it perfectly clear that an incoming Labor Government would not implement a royal commission into the Murdoch media mafia.

Speaking to Murdoch-owned national broadsheet The Australian in April, Albanese ruled out such an inquiry, at least in his first term:

“I have ruled out a royal commission into News Corporation… At this point, I can’t see a case for any other regulation or inquiries. Clearly media policy won’t stay the same forever and we would deal with that on a case-by-case basis. At this stage, I don’t envisage anything being on the immediate horizon.”

In the same article, then shadow communications spokesperson Rowland similarly ruled out a Murdoch royal commission, while making pointed mention of Australia’s concentrated media market and lack of diversity:

An inquiry into a particular media company or the established fact of media concentration isn’t the way forward for media policy….

I have long called out the fact that Australia has one of the most concentrated media markets in the world and understand the need to foster media diversity, for the sake of our democracy, society and economy. The problem isn’t a lack of inquiry or ideas, the problem is the lack of best practice implementation of a backlog of recommendations that already exist.

Unlike former Labor Leader Bill Shorten in the ill-fated 2019 campaign, Albanese had no wish to pick a fight with News Corp in the lead-up to an election. Meanwhile, Rowland’s comments served to put News Corp on notice that change could be coming. 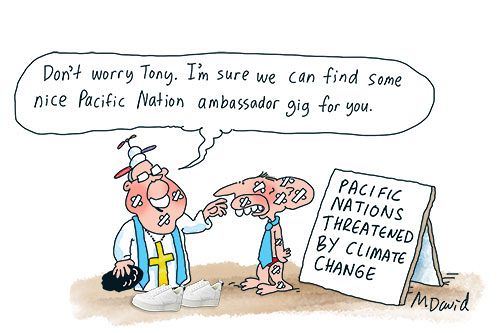 Clearly, the strategy worked, with News Corp not going completely feral and Labor finally being elected after ten bleak years of Coalition misrule.

In any case, going back on clear election commitments is not something any respectable and responsible incoming administration should ever do.

After being on the receiving end of years of outrageously biased and slanted attacks by News Corp publications and broadcasters, the Gillard Government presented five media regulation proposals to Parliament in 2013. They caused such wailing and gnashing of teeth in the Murdoch press, leading to wider public outrage, four of the bills were later withdrawn.

As then Manager of Opposition Business, Albanese was the Gillard Government Member who tabled these media reform proposals in Parliament. As such, he would be acutely aware of the cacophony launching a royal commission into the Murdoch media – in direct contradiction to his pre-election commitments – that would likely ensue.

Julia Gillard’s so-called “carbon tax lie” (which it wasn’t) served to derail her Government in 2010. In the same way, the Murdoch media would use an Albanese royal commission lie as a rallying point to strike at him. And of course, many people would sway to their side, labelling the move a breach of faith and even an attack on free speech and democracy.

The time may come when a royal commission into the Murdoch media is required ─ perhaps even as soon as the second term of an Albanese Government. It may become essential if News Corp foolishly continues to abuse its market dominance. But any such inquiry should only come after properly informing the public prior to an election. The matter is too sensitive and important for any other option to be foreseen.

Murdoch is a cancer on democracy. Murdoch is a protection racket for the far right. And he runs mafia-type tactics to smear and intimidate his opponents. My reply to today's developments. pic.twitter.com/SD6ODXy458

THE MURDOCH MAFIA MAY TAKE CARE OF ITSELF

The other important reason a Rudd-style royal commission is not needed – or at least not yet – is that the Murdoch problem may take care of itself.

The last Federal Election was the first time since 1974 that Rupert Murdoch’s battalion of influence-peddling publications did not back the winner. As we have reported in this publication, the power of News Corp to sway elections would appear to be waning, much like the “Sun King” himself. Rupert Murdoch is 92 years old and teetering towards senescence and obsolescence, much like his increasingly irrelevant and little-read publications.

Furthermore, the likely heir, Lachlan, has a history of idiotic statements and failed business ventures. By all reports, he is the exact opposite of you, progressive and intelligent reader of Independent Australia. "Shirtsleeves to shirtsleeves in three generations", as the saying goes.

If the end of Rupert Murdoch’s dominance really is nigh, why put the spotlight on them, and give them a rallying point to claw back their diminishing relevance? The time has come to ignore Murdoch and wait for the bully to just go away.