Australia with its mineral and agricultural riches, quality higher education sector, and strong real estate market, has been very attractive to China over the past decade. But there are worrying signs that Australia is beginning to put the brakes on this source of foreign investment.

The Lowy Institute, a Sydney based think tank, released a poll last week which showed that 57 per cent of Australians think that ‘the Australian government is allowing too much investment from China’. The Lowy Institute’s Executive Director Michael Wesley said recently that when it comes to China there is “…almost a subconscious concern…creeping into the Australian psyche."

It is reflected on a number of fronts. Last year Prime Minister Julia Gillard’s Government slashed the number of foreign students studying in Australian universities. The nation’s most severely impacted by this move, taken to appease voter fears about migration levels, were China and India.

Last week Senator Bob Brown the leader of the Australian Greens party, which on July 1 will hold the balance of power in the Senate the Australian parliament’s upper house, argued that too much of Australian mining revenue was going offshore to the headquarters of foreign owned companies in places like the US and China. Brown and other Australian politicians are also voicing concern over agribusinesses from countries like China buying farms and agribusinesses in Australia. They want to erect barriers to entry for foreign investment in the agricultural sector.

Senator Brown has jumped on the case of a Chinese company Shenhua Watermark Coal, which is buying up farms in north western New South Wales so it can develop a massive coal resource. For Brown and those who are uneasy about China’s role in the Australian economy this is simply a case of fifth and sixth generation Aussie farmers fighting for their way of life against a raping and pillaging Chinese miner. 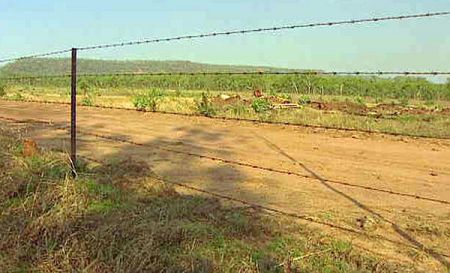 Playing the ‘fear of foreigners’ card is an obvious one in the Australian political book of tricks. For more than a century Australians have variously feared being overrun by the Japanese, the Chinese, and Muslims. Now it is the Chinese again, it seems.

It is, of course, a very dangerous game to play, particularly if the political and business establishment in China believe that they are being discriminated against by Australia. Australia can ill-afford to lose its largest trading partner. But as a Sydney Morning Herald editorial put it last week, “it seems [Australians] have started to cut ourselves off and turn inwards”.

(This story was originally published in the South China Morning Post on Monday, July 4, 2011 under the title 'A ring fence will hurt Australia' and has been republished with the author's permission.)

Evidence shows crimes committed by our government on Nauru and Manus

14 October 2016, 6:30am Evidence of crimes committed by Australia on Manus and Nauru is compelling, say ...

Why isn't the erosion of our democracy an election issue?

24 June 2016, 7:30am Criminal lawyer and spokesperson for the Australian Lawyers Alliance, Greg Barns ...