THERE IS NO denying that misogyny is alive and well in modern Australia.

Recent examples that come to mind include the gross mishandling by the Morrison Government of the alleged sexual assault of Brittany Higgins and the Christian Porter rape allegations.

It is the ongoing needless deaths of women at the hands of their partners which was met with the Government voting against 49 of the 55 respect@work safety recommendations by the Sex Discrimination Commissioner.

It is the insidious culture within parliament, which allows the prime minister of the day to exhibit bullying behaviour emblematic of abusers, by ignoring the pleas of women protesting violence and going as far as to suggest they’re lucky not to be shot.

The appointment of an albeit female Human Rights Commissioner who opposes affirmative consent is up there as well; as is the bullying of Queensland Labor Premier Anastacia Palaszczuk by the IOC President on international television.

When a female finally rose through the political ranks to become prime minister in 2010, there was hardly an Australian woman that wasn’t bursting with pride and hope for the future. As the recent SBS documentary on Julia Gillard’s rise to power and her subsequent despicable treatment, Strong Female Lead, illustrates, this nation wasn’t ready for a woman in the top job and the relentless vile attacks against her were not just tolerated, but actively encouraged by many in the media of both sexes.

And since Tony Abbott, infamous across the globe as a misogynistic bully, became Prime Minister in 2013, promptly appointed himself minister for women and catapulted Australia back to the 1950s, it has become almost impossible to imagine a political climate that will again accept a woman in the top job.

These are some of the urgent issues that women need to be considering and advocating to address if we hope to create an environment for our daughters and granddaughters to realise their potential. They are also the things about which we need to hold our politicians and the media – of both sexes – to account.

Yet this is the topic that the ABC’s Leigh Sales chose to champion this week. Again.

In her article, ‘Bullying on Twitter has become unhinged. It's time to call out the personal, sexist attacks’, Sales contends that it is those on the Left who frequently target female journos in particular:

Let's not duck the common thread here — it is overwhelmingly left-leaning Twitter users who are targeting ABC journalists for abuse.

Of course, there are right-wing attacks too but the most ferocious campaigns are reserved for any journalist who questions, in even the most anodyne manner, the policies or public statements of Labor politicians, particularly the Opposition Leader Anthony Albanese, the Victorian Premier Daniel Andrews, the Queensland Premier Annastacia Palaszczuk and the West Australian Premier Mark McGowan. 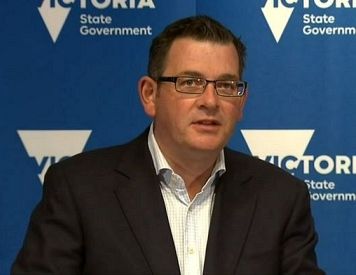 Using the example of Dan Andrews and Liberal Premier Gladys Berejiklian, Dr Victoria Fielding ably illustrated on IA that Labor leaders are indeed disproportionately targeted by the mainstream media when compared with their conservative counterparts, but we digress.

‘It is a matter for a commercial entity like Twitter to ask itself – and my understanding is that it is – whether the treatment of journalists, in particular female journalists, on its platform is acceptable.’

Every year or so, Sales comes out with a spray against sexist leftists on Twitter. It usually happens after she gives what is perceived by many progressive users of that social media platform as a poor performance in her main task — interviewing politicians. There is a widely held belief on Twitter that Leigh Sales has a distinct right-wing bias. That she generally gives conservative politicians an amiable armchair ride, while ferociously grilling Labor and Greens MPs.

There is, in fact, as we have reported in this publication, a very significant body of evidence to suggest that this is the case. But whether or not that is the case, the criticism, by and large, appears to be of her professional performance.

This is not to say that Sales and, indeed, many other female journos have not also experienced vile and unwarranted personal attacks unrelated to their work. This happens to many of us and it is should never be tolerated.

Sales, however, chooses to label such criticism, firstly as “sexist” and most importantly, as a Leftist social media phenomenon. Sales also only ever seems to notice such behaviour when it is levelled at journalists.

But one only has to look at the barrage of social media abuse experienced by prominent progressive women such as Gillian Triggs, Yassmin Abdel-Magied and, of course, Julia Gillard to see that abuse is hardly confined to political stance. These women were relentlessly and viciously hounded for what they wore, how they looked and, most disturbingly, simply for daring to voice progressive ideas and criticism of the status quo, while being female. They were not hounded only on social media. And they were not hounded by those whom Sales characterises as 'Left-leaning Twitter users'.

These women were maliciously targetted by those who may be comfortably characterised as Right-wing and on an array of platforms about which their abusers were not particularly discerning, including Twitter, but also in mainstream publications, and on national radio and television. 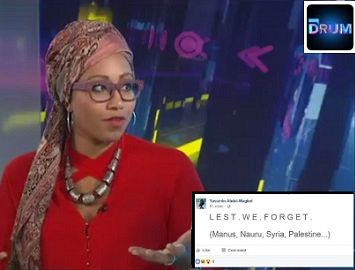 So great has the cult of Anzac Day become, any dissenting voices are now attacked, condemned and vilified

Some women, such as Yassmin Abdel-Magied, experienced such sustained and vicious campaigns at the hands of conservatives, that they were literally run out of the country.

In Gillard’s case, she was run out of office with placards and prominent media personalities calling for her death and the Liberal Party faithful brazenly smearing her at glittering fundraising events by serving up menus such as the following:

It seems telling that Sales did not jump to the defence of these women.

Like the newly self-proclaimed “feminist” former Liberal MP Julie Bishop, who could usually be seen nodding and laughing in agreement with Abbott as he launched endless vitriolic attacks on Gillard, Sales sat on the sidelines while these women were bullied.

In the case of Gillard, Sales was certainly happy to repeat the vituperative commentary about Gillard. She suggested Gillard was “overstating her case” after the then Prime Minister said, “Under an Abbott government, women’s voices would be banished from political life” — a prediction that has certainly been upheld at every turn by the Abbott and Morrison regimes, if not quite to the same degree by the Turnbull Government.

And Sales could hardly contain her disdain for Prime Minister Gillard when she began a 7.30 interview with:

”After recent events, aren't Australians well within their rights to conclude that the Gillard Government is a dysfunctional mess that deserves to be consigned to opposition as soon as possible?”

As Sales suggested, ‘Let's not duck the common thread here' — only it was Right, not Left-leaning Twitter users, plus many, many assorted politicians and journalists who openly targeted these progressive women.

This female journalist, like many others, is certainly not immune to sexist attacks just for taking a progressive stance on IA.

Bullying and misogyny are never okay. But neither is suggesting that such deplorable behaviour is in any way confined to Twitter users or the exclusive domain of the Left.

We should be calling out disgraceful behaviour from wherever it hails, not weaponising it to fuel ideological battlegrounds. 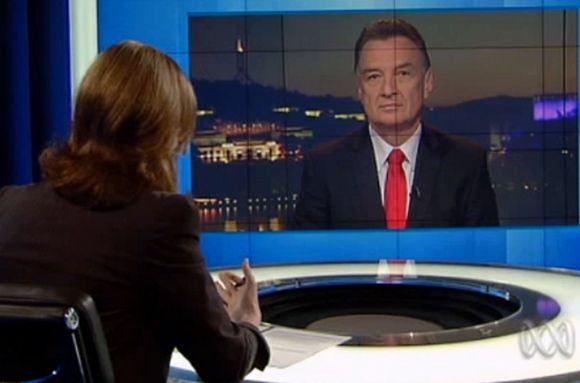