WELL, we have been saying it for ages but there really is a big problem with Australia’s media. And now, a petition created by former Prime Minister Kevin Rudd has shown that there are a lot of people who not only agree but are fed up with this undemocratic state of affairs.

Kevin Rudd’s petition, which calls for a royal commission into Australia’s Murdoch media stranglehold and lack of media diversity, was posted on Friday (9 October) and so many Australians rushed to sign it that the Parliamentary website crashed over the weekend.

At the time of publication, website crashes notwithstanding, 241,124 petition signatures had already been registered.

The problem is, of course, that by dominating all the media platforms, Murdoch is performing a version of Orwell’s “Newspeak" each and every day.

Currently, this is being played out by his media corporation excusing both state and Federal Liberal National Party corruption, while relentlessly excoriating the Victorian Premier for imagined incompetence.

In an explanatory video posted on Twitter, Rudd explained that the petition calls on the Australian Parliament:

“…To establish a royal commission into the abuse of the media monopoly, in particular by the Murdoch media, and to make recommendations to maximise media diversity ownership for the future lifeblood of our democratic system…"

“…The truth is Murdoch has become a cancer — an arrogant cancer on our democracy.”

While Rupert Murdoch’s media holdings span three continents, it is only in Australia where his empire accounts for 70 per cent of print media, plus digital, pay-TV and even radio – through son Lachlan’s Nova Entertainment – platforms.

In the lucky country, then, Rupert and his minions get to reshape the narrative with relentless far-right monotony, drowning out climate science, crushing progress and stomping on compassion.

The Rudd petition refers to this ‘deliberately polarising and politically manipulated news’, which we consume daily, and often subliminally, and where this undoubted power

'...Is routinely used to attack opponents in business and politics by blending editorial opinion with news reporting. Australians who hold contrary views have felt intimidated into silence.’ 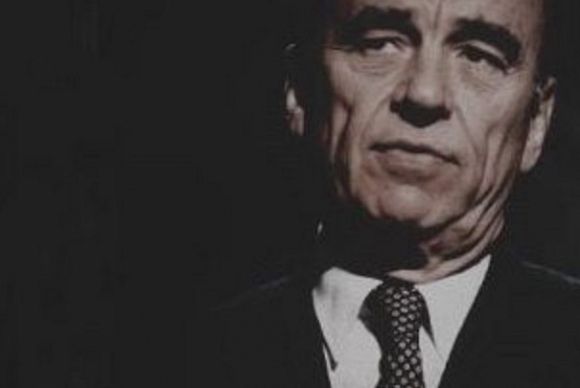 Former media mogul and distant cousin to Rupert Murdoch, Ranald MacDonald, told IA that a leading UK newspaper recently asked him for a tribute to be incorporated in their draft obituary for Murdoch.

Don’t buy Murdoch papers or subscribe to Foxtel? Never fear! Sky News is incessantly streamed in our airport lounges, at train stations and in the offices of every MP in Parliament House.

As well, Murdoch’s blatantly right-wing band of commentators are given a platform on the ABC and other non-Murdoch radio and TV networks, where their often extreme views are afforded mainstream credibility.

And if you somehow manage to escape the above information onslaught, you will no doubt innocently pick up a freely available newspaper in almost every family restaurant or popular café.

The impact of the Murdochs on Australian politics is no new thing. It is in their blood and seemingly regarded as their birthright. This power to manipulate the Australian people through the information they are allowed to receive has, in fact, spanned over three generations.

Of course, since its inception on 24 June 2010 ‒ the very day Julia Gillard became Prime Minister by toppling Kevin Rudd ‒ IA has been reporting extensively on the malign influence of the Murdoch media over Australian politics.

Those who follow Australian politics and read IA know full well that Murdoch’s media cartel has campaigned for the successful winner of every Australian election in living memory — with the sole exception of Gillard’s minority government in 2011. Furious at this result, Murdoch and his biased media enterprises then plotted with the Liberal Party and James Ashby to bring down the House Speaker, Peter Slipper, in a sordid honeytrap that went wrong. You can read all about that in the Ashbygate book by Ross Jones.

Murdoch installed Tony Abbott in 2013, then toppled him in 2015. Abbott was replaced by Malcolm Turnbull, who Murdoch helped elect in 2016. And after Murdoch flew into Canberra in 2018 and issued an ultimatum, Turnbull was unceremoniously dumped by his party within days, in favour of Scott Morrison.

Murdoch’s support of Morrison in last year’s election was pivotal in his unexpected victory. Especially given the level of public backlash towards Morrison over his mishandling of the bushfire crisis and overt climate denialism. In this, of course, Morrison is an ideological ally of Murdoch, since, as reported in IA, Rupert Murdoch is an oilman.

The evidence of Murdoch’s influence over Australian – indeed, Anglophone – politics is both immense and impossible to deny.

Kevin Rudd, we agree. We need a royal commission into the Murdoch empire and its influence over Australian democracy.