Bearing hallmarks of the 2019 Australia Federal Police raid on the ABC over its 'Afghan Files', Finnish journalists are on trial for treason after reporting on Finland's national security, writes Dr Binoy Kampmark.

ON 16 DECEMBER 2017, Finnish daily newspaper Helsingin Sanomat published an investigative report on the activities of the Finnish Intelligence Research  Establishment (FIRE). Titled 'Finland’s most secret place', the report focused on the military intelligence agency’s tasks and noted its rough location.

The article was particularly pertinent, given debates at the time on whether the powers of the seemingly innocuous body in question should be expanded to monitor private data in digital networks while discussing an overall expansion of surveillance powers.

As the newspaper noted in a scathing tone, the MPs debating the matter in Finland's Parliament seemed ignorant about what was actually at stake and taking place at Tikkakoski. In the miasma of celebrated political ignorance, powers could be enlarged with little care and worry, elected representatives remaining – as they often have in history – asleep as the needle is administered.

FIRE sounds positively ordinary in terms of designation and function. Ditto in Finnish, where it passes as Viestikoelaitos (signals test facility).

Over the years, the testing facility has not been reticent about aspects of its activities, much of it based on a campaign to gain broader acceptability. Its ultimate purpose, using radio signal intelligence, is to ensure that the prime minister of the day is apprised of the next potential attack on Finnish territory were it to happen. 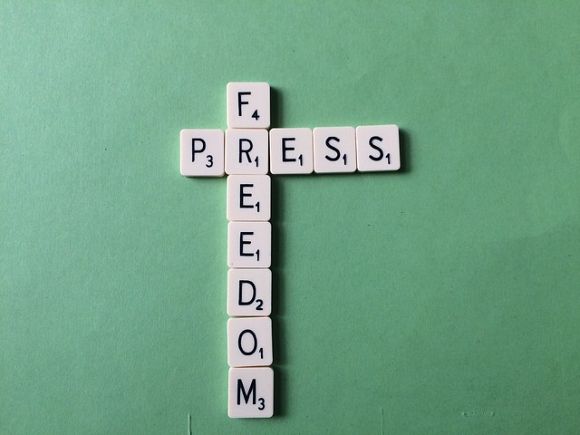 The concern here is that the medium of such intelligence has degraded — and where intelligence and signals capacity degrades, broader powers tend to be sought.

As a result, reporters Tuomo Pietiläinen and Laura Halminen and the paper’s acting manager at the time, Kalle Silfverberg, are facing the ire of the national security establishment.

Halminen’s apartment was raided in December 2017 by the police, who also seized her computer and flash drives. (It was subsequently found in a 2018 court ruling that a flash drive taken from Halminen’s residence during the police raid could not be used as evidence in the prosecution.) According to MTV, a second instalment on the centre’s activities was not run by order of the editor-in-chief after the first publication drew criticism.

If convicted, the accused parties face prison sentences of up to four years.

Hanne Aho, president of the Union of Journalists in Finland stated to Reuters:

"It is completely exceptional that Finnish journalists are being accused of high treason."

In the amnesiac-rich field of social media, this sounds new. In fact, the process has been in train for some time. Originally, five suspects were named in the investigation, including editor-in-chief Kaius Niemi. On 29 October 2021, charges for the disclosure and attempted disclosure of state secrets were announced against the three who now figure.

In terms of what defence may be mounted, the idea of prior publication – or material that is already available – seems the most sensible. It is standard fare and tends to catch out governments obsessed with not being embarrassed. In fact, pre-trial investigations did little to dispel this point.

"It is unacceptable and absurd that journalists in a European democracy like Finland are facing imprisonment for doing their job and reporting on an issue of massive public interest, which the discussion about the activities and powers of Finland’s security agencies undoubtedly was."

Trionfi also notes the lengthiness in investigation and how it constitutes a form of constriction and deterrence:

“This investigation itself – which has dragged on for years – had already cast a shadow over Finnish reporting on national security issues. These charges will now worsen this chilling effect, jeopardising the public’s right to be informed on issues of tremendous importance to society.”

The Committee to Protect Journalists (CPJ) has also added its voice of concern.

"It is unacceptable that investigative journalists in an EU country could face prison sentences for their work.”

There are some striking similarities to the battle being waged against journalists in another country, one supposedly liberal, democratic and claiming to have, superficially at least, some respect for press freedoms. 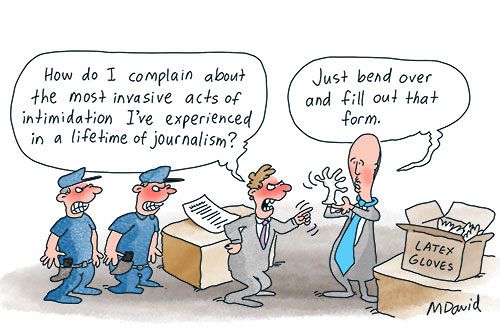 AFP raids journalists: We need to talk about our Government

There is no doubt the AFP raids are an affront to our democracy. One in which the hand of a secretive and ruthless Government can be felt, if not seen or heard.

The Afghan Files, published by the ABC, revealed alleged atrocities by Australian special forces in Afghanistan and eventually resulted in a raid of the national broadcaster by the Australian Federal Police (AFP).

The AFP took its time before executing a warrant to raid the Ultimo headquarters in Sydney despite already knowing the core source of the files, the whistleblower and former Special Air Service Regiment (SASR) operative David McBride. The entire affair was one of abuse, deterring intimidation and even terror.

It further left the option of prosecuting one of the journalists who had compiled the report, Dan Oakes, open. The case was eventually dropped by the Commonwealth Director of Public Prosecutions (CDPP) on public interest grounds. While the CDPP had what could only be described as an attack of conscience, the entire measure was both dangerous and farcical.

The prosecutor in the case against the three Finnish journalists has demanded that the online version of the story be scrubbed from the newspaper’s website. But as Aho remarks, very little is being given away about the substance of the charges.

This may well be a sign of things to come, suggesting that Finns may have more to worry about than the distracting antics of their dancing Prime Minister.

The national security wonks, now in a full embrace with NATO (North Atlantic Treaty Organization) and keen to anticipate the next crisis, will not be thrilled about debates on intelligence and any proposed expansion of powers.

For a country solid and reliable in its defence of press freedoms, this is a rotten turn-up for the books.