In February this year, a news story attributed to a “Hellen Doe”, concerning the DG Institute's asset protection product, appeared on the website Newswire. The article referred to a ‘newly launched system’  to protect people’s assets, despite this product being available since 2011 at the very latest. 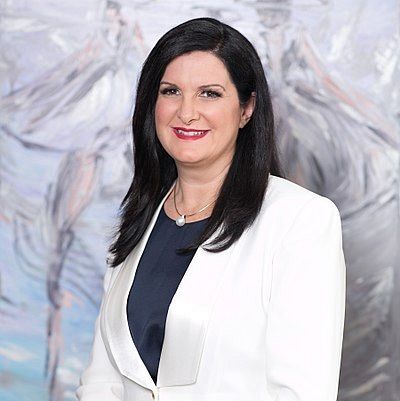 Hellen Doe’s Newswire bio describes her as an historian, author and public speaker, with a particular love of subjects of a maritime nature. It also indicates she is an amazingly prolific journalist, listing her as authoring a remarkable 4,462 articles on Newswire.

In the past week alone, as we write, Ms Doe has published on Newswire an amazing array of articles, on topics as varied as autoimmune disease solutions, deodorising dog shampoos, boat locker storage in Florida and pheromone boosting soap bars for men.

Hellen Doe’s name and purported biographical details are remarkably similar to those of the verifiable identity Dr Helen Doe — an acclaimed historian, author, lecturer and honorary research fellow at the University of Exeter in Devonshire, UK. Dr Doe is also the author of a number of books on maritime and Royal Air Force history.

These factors strongly indicate the "Hellen Doe" Newswire article is not a genuine news story, but rather a form of paid advertisement — an advertorial.

More recently, an article about the self-professed real estate maven, Dominique Grubisa, appeared in another publication, Vents Magazine. Vents describes itself as the ‘premier online publication for music news, entertainment, movies and other articles online'.

The article was published under the byline of the Vent Mag's editor-in-chief, RJ Frometa — apparently a Dominican Republic national. Mr Frometa was glowing in his praise of Dominique Grubisa, gushing about her having 'a heart that shines with courtesy and love for others’. 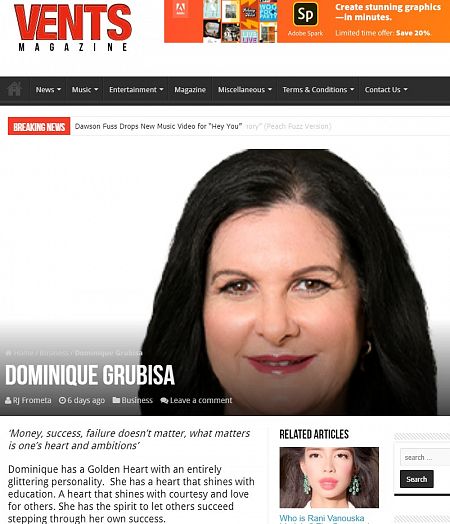 It is unclear whether RJ was aware Mrs Grubisa allegedly engaged private investigators to target disgruntled former clients and their legal representatives, as reported in IA on 5 August 2020.

Also somewhat hard to fathom is how Mr Frometa may have become interested in Mrs Grubisa's products, given she sells them almost exclusively to an Australian clientele. In the view of Independent Australia, a recent article on a separate publication about the Dominican Republic’s Pesca de Bagre (catfish) market has much less of a fishy aroma than Vent Mag's Grubisa piece.

But if such articles aren’t the honest products of earnest journalistic toil, which they almost certainly aren't, then just how do these unabashed promo pieces get published?

The answer most likely lies in the shady world of “sponsored” or “guest” posts — paid advertorials dressed up to look like legitimate news articles. Inspiration Feed is one blog that openly admits it receives monetary compensation from “affiliates” for promoting their product and “providing links” in articles to advertisers. To facilitate this, U.S.-based Fiverr user “Inspirationfeed” offers guest post publishing with a “valuable backlink”.

“Inspirationfeed” advises that what it needs is a ‘well written … unique article in perfect English [of] 1000+ words’. It states that for 'USD150 your article will be published on the [Inspiration Feed web]site’. 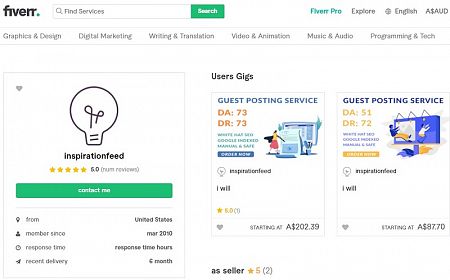 Puff piece vendor “DA78” advertises on peopleperhour.com its ability to place a “backlink” on Inspirationfeed that will provide ‘enormous exposure’ and ‘greatly boost your SEO ranking’.

Despite the obvious and openly mercantile nature of the Inspiration Feed blog, the author of an article about Dominique Grubisa on the site ‒ said to be its founder and editor, Igor Ovsyannykov, from Warrenton, Virginia ‒ claims to have actually attended one of her seminars. IA regards this claim as being more than a little fishy.

As ever when it comes to anything associated with Mrs Dominique Grubisa, take a good sniff around before reaching for your wallet.