The baby, the old saying goes, can sometimes be thrown out with the bathwater. But in Friday’s stunning news about the closure of the News of the World newspaper after 168 years’ publication, it seems the bathwater has been let out to leave 200 staff high and dry while the woman (baby) widely seen as responsible is saved. Angela Long reports. 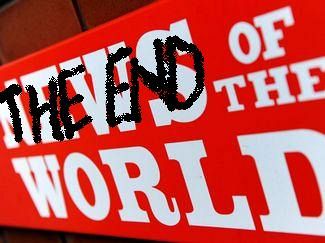 ‘Gobsmacked’, ‘amazed’, ‘astonished’ were the words used by seasoned media watchers and journalists, many who pride themselves on not being surprised by anything.

But as the day wore on it became more likely that the Murdoch empire had been planning this as a strategy to offset the continuing trials of the phone-hacking scandal and close the Sunday paper while beefing up its daily sister to seven-day publication.

The shocking announcement to close the sensationalist paper, the biggest-selling in Britain, came shortly before 5pm Thursday. James Murdoch, son of Rupert, released a statement and addressed a crowded and anxious newsroom at the NOTW offices in Wapping, east London.

Rebekah Brooks, chief executive of News International and former editor of NOTW – at the height of phone-hacking in the early 2000s – was said to be in tears as the news was broken to staff.

After summarizing – in corporate speak – the phone-hacking scandal which has led to this extreme move, James Murdoch got to the point:


“Having consulted senior colleagues, I have decided that we must take further decisive action with respect to the paper.  This Sunday will be the last issue of the News of the World.  Colin Myler will edit the final edition of the paper.  In addition, I have decided that all of the News of the World’s revenue this weekend will go to good causes.”

Speculation was rife as to the result of a story broken on Wednesday that NOTW journalists had hacked into the mobile phone of Milly Dowler, a 13-year-old girl who was abducted and murdered in March 2002. A police investigation – Operation Weeting – into phone hacking had discovered that the journalists had deleted messages on Milly’s phone, apparently in the hope that they would get fresh material from new messages. However the frantic family of the teenager clung to the hope that this meant Milly had deleted her own messages, and so was still alive.

The revulsion that swept across Britain was heightened even further when it transpired that evidence had also been found of hacking into the phones of relatives of people who were killed in the ‘7/7’ terrorist bombings of London six years ago.

The prime minister David Cameron – incidentally a personal friend of Mrs Brooks – was forced to announce two inquiries into the hacking. Leader of the opposition, Ed Miliband, said Rebekah Brooks should ‘consider her position’.

Initially, News International came up with the rather lame excuse that Mrs Brooks had been ‘on holiday’ when Milly Dowler’s phone was hacked, and also when the phones of family of murdered children Holly Wells and Jessica Chapman were hacked in 2002.

Rupert Murdoch is known to be a big fan of Mrs Brooks, and it seemed that the 80-year-old patriarch was determined to stand behind the woman he had promoted.

But after a string of big-ticket advertisers, companies such as Ford, Bulmer and Mitsubishi, announced on Thursday they were withdrawing advertising from the Sunday paper, events gathered momentum and raced towards the Armageddon conclusion

Sky News reported that many NOTW employees had a ‘lynch-mob mentality’ towards Rebekah Brooks after the announcement yesterday.


“Rebekah Brooks created the climate for this, she set the tone, and she should go. It seems incredibly unfair that people who had no responsibility for this will lose their jobs, and she will not.”


"The one person who seems to be staying in her job is the woman who was editor at the time of the hacking of Milly Dowler’s phone and who is now Chief Executive of News International. News International cannot deal with these allegations properly while she continues to be in place."

Peter Bale, media commentator and former editor of MSNBC, said he was “amazed” by the news.

Many observers were wondering if the NOTW had been in a precarious financial situation, despite its 3 million circulation. Rumours have already started of a possible seven day a week version of the NOTW’s daily sister paper, The Sun, which does not currently publish on Sunday. News International registered the title ‘The Sun on Sunday’ just last week, indicating a strategy.

Chris Blackhurst, editor of The Independent, and a former business journalist with The Sunday Times, said he understood that the NOTW had not been doing well financially of late. Its circulation dropped by about 5 per cent in the last year.


Another factor being canvassed is the Murdoch desire to own all of BSkyB, which has been examined by the British government in context of media domination. Just this week British Culture Secretary Jeremy Hunt was believed to be about to announce that News Corp would be allowed to own 100% of BSkyB, parent of Sky News, with some conditions. Previously the company owned 39 per cent of the organisation, and made an offer last year for the remaining 61 per cent

The BBC's political editor, Nick Robinson, has suggested that


"the Murdochs have sacrificed the News of the World in order to salvage their television ambitions."

Meanwhile, reporters who asked Rupert Murdoch for a comment in Idaho, the US, were disappointed as he was tight-lipped. "Do you always walk this fast, Mr Murdoch?" asked one panting hack. "Only when I'm running away from you guys," retorted the mogul. It is without doubt that Rupert Murdoch would have had the deciding voice in the closure of the famous Sunday newspaper he bought in 1969.

Reports say the decision was taken by the News Corporation board in New York.

British media commentator Steve Hewlett told the BBC that a senior source inside the Wapping headquarters told him:

James Murdoch, who is chairman of News International, News Corp's British newspaper arm, said on Friday he was standing beside his chief executive.

Ironically, The New York Times on Friday featured a large report on the scandal and Mrs Brooks, under the headline 'A Woman's Savvy Rise in Tabloid Empire'.

See James Murdoch’s full statement on the closure of the News of the World here.

(This story was originally published in ALongsWord on July 7, 2011, under the title 'News of the World bites the dust in which many would say it lived' and has been republished with full permission.)
MEDIA Angela Long BBC British media BSkyB David Cameron Ford James Murdoch Jeremy Hunt Milly Dowler Mitsubishi
Recent articles by Angela Long

The Murdochs and ethics - this is serious

10 July 2011, 10:19am The baby, the old saying goes, can sometimes be thrown out with the bathwater. But ...
Join the conversation
comments powered by Disqus
News updates