Morrison and the Murdoch bad guys

Many in the media have called Morrison a "seasoned politician" and a "clever operator," and have continued to propel his status as a "responsible" leader, but here at IA, we prefer to refer to him as a despot with a god complex. This seems to best encapsulate his disturbing career, the culmination of which is the recently discovered secret ministry affair.

Now, we hate to say we told you so, but we did tell you so. We were one of a very small and, dare we say, “fearless” group of independent media outlets that warned people about Morrison and the extent of his megalomania, before, during and after his so-called “miracle” election win. It was not a miracle, of course, but an election result driven by the media cheer squad.

Because Morrison was Murdoch’s pick. And in Australia, as we have continued to point out, where Murdoch goes, the rest of the media pack follows.

During Morrison's reign, Independent Australia went against the pack, as we have always done. We held firm and stood up to many a threat from various Morrison Government departments that took exception to our exposure of their mendacious and sometimes illegal behaviour, such as the unconscionable Robodebt scheme and the scandalous destruction of the Murray-Darling. We exposed his not-so-secret cult membership that the legacy media chose instead to walk by, thereby normalising Morrison's increasingly bizarre behaviour.

Now, after the Morrison Government’s spectacular, yet still underplayed, defeat, the media circus is suddenly emboldened. It has finally noticed what we have been pointing out all along: that Morrison and his band of not-so-merry ministers were totally incompetent, riddled with corruption and steadily made a mockery of our democratic systems. Quelle surprise.

The Fourth Estate's part in enabling this latest disgraceful chapter of Coalition rule is never questioned, of course. Expect more feigned shock in coming days of the kind we see when the neighbours of a serial killer are interviewed: “We had no idea!”, “He seemed like such a nice chap”, "He kept to himself" — or in this case, everything to himself, as it happens.

Even today there are those in the media, such as Waleed Aly, who seem to think that surreptitiously progressing a dictatorship is no biggie, so why would we need an inquiry?

Phil Coorey on #RNBreakfast, on the formation of an inquiry into Morrison's multiple ministerial grab:

"There's a bit of payback here I suspect."

Then there are those, such as the Insiders gang, who quickly jump to the aid of the journos who knew, “contemporaneously”, as Morrison smugly revealed, but preferred to save it until such time as their book could be published — democracy be buggered.

We have been pushing the boundaries, standing up to bullies and fighting for freedom of the press since our inception in 2010, here at IA. We do it because it matters. Because it's not possible to have a working democracy unless our governments are held to account.

Please read a little more about who we are in Dave’s look behind the scenes at IA. And if you value what we do, please continue to support us by renewing your subscriptions and donations, sharing our articles and telling your friends.

Thank you for your support to date. Along with our exceptional columnists, cartoonists and contributors, we intend to keep bringing you the facts, regardless of the scorn from the media pack, the threats from the power brokers, or the missing invitation to the Midwinter Ball. 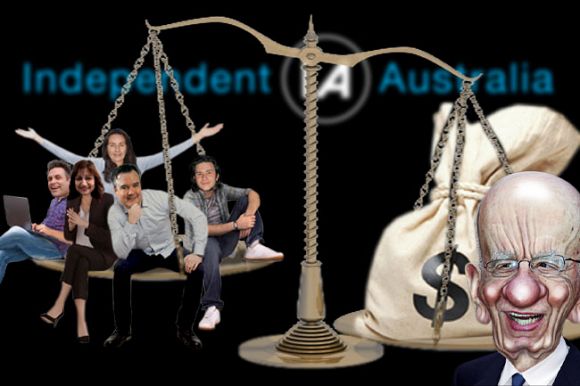 Meet the people who create IA

Take a trip behind the scenes and get some deep insights into the publication you're reading right now.