Masters of the universe and the efficient markets myth

There is no such thing as an “invisible hand” guiding the market, just a whole lot of real hands, says former investment banker – and IA managing editor – David Donovan.

ONE OF THE STRONGEST tenets of classical economics is a belief in the existence of “efficient markets”. The market will decide, the story goes, because the market always makes the best decisions because the market is “informationally efficient”.

It all stems from the ancient father of economics, Adam Smith’s, mystical idea of an “invisible hand” benevolently guiding investment and somehow benignly producing the best and and most profitable results for society.

After people have Occupied Wall Street and other financial districts around the world, as Europe still teeters on the edge of bankruptcy, as homes lie empty after being repossessed by avaricious banks while their previous owners are jobless and homeless – after Governments somehow decided that the banks were the needy ones – the thought that the markets are working well goes beyond absurd and strays into the realms of the grotesque. Only economic ideologues with a vested interest in maintaining the grim status quo could possibly persist in promoting such a travesty of the truth.

The truth is, there is no “invisible hand"; what there is, however, is a whole lot of real hands – and heads and bodies and other parts of human beings, as well as computer programs, these days – that actually guide investment decisions. And if people had a better idea about many of the people guiding the investment process, they might be far less sanguine about the chances of markets consistently making sensible investment decisions. 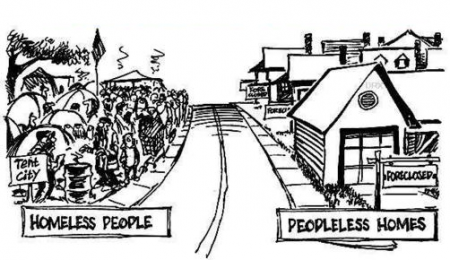 Far from being efficient, market participants suffer from imperfect information, are frequently irrational and, due to the strong gravitational power of money, markets themselves always tend towards collapse — rather than equilibrium, as the efficient market myth presumes. Furthermore, numerous empirical studies have shown that markets usually do not reflect the real underlying values of assets and that, in summary, the efficient market hypothesis is just a load of old cobblers. This is not to say that markets are bad — it's just that they are not particularly efficient and need constant tending and maintenance – like every other thing man-made creation – to ensure they keep working properly.

On the basis of decades working as an accountant and finance analyst, including several spent working for investment banks in Europe, I can thoroughly affirm that the efficient market hypothesis is not borne out by the reality in any measure. Moreover, the suggestion that the people who make the decisions involving the really big money in our system – the ones who drive the financial markets – are in any real way “informationally efficient” is, in my experience at least, laughable even beyond a joke.

The first day I worked for a bank was in 1997 for NatWest Global Markets, as an accountant supporting traders on NatWest's then vast trading floor – rows upon rows of monitor cluttered desks beneath a giant ever-changing tickerboard – at Liverpool Street in central London. I could immediately tell the trader working next to me was good — because he lounged with his sandal clad feet up on the desk, talking loud American into his phone. Apart from the sandals, he was in shorts and wore a vividly colourful Hawaiian shirt; everyone else was conservatively attired in a suit and tie. 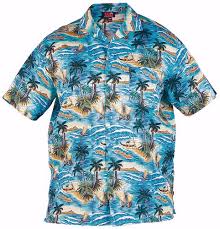 He was a master of the universe.

seemed to be his most common catchphrase.

I heard it all through that first day, as he studied things on his green Bloomberg screens and repeatedly thumped the table, sometimes knocking over my plastic coffee cup.

Late in the afternoon, he turned and looked me up and down.

“You’re an Auss-tray-li-an, right?” he eventually drawled. After I replied in the affirmative, he asked:

“So, who ya think's gonna to win the cricket tonight?”

Australia was indeed playing a one-day game against England that day, but it was a surprising question from an American, who are not usually known for their fondness for cricket.

This made him laugh uproariously. "Hah ha ha ha ha ha haaaaaa!!!" By his reaction, it was just about the funniest thing he’d ever heard. “No, of course not,” he replied, wiping away the tears now streaming from his eyes. "I don’t know the first thing about it!” he exclaimed.

“No, I just want to take a bet on it and I thought you might know who best to back.”

I soon learned that this trader was simply a gambler. He would bet on anything: stocks, bonds, futures, options, horse races, dog races, trots, cricket, tennis, who would be prime minister in a year, who would win Miss Universe…anything.  Anything at all. And, with bravado and balls of steel, somehow he had – at that stage – turned the bank a profit by doing so — which was presumably why NatWest allowed him to turn up wearing whatever he wanted.

It is unfair to characterise all the traders like that – as macho gungho men’s men – since the truth is only most traders fall into that category. Indeed, some traders are quiet physicists and mathematicians, who build extensive computer models to cash in on tiny movements in the market. Those are the ones who normally stay as traders the longest — who survive, and thrive, through the downturns. I worked for a number of other banks, including all the ones you would have read about in the GFC and some you probably haven’t. In my years in the finance industry, I learned that financial markets are not much more than glorified gambling establishments, and traders are people paid absurd amounts of money to punt with other people’s cash. And if they could find a way to tilt the playing field in their favour – to gamble against their own ignorant clients – well then, why wouldn't they?

There was an overweening sense of entitlement and arrogance amongst traders, I discovered, which stemmed from them being paid well beyond what any person can truly justify by their output. They live in a different, more rarefied, world from other people, made up of fast cars and expensive holidays, luxury houses abroad, and meals at the best establishments with thousand dollar bottles of wine. In truth, they look down their noses at ordinary folk. They live a life we can scarcely contemplate. And, as for being efficient marketeers, it is unsurprising that substance abuse and high risk lifestyles are prevalent amongst traders. Rational investors? Hardly.

They are paid to take risks and when they pay off – as they normally do, because market tend to go up most of the time – they stand to make themselves and their clients a lot of money. This leads to even more arrogance. However, when the market goes down, as we have seen it do recently, they jump over the cliff like frightened, startled, lemmings and lose their clients everything — and sometimes even drive whole economies into recession. Fortunately for them, because our new monster banks are now seen as too vital and too big to fail, the Government then steps in with ordinary people’s real tax money to bail out banks and so their risky behaviour is left unpunished and these bankers sense of entitlement increases even more.

They are the masters of the universe. Investors are patsies.

And most of the time, the exotic financial instruments financial traders bet on – the weird and arcane futures, options,  derivatives, CDO’s, etc – have only a tenuous relationship to the real economy. Niall Ferguson, the financial historian, said that before the GFC the financial industry in the United States was about ten times the size of the real economy. During the GFC it came back to about seven times the size, but now with the "recovery" in the U.S., it is probably just as big.  It means that these financial traders control the world economic system more than anyone else. They dominate it through all these transactions, loosely tied to the real world, ready to topple when something prosaic, such as a fall in employment in middle America, happens to occur.

There is no such thing as an efficient market. It simply does not exist, especially not in the obscene world of high finance. The house of cards is falling and will inevitably collapse.

You might think traders are expert readers of financial markets? In truth, studies have shown bull markets always go higher than they should and always fall lower than the underlying value when there's a run on. Traders are gung ho when the going is good — then panic like startled gazelles when the going gets bad. You only need to look at the 1, 2 and 3 per cent plus and minus gains on the stock market being recorded on a daily basis to see that no-one has the slightest idea what is going to happen next.

Perfect information is a creative fiction thought up by big money, who do not like Government regulation or anyone impinging upon their God-given right to gamble with other people's cash and be paid obscenely well for doing so.

The truth is, Adam Smith misread the situation regarding the invisible hand.

Human beings are dictated by emotion and are poor at pricing things. Smith should have been looking at one of his contemporaries, Isaac Newton, for a more pertinent analogy, because the truth is money has its own gravity, so the more you have the more you can attract. Markets, on the other hand, are like balloons that expand with money — and since money has its own gravity, the more money that goes into a market, the more it expands and so the more it attracts. In other words, as more people see good returns in a particular market, the more money that is dragged into that market until assets in that market become increasingly overpriced until, of course, the balloon market bursts — and collapses.

Why Smith thought markets were efficient is hard to fathom, since this trend has been happening throughout recorded history and has been well documented at least since Dutch tulip mania in 1637 — the best part of a hundred years before Smith was born.

As untenable as it might be for the neo-liberal economists that dominate our politics and mass media groupthink, the only fair market is one in which there is a diligent disinterested regulator closely and stringently enforcing good behaviour by the typically greedy and amoral participant. And though this thought is idealistic in the extreme, it might also be a worthwhile idea to have these same regulators tasked to study and advise investors about when a market that has expanded too far is ready to burst. Of course, traders won’t like that, because bubble markets are where they make their best returns.

By the way, Nat West Markets went out of business soon after I left the place. Wikipedia reported their fall as follows:

“The bank's internal controls and risk management were severely criticised in 2000 and its aggressive push into investment banking questioned, after a lengthy investigation by the Securities and Futures Authority. The bank's move into complicated derivative products that it did not fully understand seemed to indicate poor management. By the end of 1997 parts of NatWest Markets had been sold, others becoming Greenwich NatWest in 1998.”

Can't you hear the echoes of the GFC in that?

So much for being “informationally efficient”.

13 September 2021, 5:00pm In an exclusive interview on The Sun Rises, heavyweights from the United Australia ...

8 September 2021, 5:30pm Since reclaiming his position as leader of the Victorian Liberal Party, much is ...
Join the conversation
comments powered by Disqus
News updates