THE COVID-19 PANDEMIC has, of necessity, involved radical changes in economic policy as well as in our daily lives. Long-held dogmas about balanced budgets and the need for governments to avoid involvement in private business have been abandoned, or at least suspended for the duration of the emergency. It remains to be seen how many of these changes are permanent, but few expect a full return to the policies of the pre-pandemic era, many of which were already failing.

At the centre of the pandemic is the problem of finding a vaccine. Until the arrival of the pandemic, the process of developing a new drug or vaccine typically took years. Many experts believed that accelerating the process would require cutting corners, for example, by skipping safety testing or by “challenge testing” (deliberately exposing vaccinated volunteers to the virus to test its efficacy).

Yet less than a year after the virus emerged, numerous vaccines have emerged, most with a high level of efficacy. The problem now is to manufacture and distribute enough doses of these vaccines to protect everyone in the world against the virus. 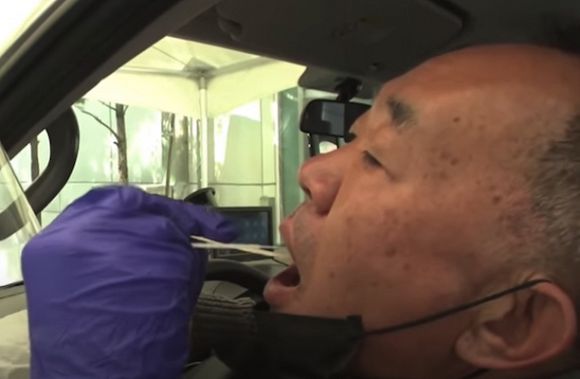 Combatting COVID-19: Lessons we can learn

This was partly a matter of luck. The first influenza vaccines were developed before World War II, using inactivated viruses. But because the virus mutates so rapidly, vaccines are are only around 60 per cent effective and must be redeveloped every year. We are fortunate that, although more infectious than flu and more deadly than most strains (the Spanish flu of 1919 was an exception), COVID-19 does not appear to mutate as effectively.

But the main issue is money and the way it is allocated. The pharmaceutical industry has historically been based on patents, part of the system of intellectual property (IP). Although some proponents of IP treat these property rights as a natural reward for discovery, they are (like all property rights) entirely the creation of governments. Under the patent system, a company that develops a new medicine has the exclusive right to produce it or license others to do so for a period of 20 years or more.

The IP system has funded some significant advances, but it is inefficient and wasteful. It reduces the availability of vital medicines, discourages sharing of information and creates delays at all stages in the drug development project. Faced with the COVID-19 emergency, no government was willing to rely on the incentives provided by IP.

Instead, governments adopted two inter-related strategies. First, they have given billions of dollars in grants to companies and research groups developing vaccines and treatments. Second, they have negotiated advance orders for hundreds of millions of doses of vaccines under development, conditional on them being shown to be safe and effective.

The scale of the expenditure may be compared to that of the Manhattan Project to develop the atomic bomb, which ultimately employed more than 130,000 people and cost nearly US$2 billion (equivalent to about US$23 billion/AU$30.7 billion in current dollars). The grandiosely-named Operation Warp Speed in the U.S. has so far been comparable in size and will require much more money to fund the production and distribution phases. The EU and other countries, including Australia, have poured in many billions more.

Despite the success of these policies and the urgent need to inoculate a world population of 8 billion people, the governments of rich countries, including Australia, are clinging to the idea that once the vaccines have been developed, we can return to the pre-existing IP system. They have resisted proposals put forward by India and South Africa to stop enforcing patents, trade secrets or pharmaceutical monopolies on COVID-19 vaccines under the World Trade Organisation’s agreement on trade-related intellectual property rights, known as T.R.I.P.s.

Rather than trying for a return to traditional IP, it would be better to make permanent the approach used in response to the pandemic. Companies with a prospective new medication could negotiate for research funding and a commitment to purchase an initial allocation. The current exemptions for poor countries would be expanded to allow immediate access to lifesaving treatments at or near the cost of production.

There would certainly be difficulties in sharing the global costs of such an arrangement between the United States, European Union and other governments. But these would be minor compared to the amounts currently wasted through the IP system.

In an information economy, any constraint on the use of knowledge, such as the monopolies created by the IP system, makes us all worse off. Medical knowledge, like all kinds of knowledge, is costly to produce and society must bear those costs. But, once produced, information should be free. And, since they benefit the community as well as the person receiving them, vaccines should be free as well.