By Sandi Keane | 18 May 2011, 11:01am | comments |
Independent Australia has been producing more great stories than ever before and getting more visitors. One of the reasons for our continued success is that we write stories that the mainstream media miss, ignore or perhaps even deliberately avoid reporting. A classic example is our biggest story over the last week, which was an exclusive interview with Dr Helen Caldicott where she talked about the horrifying impact of the meltdown at Fukushima, which threatens millions of lives worldwide. 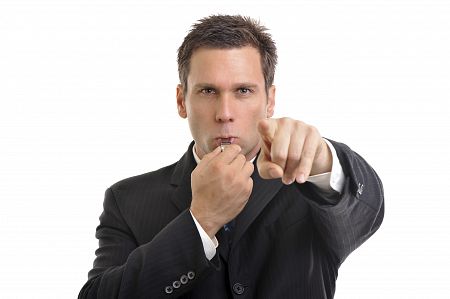 What meltdown? That's the question you might be asking yourself right now, because if you hadn’t been following Independent Australia, or a small handful of other publications, you probably wouldn’t even know this catastrophe had occurred.

Here's what our environment editor, Sandi Keane, wrote in a letter published in Crikey yesterday about this topic:


Sandi Keane, Environment Correspondent, Independent Australia, writes: Sorry Mark Willacy (yesterday, comments), but other than your reports on PM, last Thursday and AM and Midday last Friday (you didn't mention Midday but that's when I heard you), there was no mention in ABC's hourly radio news nor anything at all on ABC TV news or current affairs programs on Friday -- or, indeed, all weekend.

I'd already posted my story on the Fukushima melt down in Independent Australia on Friday when I read Glenn Dyer's story. Independent Australia had picked up the story early that morning and I quickly organised an interview with Dr. Helen Caldicott. I verified the story through Reuters and saw that UK Telegraph were running it (nothing in the US mainstream media which didn't surprise me).

The very thing everyone had been praying wouldn't happen, did! A meltdown! Finally we had a confirmation. TEPCO admitted it. And our mainstream media went completely missing, including the ABC, other than one mention by Mark Willacy on Thursday's PM repeated on AM and Midday on Friday.

This story should have run on ABC's hourly radio news and prime time TV news. Why not?

There is something deeply wrong with the media when events of this magnitude go almost entirely unreported. What’s going on? We’re not sure, but we're determined to find out. Something's just not right.

How on earth has it has come to the stage in this country where we now need whistleblowers to report on the activities of our major media organisations? It is a sad state of affairs, but when media ownership becomes too concentrated, as it certainly is in Australia, these sort of events are able, and indeed likely, to occur.

If we can't trust our media, our democracy is at stake. As they say, all it takes for evil to flourish is for good men and women to do nothing.

Here is another link to our story on the Fukushima meltdown: