NBN Co has demonstrated its capability to offer greater capacity, yet the Government is encouraging a telco monopolisation, writes Paul Budde.

EARLY AT THE START of the pandemic, the Government allowed NBN Co to make 40 per cent more capacity available without an extra charge for this. This, of course, was widely welcomed by both the industry and the users.

The core of the problem, however, is that this capacity is not available in a “normal way” because of the complex way that the NBN company charges its retailers. Australia is the only country in the developed economies that has concocted such a complex wholesale charging system.

The most contested component of this complexity is known as Connectivity Virtual Circuit (CVC). This is a fee levied by NBN Co for the bandwidth capacity required by the retail service provider to service their customers. The more bandwidth required, the higher the price. Now, obviously, we see an enormous spike in demand for capacity with people working and studying from home, using more entertainment, telehealth, online shopping and so on. 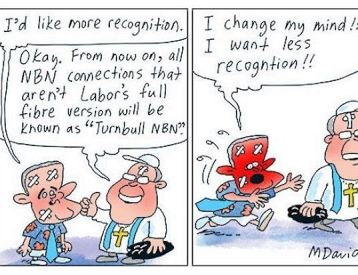 For years, all industry players have asked NBN Co to abolish this charge and come up with a less complex solution. The industry has offered solutions that would be revenue-neutral for the network operator, all at no avail. What we are seeing is the emerging of a new telecommunications monopoly and it reminds many in the industry of the suffocating years under the Telstra monopoly which was at its height between 1990 and 2005.

NBN Co has indicated that it will continue with the extra capacity at no charge for another month. However, rather than the industry complaining about this, they all nicely fell in line by welcoming the announcement.

Why am I not impressed? Because the real message is “we are not going to listen to you and will start charging more after that month”. If the NBN company or the Government were serious about wholesale reform, they would not have extended it by a meagre one month.

Not everybody in the industry had such a tame response. Phil Britt, the Managing Director of Aussie Broadband, has been on the barricades of this issue for many years. In a letter to the editor in Communications Day of 28 July 2020, he called for a user revolt. Because if NBN Co reverts to its punitive pricing model, costs for consumers will be going up.

He argues that the company should stop charging for extra capacity. It has this extra capacity available to them and this should be made available at an affordable price to all Australians. Broadband is clearly a national utility and essential for people’s work and life and the NBN company should not use its monopolistic position to offer these services at prices that are not going to be affordable for many Australians.

It is also important to note that very few people do achieve the maximum speeds that they are paying for. It is beyond belief that these are acceptable practices.

It is shameful that while many Australians are economically and socially suffering from the effects of the pandemic, the Government (through the NBN company that it owns) allows this to happen. 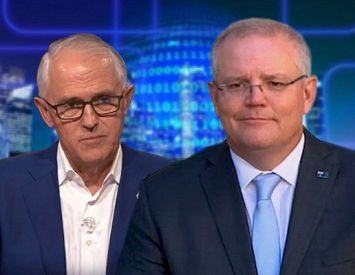 Here we have an ideal opportunity to get rid of this obnoxious pricing model without the need for a government backflip on the issue, yet they prefer to continue to upset the industry and its users by not listening to the complaints, arguments and potential solutions.

As we know from the Telstra days, monopolists love complex systems as they can make their processes complex and hard to understand, hard to manage and hard to administer. And they will use this to their advantage.

If the industry would be less tame and follow Phil’s call for action, there is no doubt that they would receive overwhelming support from the broadband users in this country. A combined campaign explaining the problem in simple terms and highlighting that this structure will lead to unaffordable broadband access for many would certainly reverberate through the market.

The NBN is a political issue and needs a political solution. The Government is the only one who can change this, not the NBN company on its own. Without political pressure, the capacity charge is therefore not going to change.

For many in the industry, the CVC charging system is making truly high-speed broadband services commercially unviable. The result is that the retail service providers do have to increase their subscription rates to their end users and this will make high-speed broadband use in Australia simply too expensive.

The reason why the Government does not want to step in is that it realises it has built a network that is far too expensive and it is now struggling to safeguard its financial investment in it. In the end, their plan is that the Australian people will have to pay for the white elephant the Government created.

22 September 2021, 8:00am Telecommunications giant Telstra has announced a new program that will benefit both ...

15 September 2021, 8:00am Automated vehicles will provide many benefits to drivers and the transport indus ...

8 September 2021, 8:00am The Government's new financial plan for the NBN is more about protecting its own ...
Join the conversation
comments powered by Disqus
News updates