Australia's competition watchdog has declared there is less competition in the mobile market, but Paul Budde suggests this may not be the case.

THE REASON WHY I am asking about our mobile market competitiveness is the Australian Competition and Consumer Commission (ACCC) recently argued that because the courts allowed the merger between Vodafone and TPG, the market has become less competitive. The ACCC had argued against the merger but lost that case.

It is not easy to give a straightforward answer to this question. My argument at that time, when this issue was being discussed, was that Vodafone was too weak to remain a viable competitor in the long term. At the same time, TPG had not invested enough in mobile infrastructure to take on Telstra and Optus. They had miscalculated the amount of money that was needed to reach such a position and they had not bought enough spectrum to make that happen anyway. In the end, they conveniently blamed the Government’s ban on Huawei for the fact that their business model was no longer a viable one.

I reluctantly agreed that a merger between Vodafone and TPG would be the only realistic way forward. It is better to have three good competitors than four players of which two of them are too weak to really challenge — in particular, Telstra.

Also, internationally, we see that where there are four players, the fourth player, in general, has a problem generating a large enough market share to remain an economically viable player in the market. So, as in Australia, one also sees similar mergers occurring elsewhere. 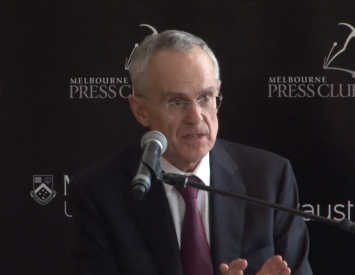 With the Vodafone/TPG merger, the long-term future of the mobile market is, in my opinion, not totally secured yet. Optus has never been able to grow its mobile customer base beyond the 20-25 per cent market share which it already had some 20 years ago.

Nevertheless, I do believe that the Australian mobile market is competitive. Could it be better? Yes, for sure, but in all honesty, we do have a dynamic market. There is ongoing market pressure to ensure that Australian users do have access to good prices and product offerings.

While the mobile virtual network operators (MVNOs) do have a relatively small market share, they also play a critical role in the market. Between them, they have in the pre-paid market several low-cost alternatives. Customers in need of such a product or who are interested in them only need to do a bit of research to find out what the best option is for them. It has also become increasingly easier to buy these cheaper products as they have become off-the-shelf products in many supermarkets and shops around the country.

As my hobby is also history, I would like to use this opportunity to look back on what happened in this market in bygone years.

We had Hutchison operating in this market as a fourth player in the late 1990s, who made some strategic mistakes by betting on technologies that did not go anywhere. First, the North American CDMA standard (as being different from the European GSM standard that became the dominant technology). They also thought of building a separate mobile data network based on the GPRS standard (General Packet Radio Service).

In the end, the only alternative for them was to merge with Vodafone, who already at that time was a struggling mobile operator in the country. Their main mistake was when they entered the market, they only sold access to their own new 3G network that they were building and that, of course, took time to complete and they were therefore much slower in building up a customer base. In the meantime, Optus was also building a 3G network, but they decided to also resell Telstra 2G service and they were able to successfully transfer these customers to their 3G network when they had sufficient infrastructure available. 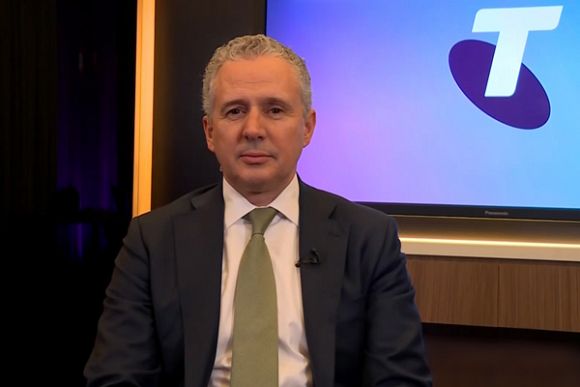 At this time, we also had the OneTel saga. They were an enormously successful reseller and became the fourth largest telecoms player in the market, backed by the Murdoch and Packer families. However, when they decided to also start becoming an infrastructure player, building their own mobile network, the owners panicked and OneTel collapsed in a spectacular way.

Next, we had AAPT entering the mobile market in 2000. Soon after that, they were bought by Telecom New Zealand and consequently the rollout of their mobile network was stopped as its business model didn’t stack up.

Still fresh in the mind is the Vodafail disaster after the arrival of the smartphone. The company had failed to anticipate the enormous increase in network capacity that was needed for the boom in mobile data use. They struggled for two years before they had fully recovered but in the meantime had lost close to 2 million customers.

Just looking at the arrival of 5G, this again requires massive investments and in order to be able to cough up that money, size does matter if you want to continue to be a leading player in this market. In the end, I do agree with the courts that the merger was the best outcome and looking at what is on offer in the market, if you do a bit of research you will be able to find competitive offers.

If we do need changes in the market, I will come back to an issue that I have addressed many times — we do need better wholesale regulations for the MVNOs but over the last two decades, the ACCC has not been interested to address that issue.

While I am grumbling, there's one other issue. I fail to understand why we cannot regulate to have a roaming service between the operators in commercially unviable areas in regional and rural Australia. The Government is putting hundreds of millions of dollars into extending mobile signals in these areas; this should be done on the basis of roaming requirements. But again, I have been arguing for this for over two decades.