Using our abundant reserves of natural gas for transport fuels offers a strategy for reducing our dependence on imported oil and developing a more climate-friendly transport fuel at the same time, writes Max Berry.

GEOLOGICALLY, Australia has been described as gas-rich but oil-poor. Although the two hydrocarbon deposits are often found together, much of our remaining crude oil deposits are not suitable for refining into petrol or diesel fuels. As a previous article explained, we are now dependent on imports for more than 90 per cent of our liquid fuel needs and import dependence is set to rise to 100 per cent by 2030. 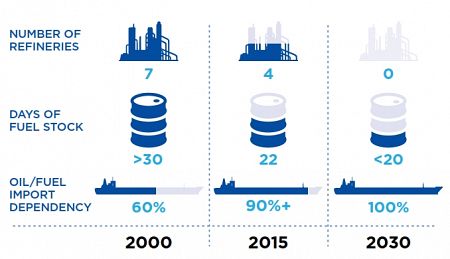 So far, Australia governments have seen this generous bounty from nature as a domestic energy source for heating and cooking, or more recently as an export earner. The price has risen for eastern state consumers because as state-based mains gas pipelines have been connected to export facilities, it has to be priced at the international price, which previously was irrelevant when gas was extracted from fields like Bass Strait and processed and consumed entirely domestically.

But making more use of natural gas – whether through liquefied natural gas (LNG), compressed natural gas (CNG) or gas-to-liquid (GTL) technology – for transport fuel is finally on the radar screen of at least some policy makers after a concerted push by a diverse range of groups, manifested by the release of a veritable library of reports on energy and fuel security as the year draws to a close. 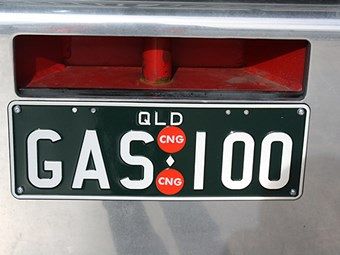 Queensland Premier Campbell Newman has announced an energy and fuel plan in which LNG and CNG will play a bigger role, helping to diversify the state’s fuel mix, provide environmental benefits (lower greenhouse emissions) and develop a new industry. Industry is on board, with gas supplier BOC commissioning a micro LNG plant in Queensland in December.

There’s some impressive research behind this last volume: it’s the product of work by UNSW, the Australian Strategic Policy Institute, CSIRO, Geoscience Australia, the Grattan Institute, the South Australian Department of State Development, the US Studies Centre and CO2CRC.

CNG involves compressing natural gas to 3600 psi. Even then, its low energy content makes it uneconomic as a replacement for petrol except in the most fuel-intensive applications. Other problems are the size and rigour of tanks needed to store a fuel at such high pressure, and the consequent weight of the vehicle, further cruelling fuel economy.

Transport Fuel’s authors say CNG storage volume and expense make it viable only for large fleets of medium-sized or light duty vehicles in the foreseeable future. 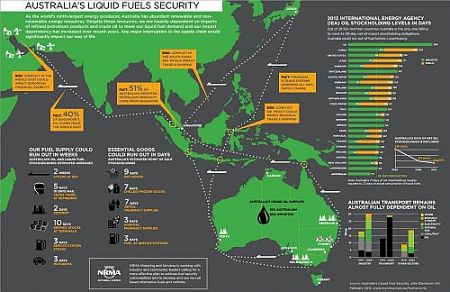 But one possible scenario where CNG may be more attractive than LNG is a bus fleet because the buses return to base regularly enough for the frequent refuelling demanded by CNG and the capital cost of the units make them viable for conversion. CNG has the advantage over LNG that the cost of the production and refuelling infrastructure is cheaper.

GTL is another technology that on the face of it is more attractive than the other two because it delivers a “drop in” fuel – an immediate alternative to diesel without engine modification. Under the Fisher-Tropsch process developed by the Germans to overcome fuel shortages in World War II, chemical reactions under heat convert natural gas into a low-sulphur synthetic diesel.

The problem is the cost of production and the gap between oil and gas prices – the higher price of gas makes it unviable: a business converting gas to synthetic diesel would be making a product worth less than the raw materials. That may change in future as oil and gas prices converge.

Of the three options for converting natural gas to liquid fuels, the most promising seems to be LNG, which has a high energy density compared to CNG. The liquefaction process involves refrigerating natural gas to -162 degrees Celsius, reducing its gaseous volume 600 times. One disadvantage is that LNG does not store for long as the temperature rises – it boils away. This can be overcome with cryogenic tanks, but refuelling is a dangerous business involving protective aprons and gloves – not something a tired, long-haul truck driver would look kindly on.

LNG is a good option for articulated trucks and there is an established precedent in the local LPG incentives aimed at the taxi industry of using vehicle rebates and fuel excise offsets to incentivise the conversion of diesel trucks to LNG.  Even without such incentives, prudent transport operators are already starting to hedge their bets.  Road transport empire Linfox has bought two LNG trucks – a small but significant step.

Modelling a scenario whereby 5 per cent of these are converted to LNG operation over five years – about 4350 trucks – gives a specific goal that Professor Clark believes is quite viable. The modification of a diesel engine to LNG involves fitting natural gas injectors and a vacuum-insulated cryogenic fuel tank, fitted with an LNG pump. LNG trucks would have a comparable range of about 800 kilometres. Then there’s the rollout of refuelling stations for LNG, which would only occur with a coordinated plan involving truck manufacturers, transport companies, natural gas suppliers and fuel retailers.

The technology is ready now, but the coordinated national plan is not in place and, rationally, no-one in the natural gas supply chain will make the first move without guarantees of complementary investment by the other parties in the “well-to-wheels” LNG supply chain. There is a similar problem with any alternative fuel. The roll-out of plug-in electric cars has been slow because without a significant network of charging stations, few motorists will buy electric cars.

Without a significant number of electric cars, charging station operators are reluctant to launch or expand their networks.  One of the two Australian chargepoint operators, Israel-based Better Place, has already gone out of business and this chicken-and-egg conundrum was at least part of the problem.

A coordinated plan to convert a significant proportion of Australia’s truck fleet to LNG would not only address our fuel security, allowing us to increase our fuel self-sufficiency to 50-70 per cent by 2030, according to Transport Fuels. Of five fuels studied in the report – petrol, GTL diesel, conventional diesel, and LNG – LNG has the lowest greenhouse gas emissions. We could make a significant step towards improving our stalled climate change response which – following the Lima climate change summit – is now the subject of international condemnation.

Professor Clark recommends that the Government convene a “roundtable” of gas producers and retailers, transport companies, and financiers to map a plan for converting a significant proportion of our articulated truck fleet to LNG. The Energy White Paper to be released next year may present the opportunity for such a conference.

One of the issues to be overcome in a large-scale switch to LNG for Australia’s truck fleet is that the expanded production of gas that would be necessary means sourcing unconventional gas sources. That means fracking which has drawn intense community opposition, especially in places like the Hunter Valley.

A whole chapter of Transport Fuels is devoted to the need for gas producers to gain a “social licence” for their operations and how this might be done. Both the wider community and residents in areas affected by fracking need to be educated about the trade-offs involved in regaining energy self-sufficiency and limiting our greenhouse emissions. We are fortunate that there are large conventional and unconventional gas sources in remote desert locations, away from fertile agricultural areas. 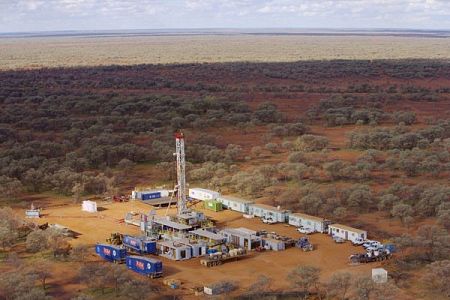 Speaking to Independent Australia, Transport Fuels co-editor Dr Mark Thomson, says the currently low oil and gas prices will set back any concerted effort to make a switch to alternative fuels. But there could be an upside, he said:

“If demand for LNG by overseas countries is falling permanently, then gas producers may turn to the domestic market for new customers.”

And that’s when a paradigm shift away from our near-total dependence on imported oil, and toward a more self-sufficient and climate-friendly transport future – at least for our freight movement – might just begin.