Why I'm not celebrating Australia Day

By David Donovan | 26 January 2013, 1:10pm | comments |
Why don't we celebrate Australia Day on a day all Australians can get behind. David Donovan suggests February 23 would be a more appropriate day. 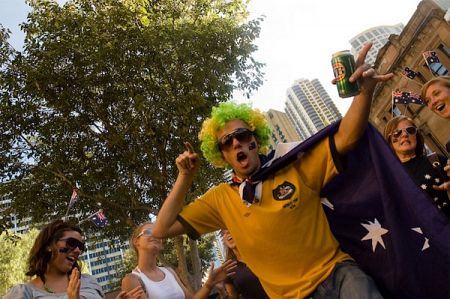 I love Australia with a mighty passion, yet how can I celebrate a day that is so steeped in sadness and is downright divisive in our community?

Divisive, because Australia Day actually celebrates the arrival of the First Fleet in Australia on January 26, 1788.

This was the day in which the traditional owners of Australia were formally dispossessed by Europeans. Many Indigenous people call it "Invasion Day" or "Survival Day". It is not a day of celebration for these people – who had been the proud custodians of the land for 60,000 years or more – but instead a day of lamentation and mourning.

So, as a mark of respect for my Indigenous compatriots, I won’t be cheering on this day. 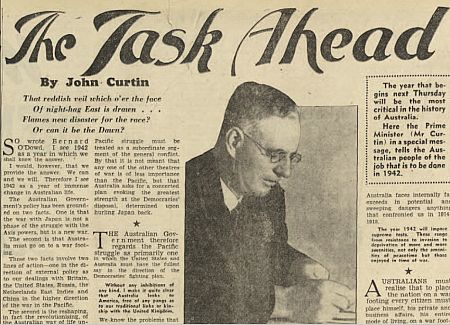 But furthermore, is it right to celebrate the day in which convicts finally arrived in Australia after a hellish nine month journey in stinking prison ships from Britain? Prisoners who were sent in inhumane conditions as punishment for what were often laughably trivial crimes? Arriving in Australia was no cause for celebration for them, but merely signalled arrival at the place of their ultimate banishment. I can imagine them first setting sight on the rugged shoreline of Botany Bay and seeing this land as a harsh place of desperate loneliness and despair.

Australia Day does not celebrate the beginnings of an independent nation — it celebrates the establishment of a British convict colony and the annexation of an inhabited continent.

Let’s change the date we celebrate our national day.

Let’s have it on a day all Australians can feel pride and joy in — one significant to Australians in the 21st century, one not steeped in sorrow and regret.

There have been many other massively important dates in our history. We could, for example, celebrate January 1, 1901, when the Federation of Australia was established. Since January 1 is already a public holiday, we could have the next day off as well. There may be people who will think Australia Day could be subsumed in New Year’s celebrations, but still — what a way to start the New Year!

Our brave diggers stormed Gallipoli on April 25, 1915 and so this is a possibility. However Anzac Day is already one of our most revered national days; combining the two days might be unpopular.

Instead, how about we celebrate the day we finally asserted our independence from Britain. Australia, of course, was established as a “self-governing colony” under our Constitution and we have only slowly developed sovereignty and nationhood from Britain over the course of the 20th century.

Australia had managed to achieve some legislative equality to Britain by 1940, but perhaps the moment we truly broke free was the day we finally wrested command of our troops from the British high command — Australian troops were at the free disposal of Britain even during the first years of World War II.

Prime Minister John Curtin signalled a shift in Australian thinking about Australia's previously subordinate relationship to Britain in an article in the Melbourne Herald on the 26th of December, 1941.


British Prime Minister Winston Churchill claimed that the statement would "cause resentment throughout the Empire", and spoke about addressing a “broadcast to the Australian people” on behalf of the “mother country”.

During January and February of 1942, the 6th and 7th Divisions of the Second Australian Imperial Force were sailing from the Middle East to protect British interests in the Dutch East Indies. After the fall of Singapore on 15 February 1942, Curtin asked Churchill on the 17th of February to send the troops home to defend Australia from the steadily advancing Japanese. Instead, on the 19th of February Churchill “temporarily” diverted the 7th Division towards Burma without seeking Australian approval. Curtin finally learned about this on the 22nd and was outraged. Curtin sent a sternly worded cable to Churchill on 23 February that forced his hand. Churchill backed down and Britain would never make decisions about Australian troop deployments again.

In my view, the 23rd of February 1942 – the date the Curtin cable made sure that from then on Australians must make the decisions about Australians, not see them made for us or overruled by the “mother country” – is the day this country ceased being a British dominion and began to function as an independent nation.*

I think that could work, but maybe there is another day that all Australians would be able to get behind? I'm eager to hear your suggestions.

All I know is that January 26 is not the right day to celebrate our national (not our colonial) day. So, because I love this country and its people so much – traditional owners, convicts and free settlers alike – I won’t be cracking the bubbly on Wednesday, and I won't be hoisting the flag or singing the national anthem. I will be reflecting, instead, on the loss experienced by Indigenous Australians in the last 220 years and pondering what we can do to create a fairer and more inclusive nation.