The ghost of Australia past

By Dr Matthew Mitchell | 29 October 2012, 8:29pm | comments |
In Australia's headlong rush towards progress and affluence, have we lost something that previously defined us, asks Matt Mitchell. 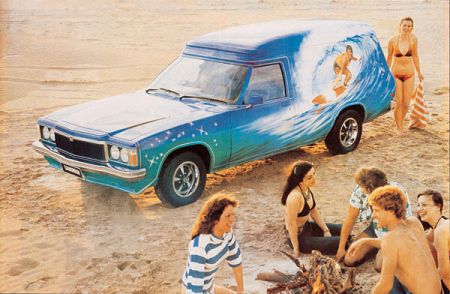 We are the lucky country. Not because of our natural resources (although this is lucky too) but because of the type of society we have. Or rather did have ― it is changing. The Australia of my 1970s childhood was far from perfect, but it had some very good attributes. One was the belief that everyone was equal. Individuals may have excel in some areas – sport, science and so on – and these achievements were lauded, but this did not make them any better than the rest of us. And to make sure no-one's head got too big, there was a phenomenon known as the 'tall poppy syndrome', whereby prominent citizens had their feet kept on the ground. An Australian trait that, in my opinion, was not entirely without merit.

Another Australian trait was the willingness to always help someone out ― especially strangers. If your car was broken down on the side of the road, someone would always stop to help. Once, my car caught fire. A bloke pulled up, pulled out an extinguisher, extinguished the fire out and drove off before I could even say "thank you"

I haven't seen many people stop to help others on the side of the road recently. Perhaps its because everyone has mobile phones now? Or maybe we're all just in too much of a rush?

Anyway, there have been a lot of improvements since the '70s. We are more tolerant of difference, we cater better to people with disabilities, we maintain the principle that those who are less fortunate should be helped by the more fortunate ― even if our elected representatives use labels such as "work for the dole" that imply all these people are bludgers who would prefer to get money without working.

No-one is perfect I suppose – certainly not our  parliamentarians – but what about the rest of us? Are we collectively better than this? Let us judge ourselves by our works.

There are clearly areas of activity in our society that have not progressed since the 1970's. Some of these are actually dragging us backwards and threaten, not only our our material prosperity, but also a further erosion of our social values.

One such area is economics.

The trouble is that, judging by their works, most economists do not believe in egalitarian ideals ― they believe in elitism. Elitism is the idea that the full benefits of Australian society are deserved only by a few. This implies that economists do not believe in helping the less fortunate ― because, under elitism, these people are seen as less deserving. But it is the absence of elitism that has traditionally been a distinctive part of Australian culture, due perhaps to the absence of an aristocracy or a extensive privileged wealthy class (of course, there were some wealthy pasturalists, but these were few and their wealth has declined along with their pastures).

The Australian of the 1970's was physically tough – or, at least, aspired to be – but was also fair minded. Australians back then valued manual work, thus the success of the 'hard yakka' and 'hard earned thirst' advertisements, which resonated with the attitudes of the time.

I wonder what advertisements resonate today?

By comparison, the Australian of 2012 seems somewhat conflicted ― torn between the old values and the new. Torn between a culture of principles and the new one ― of appearances.  You know, the one shoved down your throat with every page you download and with every billboard you pass; the world as constructed by marketeers and the suit wearing sharks circling for the contents of your wallet.

I don't blame Australians for being confused. In this glossy fabricated world, everything is confusing.

We talk about the environment as if it matters ― but then destroy it at almost every opportunity.

We are even weakening our environmental laws  ― laws which came about largely because of Australian values in the 1970's.

We read simultaneously about the benefits gained by privatisation ― and then that these same privatised companies are ripping billions of dollars off us.

We talk about the dangers of global-warming ― whilst preparing our electricity grids to deliver even more carbon generated power.

No wonder we are confused. I certainly am.

So what sort of people are Australians now?

I really hope they are not people who say they believe in one thing, but then do another.