The fresh prince of over there

A new person slips into line for the royal portaloo, writes Ross Jones, who takes a look at this huge clan of ribbon cutters and their tenuous relationship to Australia. 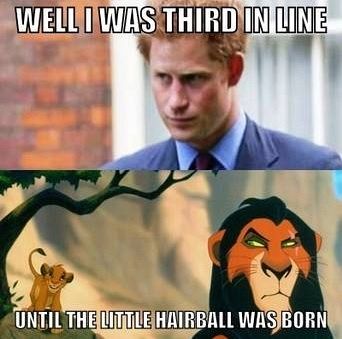 A NEW PRINCE. How charming.

Third in line apparently, way up the front of the long queue that snakes its way over hill and dale, far into the distance, away from the still-closed door of the royal portaloo. Beatrice, with her hat, is a few back. There are many more behind her.

Love a queue, your English.

And they love class.

Good times and bad, Celts to Battenburg, who’s in line for the portaloo queue and who’s a mere vassal has been pretty easy to pick. Sure, you’ve had your rich vassals, the Kray Brothers, for instance, or Sir Richard Branson, or any one of the Spice Girls, but stick any of them in front of a fair dinkum hereditary Lord and it’s all smiles and forelocks.

Exceptions like John Lennon are just that, exceptions. Lady Thatcher and Sir Jimmy Savile are not.

Of course, no one is infallible when it comes to handing out gongs — not even the Pope who, in 1990, disguised as John Paul II, appointed Savile as a Knight Commander of the Pontifical Equestrian Order of Saint Gregory the Great. It seems Savile was awarded the gong for doing things with/to/on horses, though what horses have to do with St Gregory I have no idea.

But back to the ruling class.

It’s just too easy to take cheap shots, fish in a barrel (possibly cod, stuffed with whiting, stuffed with anchovy, stuffed with sardine and finished with a dollop of hand-stroked caviar) so here goes.

Justin doesn’t sound like a bad bloke, a hard-working Sea King rescue pilot. Harry’s more your Mitford throwback who enjoys gunning towel-heads from the air-conditioned comfort of an Apache attack helicopter. Like partridge. Do they really have the same father?

There are no jokes about their mother. A right-royal tragedy. The family at work. The firm in action. After the biggest wedding ever, in front of the most people ever, he betrayed her.

But if you’re directly in front of the portaloo door, that’s ok, because it is time-honoured tradition for the crown to take a mistress and, if the wife chosen for reasons of real politic - either domestic or continental - gets the hump, then so what? Throw her to the Arabs, I say!

For the sake of the English, I really hope Wills does turn out to be a good and capable man; that his marriage is happy and the young prince thrives.

We do not need these people. We certainly don’t need them to rule over us. They don’t give a toss about Australia and why should they?

Is the Queen in the least bit interested in Ashbygate? She should be. It comes complete with sycophants and more queens than you can point a gilt carriage at. Also, it was a plot to overthrow one of her dominion governments, but I don’t see any royal outcry.

HM might photograph well, but don’t get sucked in to the old lady thing.

Waiting in the wings is a whole new generation of parasites, a portaloo queue hanging out to go to Coolum in summer to open something. Anything. At least they give the AFP something to do in pleasant locations.

If the Flintser and Kerrie what’s her face are the local defenders of British rule, I rest my case. I’m thinking Chris Pyne for the next GG, wouldn’t that be a hoot! Queen’s Representative. 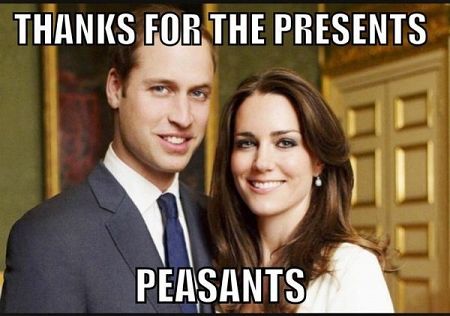