The fading cult of royalty

Barry Everingham says that the cult of royalty in Australia has been replaced by the cult of celebrity.

THE monarchists must be gnashing their teeth today—thousands of people turn out for Oprah at the Opera House; it proves celebrity in the 21st Century rules. 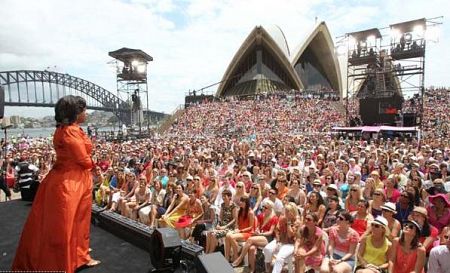 Well, possibly many young people curious to see the good looking, fabulously wealthy brothers who by an accident of birth have been catapulted on to the world’s stage, with a little help by Harry’s alcohol fueled late night rorts.

Which brings us to the question: just what have those people ever done for this country? Have they blazed trails over land never before traversed by Europeans? Did they endure years of hardship while they forged the character of Australia? Did they spend nine months on tiny ships sailing to the great unknown land, either as soldiers or convicts?

They answer is: they have done nothing for Australia—nothing whatsoever.

The wave of Europeans who came here, willingly or not, are the heroes…the republicans really. They were here under the orders of King George III – who was, to put it simply, barking mad.

So memo to monarchist: save us the hyperbole and please get yourselves a life. Your days are over, along with the system bringing this country down.